Department of Theory and History of State and Law

The department conducts theoretical and legal and historical legal researches, carries out the teaching of relevant legal disciplines at the first and second steps of higher education, as well as at the faculty for advanced training and retraining of leading cadres. 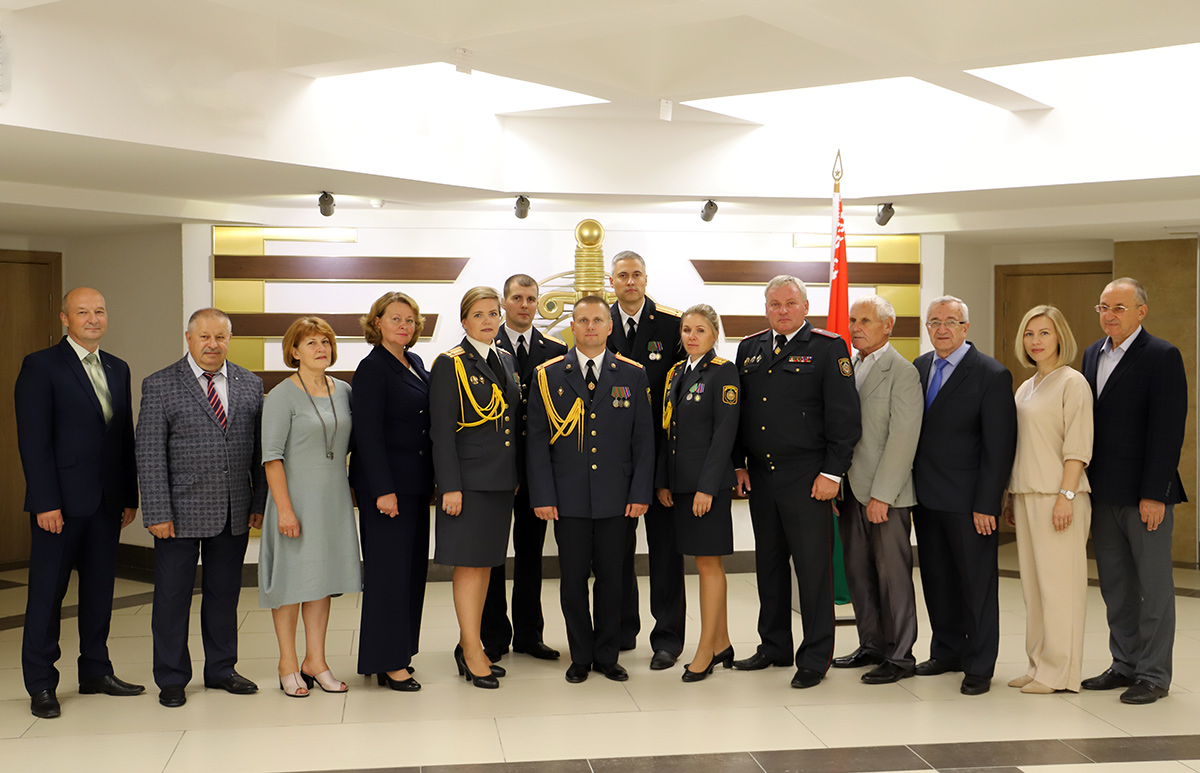 The Managment of the Department 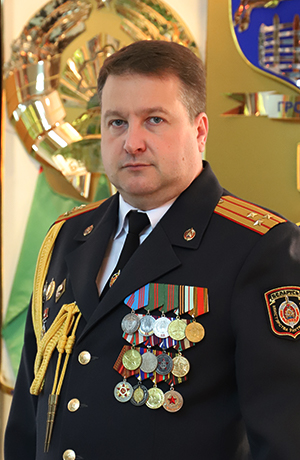 Deputy Head of the Department of Civil and Labour Law

Spheres of scientific interests are theoretical and applied problems of organization and activities of law enforcement agencies as well as issues of civil procedural law. He is an аuthor of more than 100 scientific and educational publications, including monographs and textbooks.

M.Pashkeev has some state and departmental awards 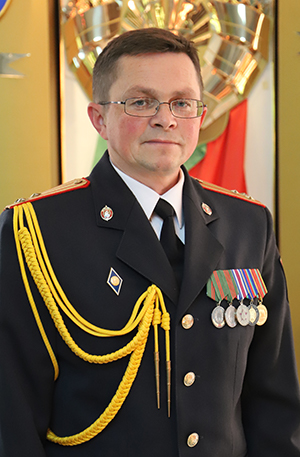 The main field of scientific interests is the history of law enforcement agencies, the history of the state and the law of Belarus. He is the author of numerous scientific and educational-methodical publications.

He was awarded the medal "For Irreproachable Service" of the III degree.

After Belarus gained state sovereignty was established the Academy of the Militia. In its structure in 1992 the Department of Theory of Law and History was formed, which included employees of the Department of State and Legal Disciplines, as well as the former Department of Political History.

The modern department was created on the basis of previously independently operated departments. They are state and legal disciplines and history of the CPSU. In August 1998 the department received its modern name – the Department of Theory and History of State and Law.

At present, the department teaches disciplines at the first stage of higher education, in the magistracy, at the faculty for advanced training and retraining of leading cadres. Electronic educational and methodical complexes have been developed and are being actively used, textbooks and teaching aids have been issued with the stamp of the Ministry of Education, the Ministry of Internal Affairs, the educational and methodological association of the Belarusian State University.

By the 50th anniversary of the department, the head of the department V. Pavlov, the associate professor of S. Lapanovich and the lieutenant colonel of militia in reserve A. Radoman prepared a colorful information booklet, which reflects the main achievements of the Department of Theory and History of the State and Rights. (Electronic version, pdf, 105 MB.)

The department actively cooperates with leading educational and research institutions of the country – the law faculties of the Belarusian State University and the Belarusian State Economic University, the Institute of Legal Studies of the National Center for Legislation and Legal Studies. Links are maintained with foreign educational and research institutions, among them the Moscow University of the Ministry of Internal Affairs of Russia named after V. Kikotya, the Nizhny Novgorod Academy of the Ministry of Internal Affairs of Russia, the St. Petersburg State University, the University of Warsaw.

The Department of Theory and History of State and Law in the Academy of the Ministry of Internal Affairs is not only a professional pedagogical community, but also a serious scientific team that constantly carries out scientific research work. Traditionally in the center of attention of the department's scientists there are various problems of theoretical and legal and historical and legal science.

Over the past 20 years, about 20 monographs, over 300 scientific articles, and a number of collections of scientific conferences have been prepared by the teaching staff of the department on various problems of theory and history of the state and law. Reviewing of dissertational research, articles, monographs, textbooks, teaching aids is constantly carried out.