Department of Tactical and Special Training of the Faculty of Militia

The department carries out educational and research activities in the field of tactical and special training of law enforcement officers. Educational disciplines contribute to the formation of students' knowledge, skills and abilities in dealing with various types of firearms, special means and special equipment, as well as in the organization and conduct of special operations by ATS units. 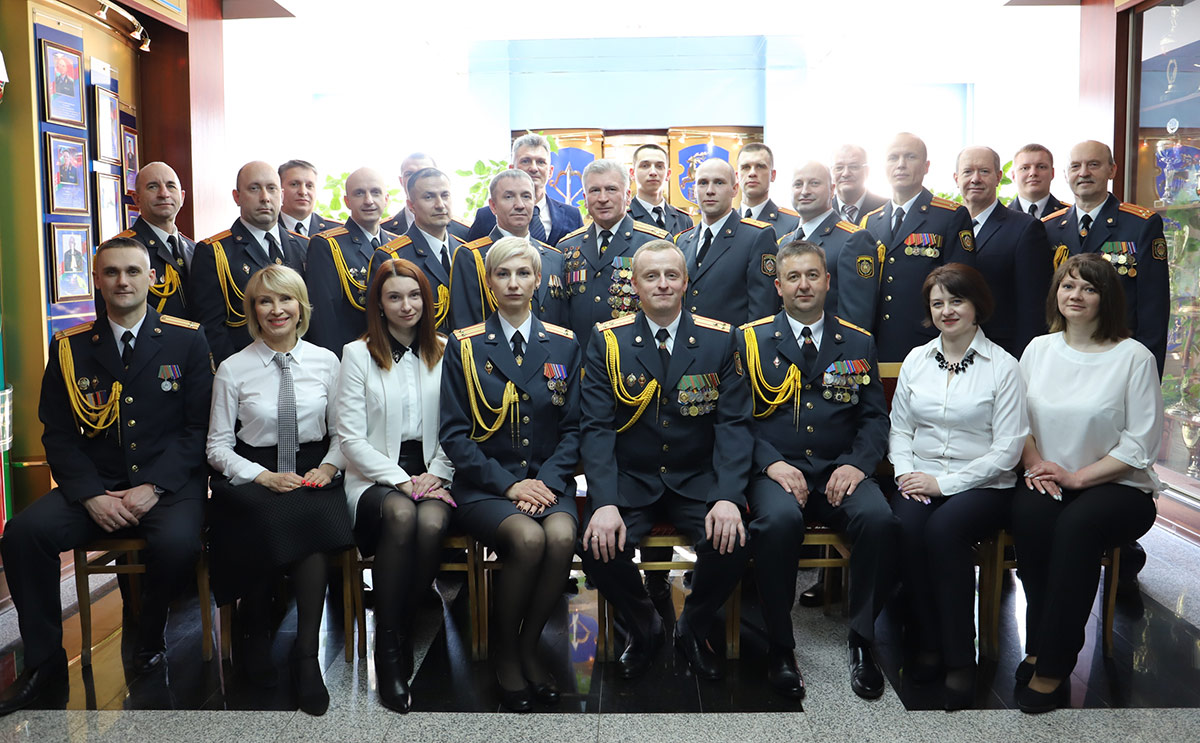 Managment of the Departament 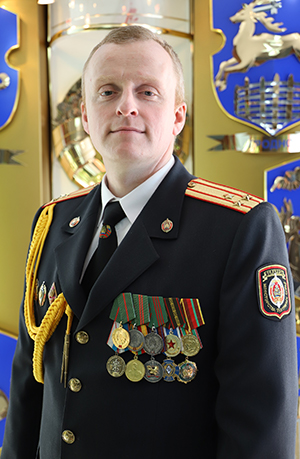 Head of the department of tactical and special training

He is engaged in questions of improving tactical and special training of employees of law enforcement bodies. He has a number of scientific publications.

D. Ermolovich has some state and departmental awards. 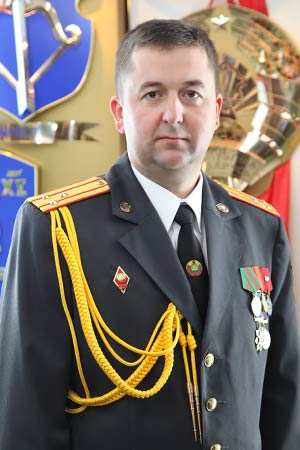 Deputy Head of the Department of Tactical and Special Training

colonel of militia
Candidate of Juridical Science (PhD in Law)

The sphere of scientific interests is the prevention of youth crime and the problems of fire training of law enforcement officers.

Y. Selyatytsky has some state and departmental awards.

The department was founded in 1975 and was called the Department of Military-Service and Physical Training. The first head was the colonel of internal service, Candidate of Technical Sciences, Associate Professor AM Berezkin. In 1979, due to the transformation, two independent departments appeared, one of which was named the Department of Mobilization and Tactical-Special Training.

The staff of the department perfected special knowledge and skills during the practical service of ensuring public order during the XXII Summer Olympic Games (Moscow, 1980), the 12th World Festival of Youth and Students (Moscow, 1985), the liquidation of the consequences of the Chernobyl accident (1986) year), the emergence of social and national conflicts in Yerevan (1988) and Nagorno-Karabakh (1989). Accumulated by the officers of the department, the experience of practical actions of the subdivisions of the internal affairs bodies in carrying out the service in special conditions became the basis of the teaching and methodological materials used in the training of future officers.

In 2001, after the next transformation, the department of tactical and special training continued to work as an independent structural unit of the Academy of the Ministry of Internal Affairs. Later, our own educational and material base was formed, educational and methodological complexes were created for the subjects taught. It has become a tradition to invite employees of practical units to conduct training sessions.

An important area of the department's activity is the preparation and participation in the competitions of the national team of the Academy of the Ministry of Internal Affairs for shooting from the service weapon. This work is carried out within the framework of groups of sports improvement. The team has repeatedly become the winner and winner of the championships of the Ministry of Internal Affairs and law enforcement bodies of Belarus. Among the graduates of the Academy there are many candidates for masters of sports and masters of sports in shooting from the time-table weapon.

In 2010, the primary organization of the Republican Public Association "Belarusian Federation of Practical Shooting" (IPSC) was established and successfully operates on the basis of the department.

The faculty of the department takes an active part in the organization and holding of thematic training and methodological seminars, as well as in practical shooting competitions, including among special units of the law enforcement agencies of Belarus. This contributes to the acquisition of new knowledge and experience on current issues, allows us to objectively assess the level of possession of firearms by the staff of the department. It is no coincidence that in the educational process in September 2011 a fundamentally new curriculum on the discipline "Fire training" was introduced, which includes various elements of the technique of shooting and tactics of conducting fire in various conditions.

Scientific development of the department is carried out in a number of topical areas: "Improving the organization and tactics of the activity of employees of law enforcement agencies in special (extreme) conditions", "Improving the fire training of police officers and their equipment", etc. The chair acts as an organizer and active participant in the republican and international conferences.

Since 2010, the representatives of the department actively participated in state research programs, which resulted in changes to a number of laws of the Republic of Belarus ("On the Martial Law", etc.), educational (practical) manuals and textbooks (" Internal Affairs "," Fire Preparation "," Territorial Defense of the Republic of Belarus ", etc.). At the department, the preparation of dissertational studies in the framework of training in magistracy and adjuncture of the scientific and pedagogical faculty of the Academy of the Ministry of Internal Affairs is conducted.