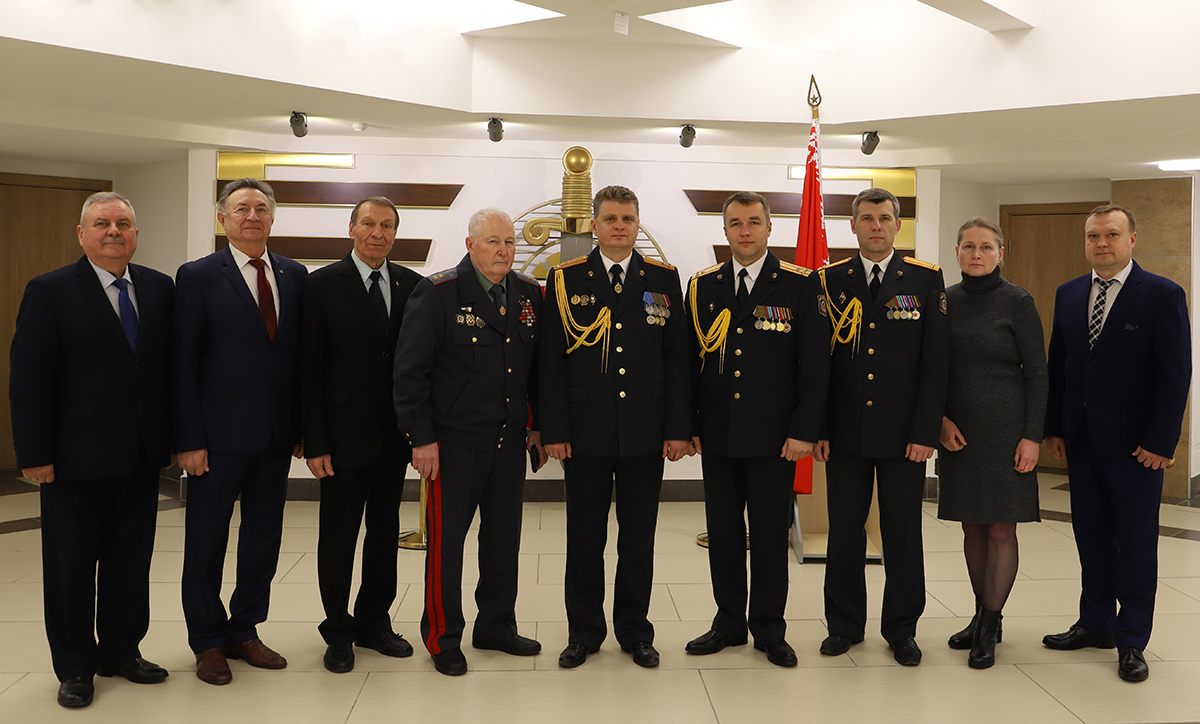 Office: +375-17 289-21-83
Address: 220005, Minsk, Masherov Ave, 4
List of the main publications of the Department
Faculty of advanced training and retraining of management personnel

The Management of the Department 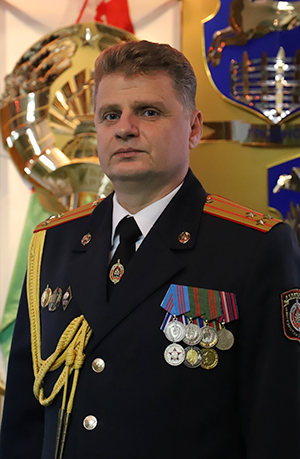 Head of the Department of Law Enforcement Management

Deputy Head of the Department of Law Enforcement Management

In the 3 of November of 2011 he got awarded the academic degree of candidate of legal sciences for writing a dissertation on "Administrative and legal regulation of crime prevention and its provision by the police of public security."

Author of more than 50 scientific works, including monographs. Participated in the preparation of various acts of legislation, methodological recommendations of the Ministry of Internal Affairs.

Area of scientific interests: administrative and legal regulation of the prevention of offenses, administrative-tort law and process..

V.Kolyago has some state and departmental awards.

The department is created to carries out the tasks of creating a system of continuous management education, including education in the field of management of internal affairs bodies and management training of staff members in the reserve of leadership.

The department provides the educational process in the implementation of educational programs for the first stage of higher education, additional education for adult , including advanced training and retraining of management staff and specialists of the Ministry of Internal Affairs and other bodies of law enforcement agencies of the Republic of Belarus, provides training for magistracy students at the second stage of higher education in specialties 1-93 81 02 "Personnel Management and Ideological Work in Internal Affairs Bodies" and 1-93 81 03 "Public Administration of the Authority and internal affairs. "

Teaching staff every month conducts classes with the staff of the law-enforcement agencies, who assigned to the positions of the main and accounting and control nomenclatures of the Ministry of Internal Affairs.

The Department has prepared electronic educational and methodological complexes included in the State Register of Information Resources::

The department carries out research work on the topic "Ways of improving management and training of management personnel for law enforcement agencies."

The department is the organizer and participant of conferences, including international ones. In the scientific interests of the faculty - the use of intellectual technologies in management activities in the formation and implementation of the strategy of human resources management, the specifics of continuing education and retraining of management staff, state personnel policy, etc. At the department is carries out scientific and educational activities by former Ministers of Internal Affairs of the Republic of Belarus - Candidate of Military Sciences lieutenant-general in retirement Valentin Agolets and Candidate of Legal Sciences, associate professor, retired lieutenant general Yury Sivakov. Professor of the department is formerly the chief of staff of the Ministry of Internal Affairs, candidate of legal sciences, colonel of militia in retirement Anatoly Bekeshchenko.