The department carries out educational activities in economic and legal disciplines, conducts research work in the field of organizing investigations of economic crimes and ensuring economic security of the state. 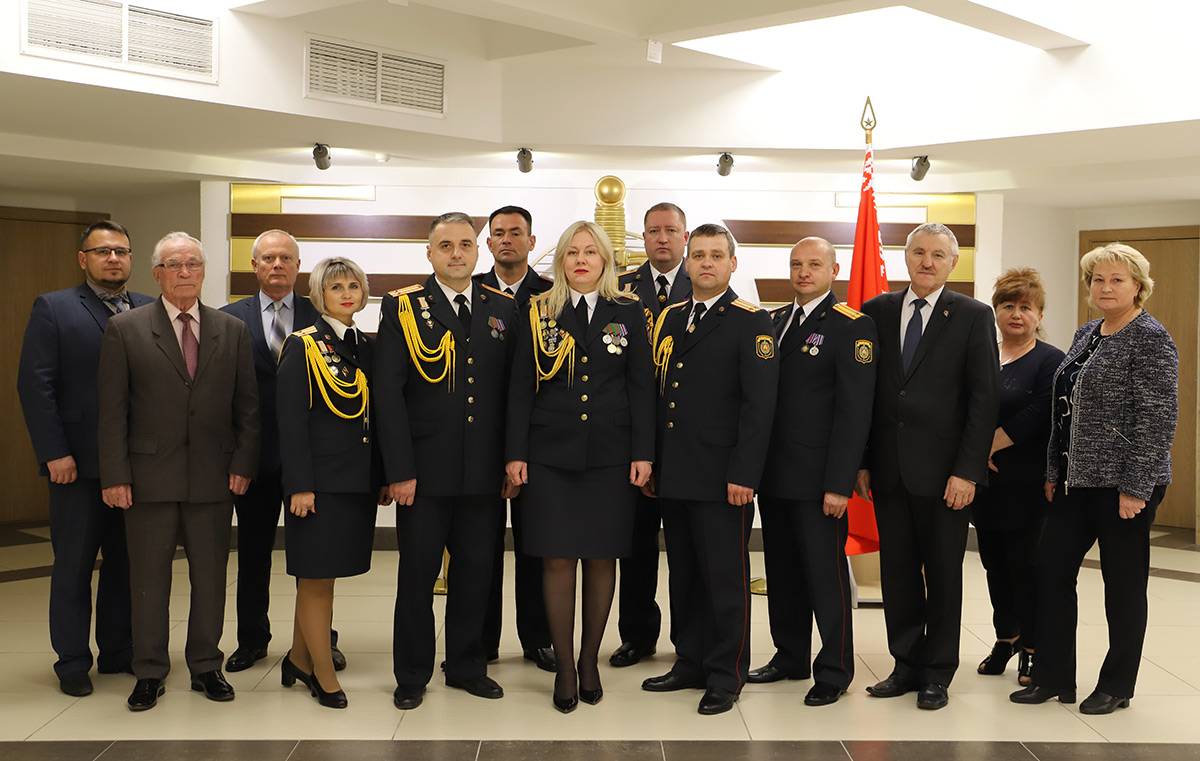 Managment of the Department 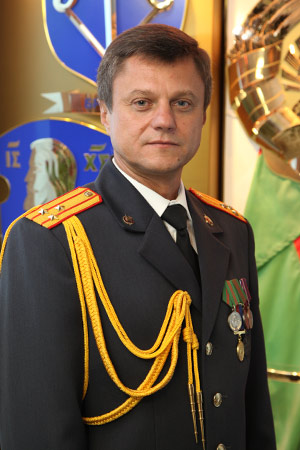 Head of the Department of Economic Security

The author of more than 100 publications. Scientific research closely links with the practical activities of law enforcement agencies, participates in the examination of draft normative legal acts. He is the author of a scientific and practical commentary to Chapter 8 of the Law of the Republic of Belarus "On Internal Affairs Bodies".

A. Vishnevskiy has some state and departmental awards.

The Department of organization of the fight against economic crime was established in 1993 on the initiative of the Ministry of Internal Affairs on the basis of the decision of the Council of Ministers. The need to create a profile department is dictated by the ongoing socioeconomic transformations in the country, the severance of ties between the former Soviet republics in the training of personnel and the increasing criminalization of the economy. Already in the first year of the department's existence, 30 graduates of the daily form of training were trained and sent to the service to combat economic crime. In the system of professional development, more than 100 practitioners were retrained.

Activity of the department had a pronounced practical orientation. Curricula and programs were updated annually in accordance with the scientific developments, the requirements of practice and priority directions of the struggle of the internal affairs agencies with economic crime. The department provided instruction in special academic subjects in the second and third courses "Judicial Accounting", "Financial Law", "Economic Law", etc., on the academic discipline of the specialization "Disclosure of Economic Crimes" and special courses - in the fourth year.

By 1998, the system of educational disciplines of the department consisted of two blocks: the disclosure of economic crimes (a set of special courses and special seminars of operational and economic orientation) and legal regulation of the economy (Financial Law, Commercial Law, Tax Law, Forensic Accounting, "Accounting and audit", etc.). In the late 1990s, the Department of the Organization for Combating Economic Crimes was renamed the Department of Disclosure of Economic Crimes.

Formation and development of the department in this period are closely connected with the beginning of training at the Academy of the Ministry of the Interior of lawyers with knowledge of the economy. New academic disciplines of economic orientation appeared: "Banking", "Prices and Pricing", "Finance", "Statistics", etc. The best teachers of Minsk higher education institutions were involved in the educational process in the profile of the department and economists-practitioners - bank employees, specialists Department of Finance and Logistics of the Ministry of Internal Affairs, Ministry of Economy, Ministry of Finance.

Much attention is paid to the practical component of the learning process. In the tradition of the department, conducting practical classes with students on the basis of the National Bank, the Belarusian Currency and Stock Exchange, the RRB-Bank, the Agro-Combine "Snov", etc.

The department maintains close contacts with various state bodies, services and units of the Ministry of Internal Affairs and other law enforcement bodies, educational institutions of Belarus and the CIS countries, which is expressed in carrying out joint scientific research and preparing conclusions.

The future of the department is inextricably linked with the wide introduction in the educational process of modern forms of the educational process, electronic technical means of instruction, improvement of pedagogical skills, closer connection of scientific research to the requests of practical units of law enforcement agencies.

Since 2012 the department organizes and conducts the republican scientific and practical conference "Theory and Practice of Economic Security in the Republic of Belarus", a cadet scientific and practical conference "Problems of improving the legal regulation of economic relations in the Republic of Belarus at the present stage".