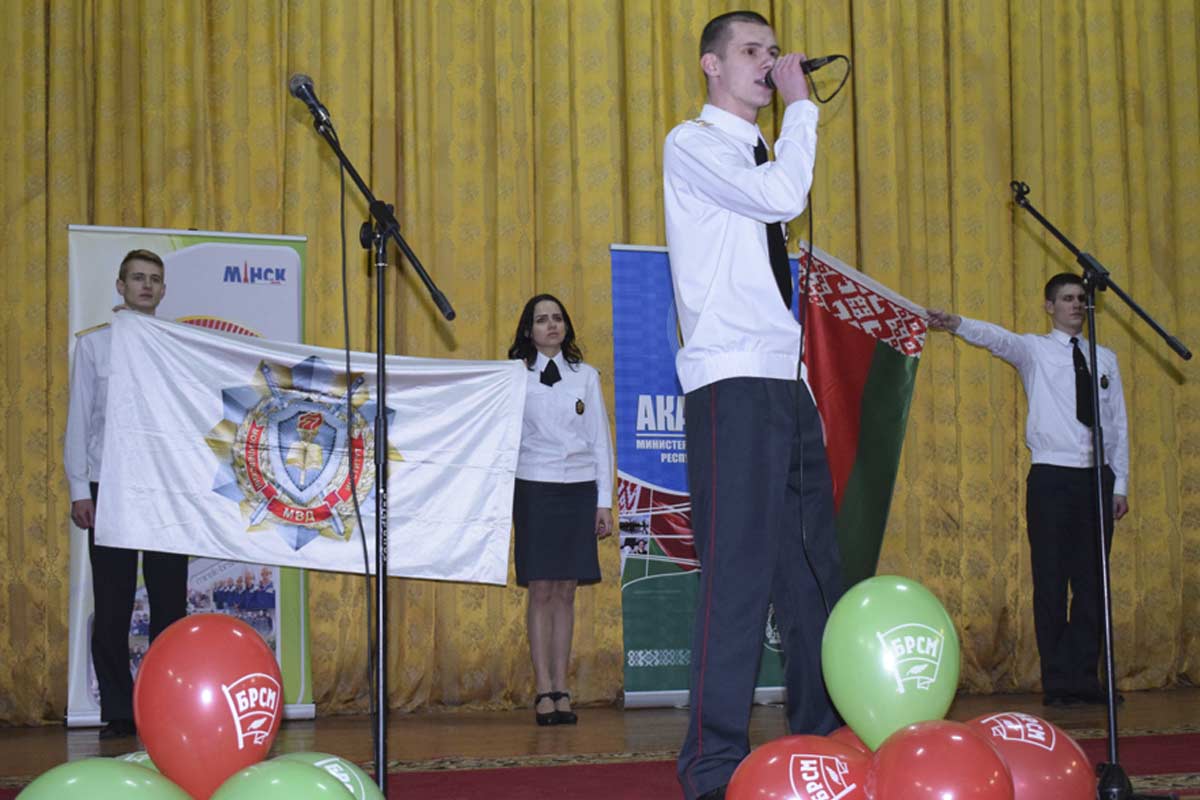 The competition "Alma Mater Hymn" was held with the participation of seven Belarusian universities. The current forum, the 11th in a row, has become a real festival of creativity.

Cadets in verse and song form told about the chosen profession, their faculties and universities. Creative competitions traditionally took place in two categories: the poetic one - "Crystal Feather" and the musical one - "The Golden Lyre". In each, eight works were presented that won the qualifying stages of the competition.

Opening the event, the chairman of the jury - the deputy head of the Academy of the Interior Ministry, colonel of militia Valentin Tsurko noted:

- The "Alma Mater Hymn" is one of the most remarkable traditions of our educational institution. Thanks to the creative forum, many have even more opportunities to realize their talent. But it is really important for a young man today to reveal his abilities and find an application to creativity.

The fact that the future officers are really talented, said the Belarusian playwright Alexei Dudarev, who was also a member of the jury and at the end of the competition presented awards to the contestants. All performances turned out to be so bright, strong, memorable, that it was difficult for invited experts to make assessments. As a result, the prize places were distributed as follows:

in the nomination "Crystal Feather":

in the nomination "Golden Lira":