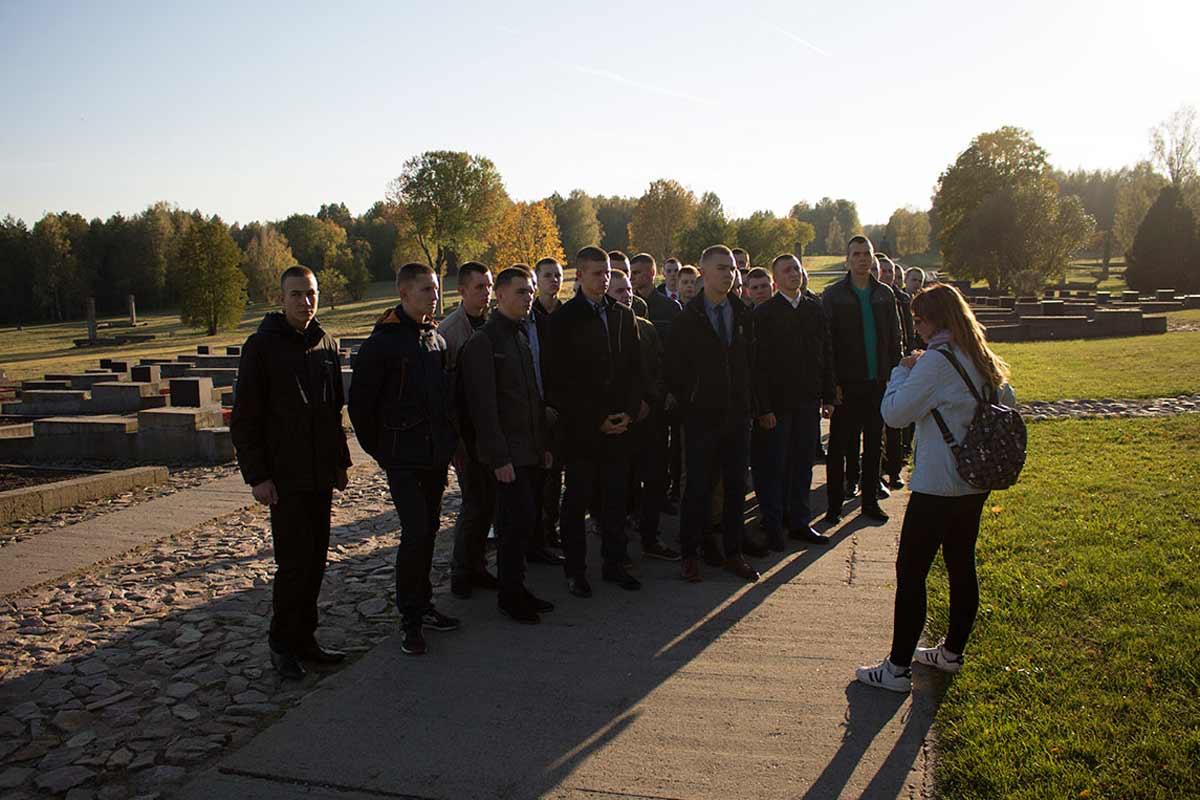 Mid-October for the cadets' faculties of the Academy of the Ministry of the Interior was rich in events and promotions. Traditionally we provide an overview of the most significant and interesting events.

Studying at the university implies not only the acquisition of knowledge and skills in the chosen specialty, but also participation in charity events, teamwork, and cultural leisure. For this reason, the leadership of the faculties always tries to diversify the free time of the cadets with interesting events, meetings and trips.

Thus, the labor force of the militia faculty assisted the administration of the Soviet district of the capital in improving the territory of the Military cemetery, and then helped the district with planting trees and planting trees. The cadets were also picked up by the cadets of the examining faculty. Activists of the “primary organizations” of the Belarusian Republican Youth Union took part in the republican charity event “Restoration of the Shrines of Belarus”. The cadets helped to restore order in the territory of the Temple-monument in honor of All Saints and the Minsk Theological Seminary named after St. Cyril of Turov.

And what could be better than to take a rest and cheer on your favorite teams in one of the most masculine sports - hockey after physical work? The cadets of the three faculties unanimously visited the multifunctional cultural, sports and entertainment complexes Minsk-Arena and Chizhovka Arena, where they enjoyed watching spectacular hockey games.

The cadets of the militia department visited the memorial complex “Khatyn”, as well as a unique international exhibition “Belarus and the Bible”, dedicated to the most famous and influential book in the history of mankind. The exhibition was held in the National Library of Belarus. By the way, the professor of the Belarusian and foreign languages ​​department, Valentina Moroz, advised to see this exposition of young people. The students had a unique opportunity to get acquainted with almost 200 handwritten and old printed book culture rarities, reflecting the history of the creation, distribution and preservation of the Bible. Many books have never before been shown in Central and Eastern Europe.

Angelica Vydzhak-Targonya, GIOS Academy of the Ministry of Internal Affairs.
Photo by Pavel Stasevich, Faculty of Police, 1 "B" course