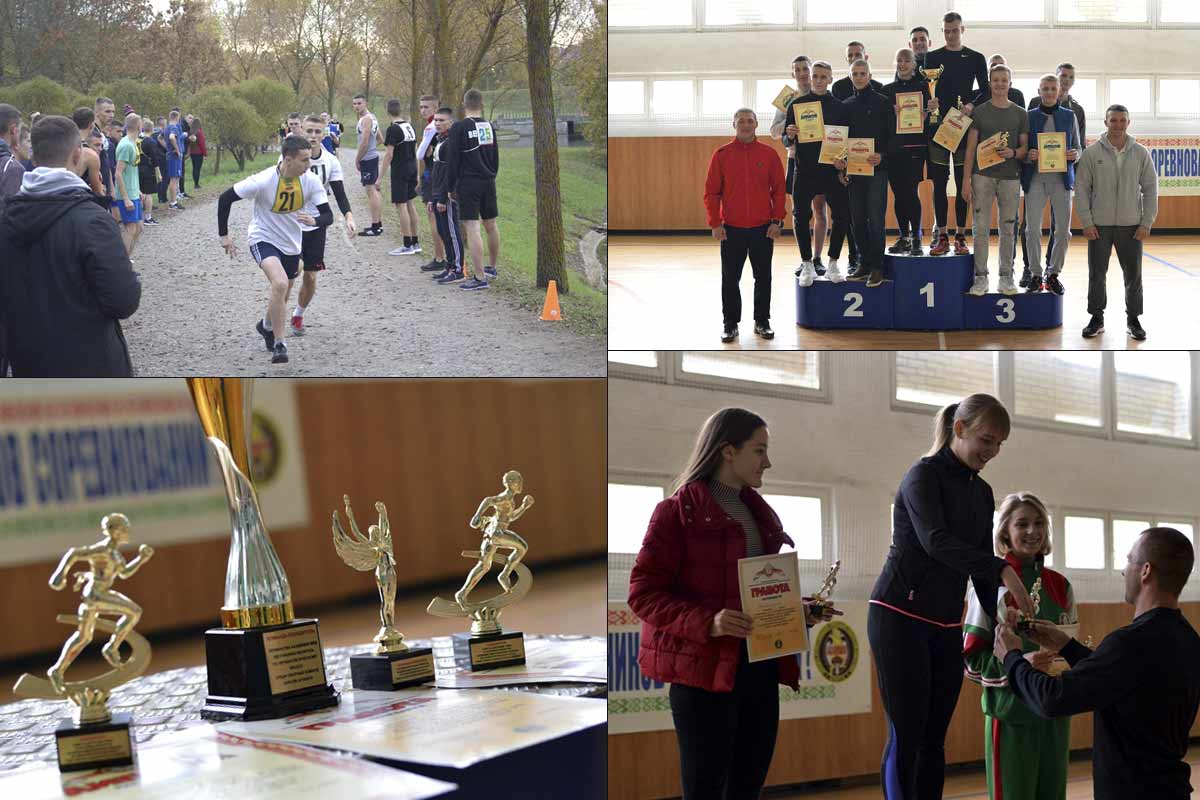 Teams of courses took part in the championship of the university in cross-country athletics. The competition program included three-run races and a baton.

The championship was held on the basis of the investigative faculty. Five participants from each course competed. Everyone wanted to show the best result and be the first to cross the finish line. The leaders were 4 course, which is not surprising - during their studies, graduates gained good form.

So, at a distance of 5000 meters, a student of the 4th “A” course of the Faculty of Militia Vadim Kuntsevich, who finished ahead of all the participants of the race, declared himself. The 4th year student of the Faculty of Investigation and Expert Department Vladislav Miklashevsky overcame the 3000m faster, and his classmate Natalya Petukhova won the 1000m distance among the girls. The team of this faculty became the leader in the relay and according to the overall results of the track and field championship.

Junior courses are also pleased with the results. First-year athletes Angelina Katkova (criminal-executive faculty) and Yana Gubskaya (investigative-expert faculty) took second and third places respectively. And in the relay "bronze" won the team 1 "B" of the course of FM. By the way, the athletes of the militia department, with their enviable results in various competitions, secured two teams at once in the overall standings: “silver” in 2 “A” courses, “bronze” - in 3 “B” courses.

Of course, let's call the names and the other winners. In the relay the second line in the final protocol was taken by representatives of the 2 “A” of the FM course. The athletes of the same course, Kirill Pisaruk and Kirill Babul, finished 3000m at the 3000m distance with the second and third results respectively. At the longest distance, their classmate, Sergey Vashumirsky, took third place, giving way to silver to athlete 3 “B” of the FM course Ilya Vyshin. 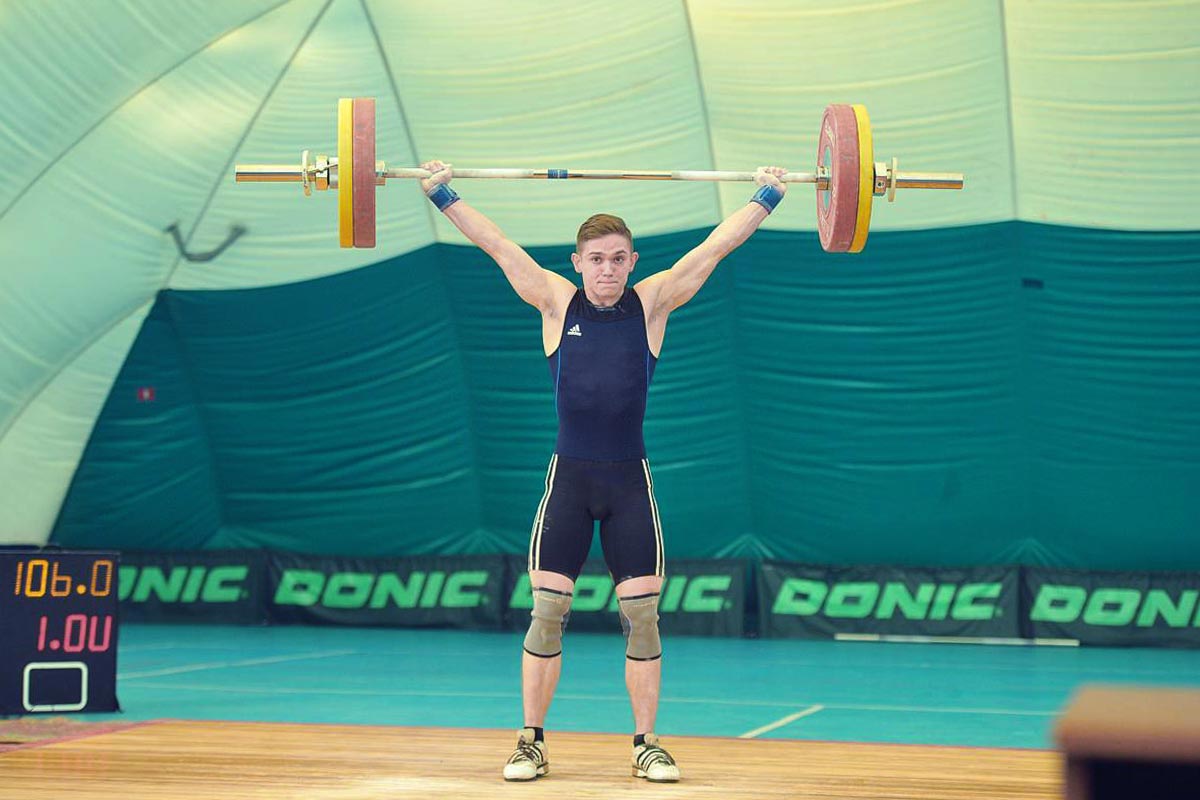 After entering the Academy of the Ministry of Internal Affairs, the guy began training with Alexander Lobach and Valery Sharia (by the way, Valery Petrovich is the first Olympic champion of the BSSR). In April of this year, our cadet took part in the Republic Cup, where he won second place among adults. Before the victory, only 2 kg was not enough, but Nikita fulfilled the standard of the master of sports.

At the department of professional-applied physical training, we are sure that the cadets still have a lot of bright achievements ahead of them and the names of the best athletes, including sambo wrestlers, will be heard more than once. Beginners and professional wrestlers will meet at the university championship in sambo, which will be held October 24-25 on the basis of the investigative faculty.

Interview for the Day of Belarusian science

A large interview with the deputy head of the Academy of the Ministry of Internal Affairs, Valery Rodevich, was published in the newspaper "The Guard". This is a special issue for the Day of Belarusia...
The Way from the Lyceum Student to the Cadet of the Academy...

The President of Belarus Alexander Lukashenko awarded diplomas of the doctor of science and certificates of professor to scientists of the country. Anatoly Savenok, representative of the Academy of th...
Nigerian Police Are Interested in Cooperation

The delegation of Nigeria met with the leadership of the Academy of the Ministry of Internal Affairs of Belarus to discuss the prospects of cooperation in the educational sphere.
Cadet Teams Are Preparing for the olympiad

The intellectual and creative olympiad “Patriot” will gather cadet teams from all over the country at the Academy of the Ministry of Internal Affairs on February 28.
The Academy will release 91 editions in the year 2020

This year, the Academy of the Ministry of Internal Affairs plans to publish 10 monographs, 45 study guides, as well as other literature. Books will be recognizable thanks to a specific design.
Meeting Participants of the Coordinating Council Talked about the Results and Work...

The Academy of the Ministry of Internal Affairs will continue to participate in the project of international technical assistance in the field of combating gender-based violence and domestic violence....
Scientist from the Academy was awarded Presidential grant

The Council of the President’s Special Fund for Social Support of talented pupils and students encouraged the youth of the Academy of the Ministry of Internal Affairs.
Ample Opportunities - for Psychological Assistance

A two-day training in the Academy of the Ministry of Internal Affairs brought together psychologists to discuss pressing issues of assisting migrants and strengthening professional skills.
International Conference Held at China University of Police

A delegation of the Academy of the Ministry of the Internal Affairs took part in an international conference held at the China University of Criminal Police in Shenyang.
World Championship bronze medalist

The world sambo championship was held in the South Korean city of Cheongju. A professor from the Academy of the Ministry of Internal Affairs of Belarus is among the winners.