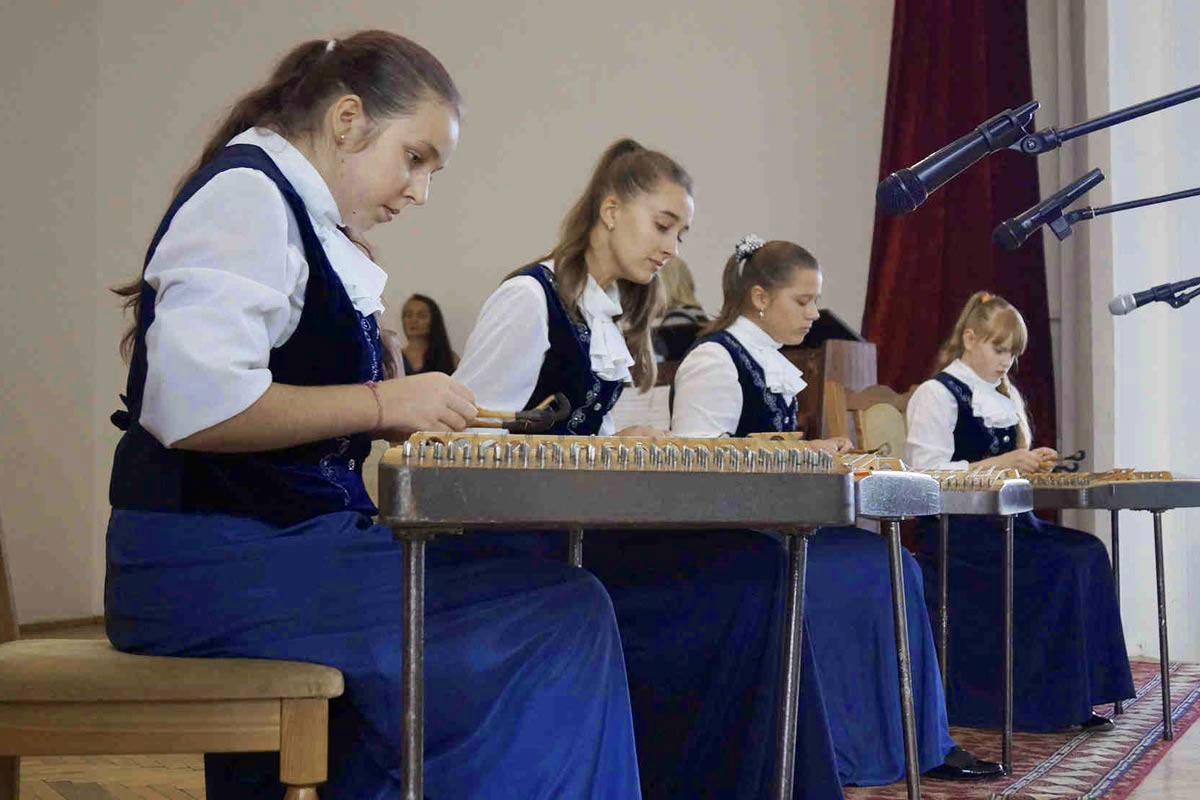 Within the framework of spiritual and moral education, cadets of the Academy of the Ministry of Internal Affairs became participants in the project of the Days of Orthodox Culture, which is being implemented with the support of the Writers' Union of Belarus.

The concert, held within the walls of the Faculty of Corrections, was attended by the church choir and the children's model choir “Verasok” of the school number 119, conducted by Natalia Stepanova. Melodic instrumental numbers performed the accordion quintet composed of Ilya Kochev, Ilya Radevich, Nikolai Filonchik, Gleb Lyakh, Maxim Shipko and the Zorachki ensemble from the 119th secondary school.

Soloists of the national academic choir of Ukraine sang Ukrainian songs, circus actress Varvara Ovcharova showed a dizzying acrobatic number “Girl on the Ball”, and her colleague Bogdan Kozakov showed the students the wonders of the heroic strength.

There were also poems in the concert program: members of the Writers' Union of Belarus Tatiana Dashkevich and Elena Mihilenko revealed the themes of patriotism and relations between people.

Faculty management has prepared another cultural program for young people - third-year students visited the city of Nesvizh, its palace and park complex and museum.

The guide conducted a group of cadets through the restored majestic halls of the castle, introduced the history and architecture of that era. Girls and boys saw how it was customary to receive high-ranking guests, got acquainted with the reproductions and originals of the portraits of the castle owners, ancient armor and weapons, the chapel with the original family tablets of the Radziwills.

After visiting the castle, one of the cadets, for whom Nesvizh is a small homeland, showed his favorite picturesque places to his fellow students. Of course, it was not without a photo shoot, the weather was good for it.

According to the materials of Konstantin Volchetsky,
Faculty of Corrections, 3rd course.
Photo of Nikita Derevyanko, Valentina Kuprienko