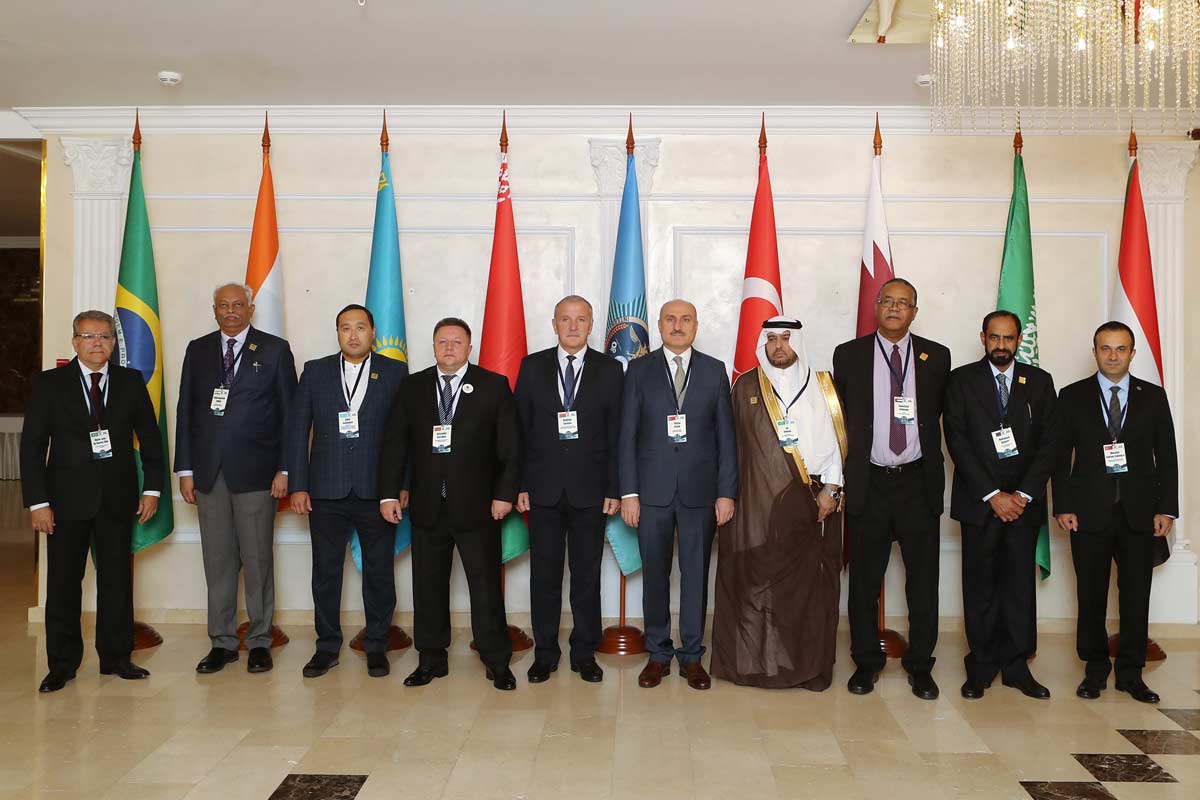 A landmark event for the leading Belarusian militia university takes place these days in the capital. The Academy of the Ministry of Internal Affairs hosts the 15th meeting of the INTERPA Executive Committee.

The idea of creating the International Association of Police Academies (INTERPA) originated within the walls of the Turkish National Academy, where students from 18 countries were studying at that time. The association itself was established on July 2, 2011 in Stambul (Turkey). Two months later our university joined it. Today, INTERPA unites 72 police educational institutions, which represent 57 states. Such a partnership enables law enforcement educational institutions to share best practices in educational, research and other fields.

Thanks to active cooperation, in 2013, The head of the Academy of the MIA Vladimir Bachila Major-General of the militia Candidate of Juridical Science, Associate Professor was elected to the executive committee in 2013, and in 2016 he became the Vice-President of INTERPA.

Delegations from Brazil, Kazakhstan, Qatar, Saudi Arabia, Sudan and Turkey came to Minsk for a meeting. The guest of honor is the president of INTERPA, the rector of the National Police Academy of Turkey, Professor Ilmaz Cholak. At the opening, the participants are welcomed by the Deputy Minister of the Interior, Major General of the militia Alexander Barsukov.

The execution of committees on these days discusses a number of important issues (combating terrorism and cybercrime, ensuring order during mass events, raising the qualifications of faculty members at international training centers of the countries participating in the association), and also considering the application for joining the association of new universities.

The choice of Minsk as a venue for the XV meeting of the INTERPA Executive Committee is not accidental. The Academy of the Ministry of Internal Affairs of the Republic of Belarus takes an active part in the activities of the association. “Police work with”, “Police work with students and teachers, population”, etc. Edited by Vladimir Bachila for INTERPA in Russian and English editions of compilations-manuals “The structure of the police / police of the countries participating in the International Association of Police Academies (INTERPA ) "And" The structure of educational institutions of the police / militia of the countries - participants of the International Association of Police Academies (INTERPA) ". By the way, the issue of republishing these manuals in connection with the expansion of the geography of the association was also discussed in Minsk.

For the first time in the Belarusian capital, the INTERPA international meeting is being held in a new format. The head of the police alma mater offered his colleagues an innovation - a mandatory familiarity with the educational language where meetings or conferences take place. The second part of the forum was held on the basis of the Academy of the Ministry of Internal Affairs.

The meeting began with a visit to the International Training Center for training, advanced training and retraining of personnel in the field of migration and combating human trafficking. Delegations were held with thematic trainings and other events that are held at the center with the participation of experts (about 30 educational programs are implemented a year, a quarter of all students are foreigners). We studied collections of educational and thematic plans of the Academy of the Ministry of Internal Affairs for all courses.

With the introduction of information technology in the educational process and the most interesting courses using modern techniques, the head of the university introduced the guests during a tour of the academy. They stayed for a long time in the operational situation headquarters, a specialized office for teaching the basics of public relations and media relations, a multimedia media center for managing information technologies of the Academy of the Ministry of Internal Affairs.

The guests attended a full-fledged lesson, where future law enforcement officers were trained in profiling, which is connected to one of the sections of forensic science by habitoscopy (studies the appearance of a person).

They also talked about the experience of training employees to ensure the observance of order when holding world-class sporting events, the work of law enforcement officers with the public. We discussed the features of the disclosure of crimes in the field of high technologies, the methods of searching for violators using public access programs. By the way, the unique software products of the creation and the cadets themselves: a graduate of the Academy as a thesis developed a project to determine the location of a person on a number of markers. The program is now being tested in police units.

- INTERPA is a platform for sharing experience. “We are coming together to share the best practices of training specialists in the field of combating crime,” said Professor Ilmaz Cholak. - The approach of the Belarusian colleagues to the educational process is modern and meets international standards. We thank the host country for organizing the meeting of the executive committee of the association, an extensive program of acquaintance with the university and teaching methods, for the opportunity to get to know your wonderful country. We are firmly convinced: the fight against crime is the concern of every state.