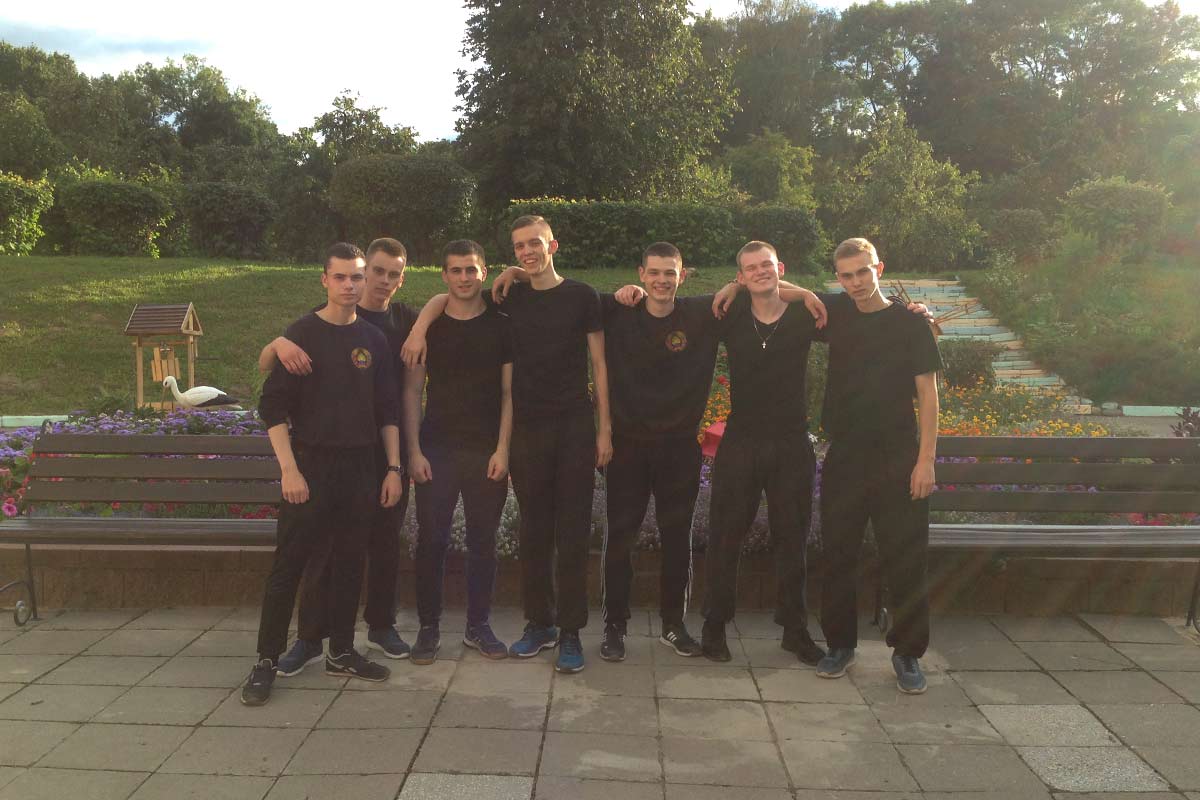 Cadets of the correction faculty took part in the republican charitable action "To school with a good heart". Representatives of the Academy visited the auxiliary boarding school No. 7 in Minsk.

Future officers assisted in the assembly of furniture. The work was uncomplicated, but requiring accuracy. The cadets cope well, and by the new academic year the interior of the school has changed. Though, they will appreciate the results of this work a little later (during the visit of the guests from the Academy, the children were on vacation in a summer camp).

- The success of a person is largely based on his spiritual wealth, the component of which is the ability to help unselfishly. Our cadets have such wealth, - says the assistant of the faculty chief for work with youth, major of militia Alexey Ermolenko.

While some volunteers collected new furniture for children, others helped the capital to become even more beautiful. Participating in the social action "Make the city cleaner" in the Soviet district, cadets of the militia faculty for two days put in order the paths and lawns of the Minsk Park of the people friendship.