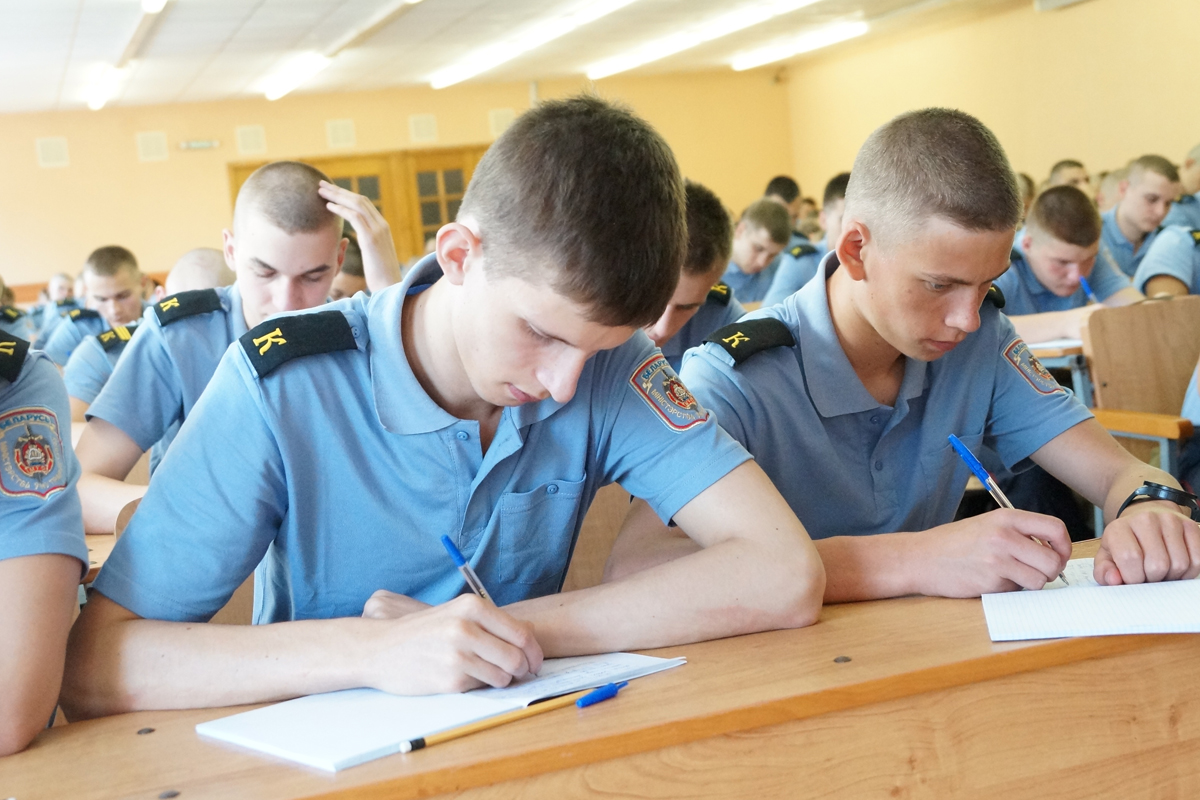 The first year of training began. After the solemn opening ceremony on August 6, the recruits went to their first classes.

During three and a half weeks, first-year cadets of the Academy will learn the basics of the police service.

On the morning of August 6, during the solemn opening of the training gathering the head of the Academy major-general of militia Vladimir Bachila congratulated the newcomers. He noted that the entire educational program is aimed at the education of comprehensively developed, erudite future officers.

The head of the Academy held classes on the specifics of the organization of the educational process in the institution on the discipline "Initial vocational training".

Step by step recruits will approach to one of the most significant events in life - the solemn rite of bringing the oath, which will be held on August 30.