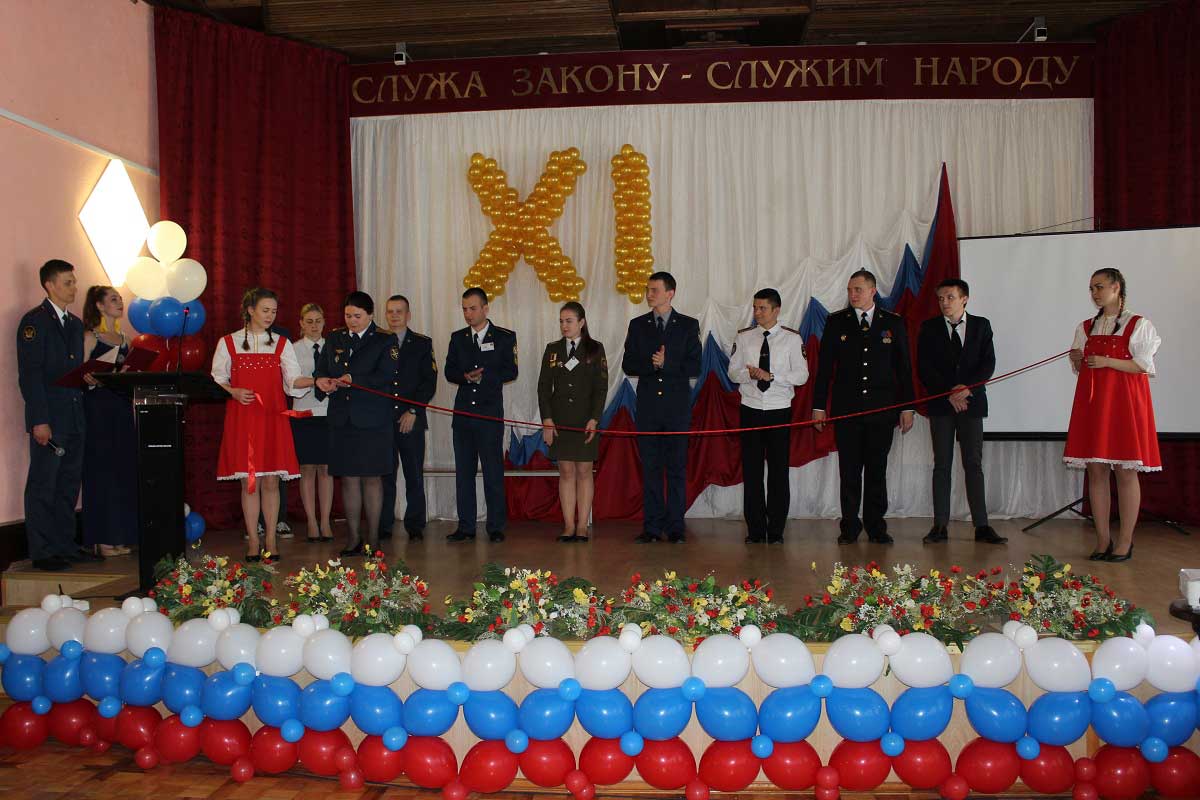 From the international forum the delegation of the Academy of the Ministry of Internal Affairs returned to the alma mater with prize-winning places, numerous diplomas and diplomas.

On the first day the cadets competed in the intellectual game "Brain-Ring", where they dignified a full team. The second day program envisaged holding five round tables and a multimedia projects competition. At the round table "Contemporary National Strategy for Counteracting Crime: Legislation, Theory and Practice", the police officer of the Academy of the Ministry of the Interior Alexey Yurgel won the victory with a report "Perspective directions of crime counteraction in the Republic of Belarus". The victory in the round table "Actual issues of the organization of labor adaptation of convicts" also went to the Belarusian team: the third year of the faculty of correction, the sergeant of the internal service Nikolai Lipsky, brilliantly delivered the scientific work "Actual issues of labor adaptation of convicts". Prize places in various nominations were taken by the rest of our alma mater.

The day ended with the intellectual game of the international tournament "Golden Star" - "Voroshilovsky Shooter", in which 12 teams fought for the victory. The Patriot team won the second place, demonstrating a high level of preparation, logic of thought and resourcefulness.

The third day was devoted to sports events: combined service-applied relay race, mini-football, volleyball, tug-of-war. The Academy of the Ministry of Internal Affairs again on the podium - silver in the combined service-applied relay race and the victory of the national team of the Academy in mini-football, which was shared with the Belgorod law school. And Alexey Yurgel became the winner in the nomination "The best in combat and physical training" contest "The Best Cadet." In competitions in volleyball and tug of war our cadets also won prizes. By the way, cups and certificates of honor to the winners and prizewinners were presented by the honorary guest of the festival, the master of sports of Russia in boxing Arthur Akavov.

The CMR game helped to relieve the physical strain from a busy day. The guys competed in humorous answers, improvised, showed home preparations. And again we are the best! The team "Everything is OK, Mom" of the Academy of the Ministry of Internal Affairs of the Republic of Belarus took the first place.

Equally rich was the fourth day. In the Pskov branch of the Academy of the Federal Penitentiary Service of Russia, the XIII International Scientific and Theoretical Conference of Adjuncts, Cadets, Students and Students "University Science as an Element for Training Specialists" was held. The delegation of the Academy of the Ministry of Internal Affairs made presentations and, following the results of the event, took a number of prizes.

The forum program ended with the game "What? Where? When? ", Which determined the results of the five-day intellectual tournament.

Winners and prize-winners of events, as well as heads of delegations were awarded with diplomas and certificates of honor. It is worth noting that traditionally the training of the Academy team was carried out by the Department of Criminal Executive Law of the Criminal Executive Faculty: the head of the department is Candidate of Juridical Science, associate professor, Lieutenant Colonel Nikolai Kiyko; his deputy candidate of jurisprudence, assistant professor major of police Tatyana Tereshchenko and teacher master of law sciences, captain of militia Sergey Gaikovich. The XI International scientific and sports festival "Pskov Veche" ended with a gala concert.

The hosts arranged an interesting cultural program for the guests of the festival: a visit to the Holy Dormition Pskovo-Pechersky Monastery and the fortress of Stary Izborsk, as well as a real ball from the XIX century.

"Pskov Veche" will always be remembered as a place where you can prove yourself in science, sports, creativity, get acquainted with remarkable people, exchange experience, traditions of universities and necessarily agree on new meetings.

Dmitry Gruzinsky, 3 year, faculty of militia,
GIOS Academy of the Ministry of Internal Affairs.
Photo: the press service of the Pskov branch of the Academy of the Federal Penitentiary Service of Russia