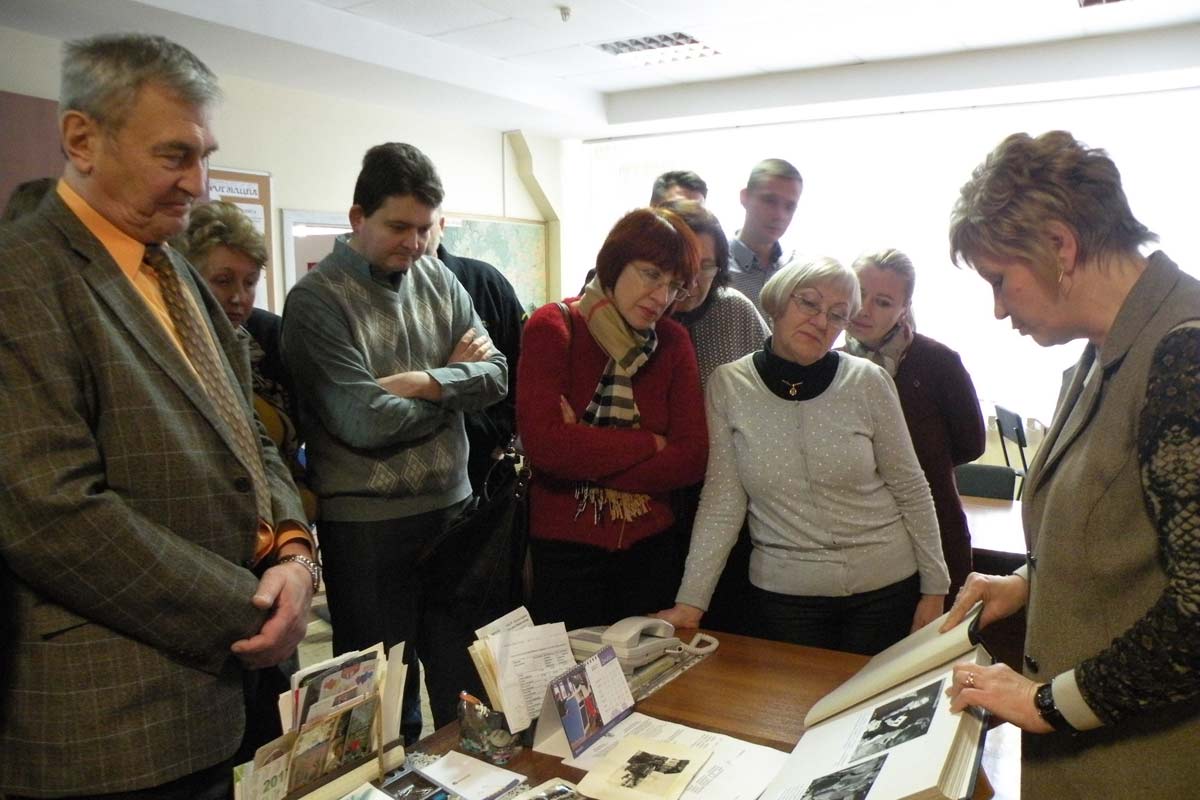 The Academy of the Ministry of Internal Affairs invited its employees and veterans to an excursion to the Belarusian State Archive of Cine and Photo Documents (Dzerzhinsk).

The archive stores cinephotograph documents illustrating the history of our country for more than a hundred years. These are photo documents of the pre-revolutionary period, the times of the October Revolution and civil war, the interwar period. The years of the Great Patriotic War are reflected in photographs and film shots created by military operators and photo correspondents. One of the most valuable collections of photo documents stored in the archive is a collection of the magnate family of princes Radziwills, which reflects the history of the Nesvizh castle, members of the Radziwills family and their friends.

Workers of the archive prepared an interesting and informative program, acquainted guests from the Academy of the Ministry of Internal Affairs with the history of creating an archive in the distant in 1941, and also told about new events in the life of the institution after its transfer to Dzerzhinsk in the late 1980s. The participants of the excursion visited the reading room, where they saw unique pre-revolutionary and military photo materials, got acquainted with the direct work of archivists with film-documentary documents. The production departments managed to hear the original recordings of the speeches of the great Belarusian poets Yanka Kupala and Yakub Kolas. The culmination of the excursion was the viewing of an exclusive historical newsreel devoted to the Minsk period of life of MV Frunze and the creation of the people's militia in 1917, as well as the period of the Great Patriotic War and the first post-war years.

Participants of the tour thanked the organizers and expressed hope that similar events will be held in the coming 2018.

Sergey Lapanovich,
Department of Theory and History of State and Law.
Рhoto by the department