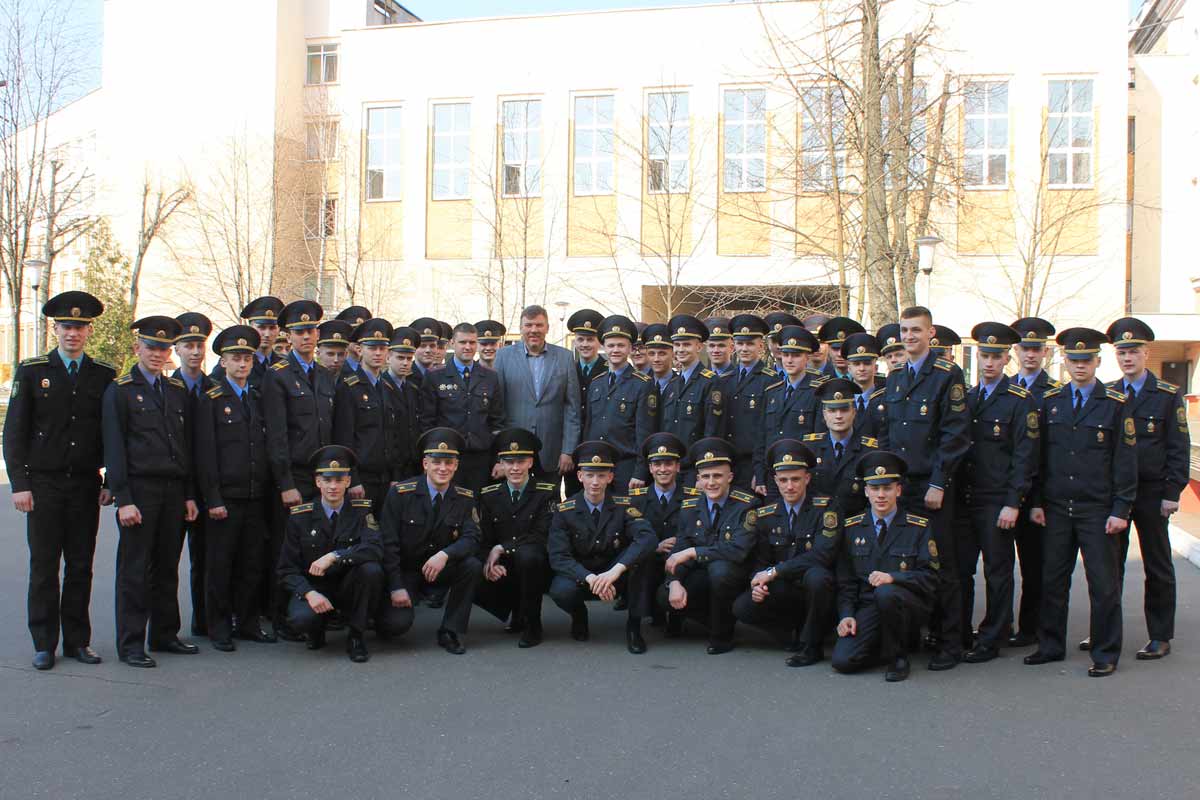 Students of the Faculty of Police met with the Belarusian handball player, Olympic champion Andrey Barbashinsky.

During the conversation, he told to the cadets about his difficult life, he came into the sport, and despite the difficulties, overcoming obstacles, won. He spoke about the preparations for the Olympic Games in Barcelona. Andrew S. told future officers like him during foreign career four times suggested to change nationality (Spanish, Russian, Hungarian and German), which has always refused. For students, this action is a manifestation of true patriotism. He now holds a high position: Deputy Chairman of the Belarusian head of the Handball Federation. It is worth noting that after the end of their sports career Andrey S. began to work on the mattress factory workers. Will take a hard path he became director of the enterprise already.

- Team sport - the most difficult. It all depends on the cohesion of the team. This I can compare with you, the people in uniform. In order to efficiently and effectively carry out the tasks, you should always work together - said the Olympic champion.

- These meetings are very important to us. I am glad that there is an opportunity to meet with such a versatile man, in whose rich life experience and also significant progress in the sport. The path that he had to go, shows us how boundless possibilities of man. After such meetings, there is an additional motivation to move forward, - shared his impressions of the cadet Monich.

Dmitriy Peterburtsev, Daniil Gorevoy, 2 "A" course of the Faculty of militia.
Photo by Sergey Kazakov