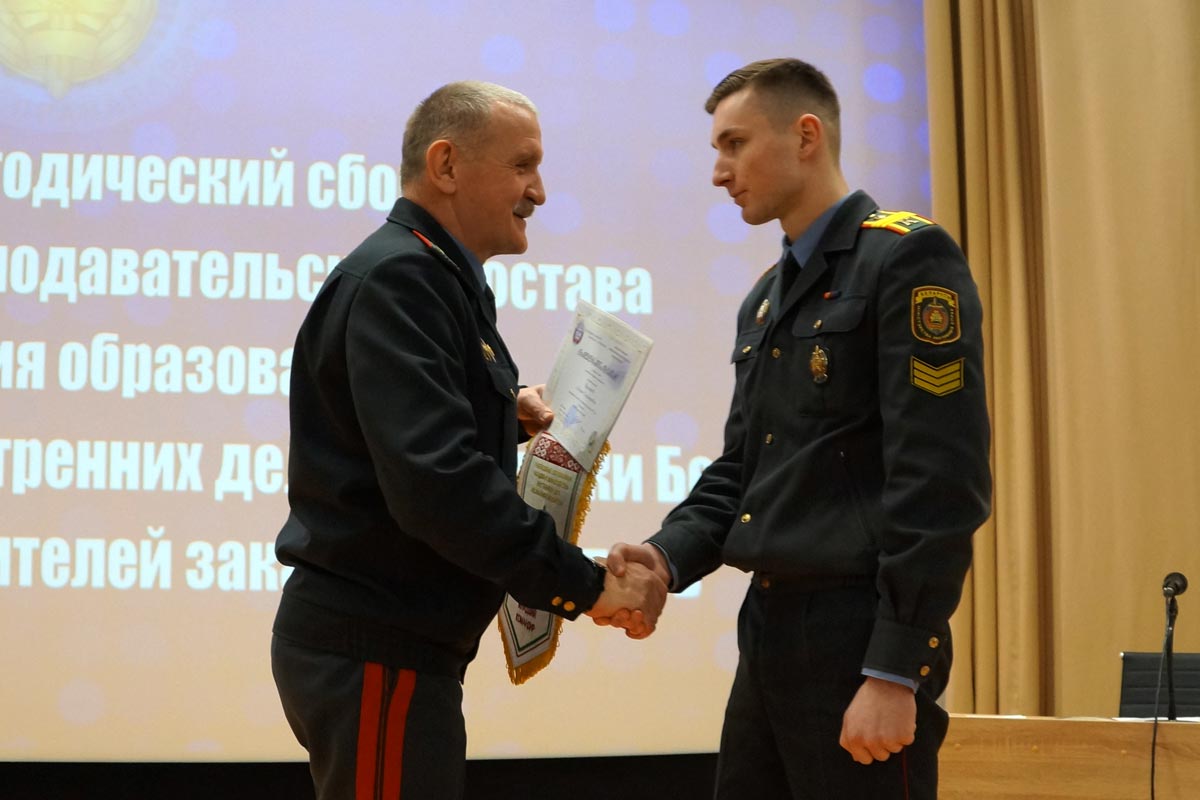 Alexey Furmanov, a third-year cadet of the faculty of investigators of the Academy of the MIA, went shopping on his day off in TSUM.

Earlier, the future officer agreed to meet at the department store with his brother, the police detective of the Mogilev district police department, Lieutenant Vladislav Furmanov.

They had no time to buy anything, because they saw a young man who was pursued by a police officer. The brothers decided to help the law enforcement officer and gave chase to the fleeing citizen. The criminal did not react to the repeated demand to stand. He couldn’t compete with strong, sports law enforcement officers in the race. After several minutes of persecution, Furmanovs detained him and together with an employee of the Security Department took him to the police station, which was in TSUM.

Apparently, the 25-years-old local resident did not pay for the goods and left the store. And when it was discovered, he tried to escape from a police officer, who worked in the department store.

It is important to note that the cadet Alexey Furmanov actively participates in the public life of the Academy of the MIA. This year he was recognized as the best in his profession among junior commanders. The future officer also good at sport: he is a candidate master of sports in Thai boxing and kickboxing. In November 2017 he took the second place in the Academy championship in hand-to-hand fighting. He also deals with science, having several scientific publications. Teachers note that in his third year, he claims to receive an honors degree.

Sergei Chebotarev, the Press Office.
Photo by the author

faculty of investigators gratitude of citizens