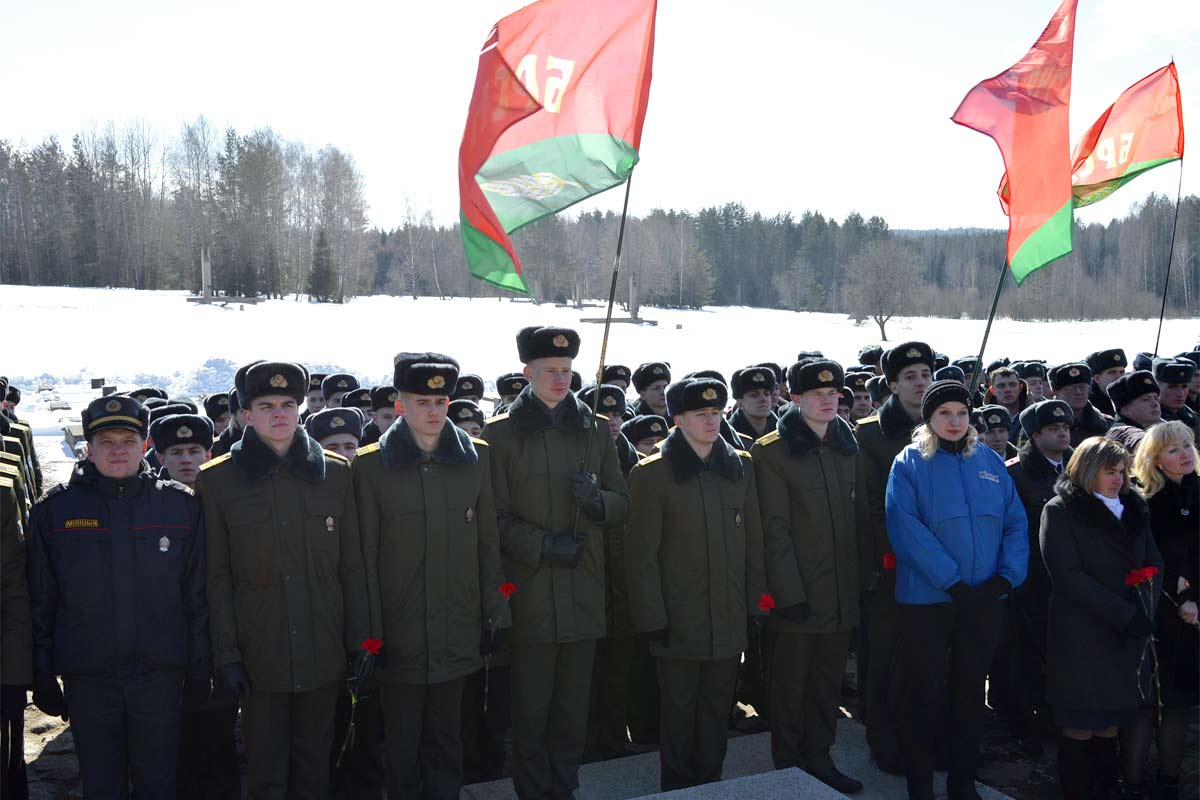 On March 22, the cadets of the Academy of the MIA participated in the meeting, which took place in the memorial complex "Khatyn".

Events dedicated to the 75th anniversary of the Khatyn tragedy took place in Belarus. Representatives of the Belarusian Republican Youth Union, including the primary organization of the BRYU of the Academy of the MIA, took an active part in the memory actions. The cadets went to Novobelitsky district of Gomel, where a symbolic action held. The 75 balloons were launched in memory of Khatyn and other villages, which were destroyed during the Great Patriotic War, and about 75 children, which died in the flames.

The Academy of the MIA delegation visited the meeting "Let Khatyn's Bells Never Be Silenced". In the memorial complex, the leaders of the traditional confessions of our country and others prayed for peace. On this day, they talked about the consequences of the monstrous crimes of fascism, which became a rough heritage of the Great Patriotic War for the Belarusian people. The cadets of the Academy also paid tribute to the memory of the villagers, which have been burned by the Nazi 75 years ago.

The meeting recalled the history of the war and the Khatyn tragedy. So, in March 22, 1943, the Hitler’s chasteners destroyed the Belarusian village of Khatyn. Fascists burnt alive and shot almost all residents - 149 people, including 75 children. The memorial complex, created on the site of Khatyn, became the world symbol of countless victims, suffering and courage of the Belarusian people in the Great Patriotic War. Hundreds of other Belarusian villages shared the fate of Khatyn.

On this day, the President of Belarus, state bodies, public and religious organizations, the diplomats took part in a wreath-laying ceremony to the Eternal Flame, which held in the memorial complex.

the Youth Union charity and social activities faculty of corrections