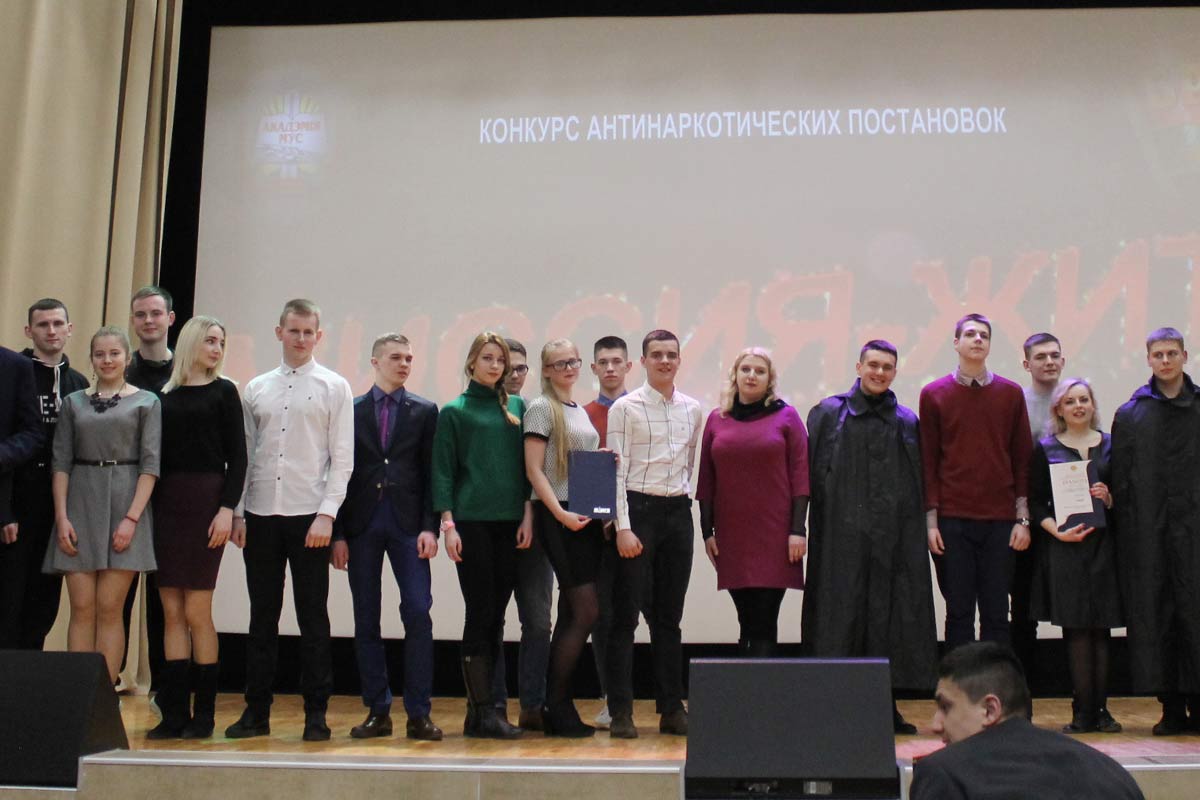 The Primary Organization of the Belarusian Republican Youth Union of the Academy conducted a contest of theatrical productions within the framework of the anti-drug campaign "Mission - Live".

At the creative contest works from each cadet faculty of the Academy of the Ministry of Internal Affairs were presented. In their productions, the guys strived to reflect the theme of the contest most fully and show the original approach to solving the creative task. The competition really became one of the most interesting events of the Academy organized in the framework of the activities of the Belarusian Republican Youth Union.

Prize places went to the participants, who managed to reveal their creative abilities in the best way. The representatives of the faculty of militia won. The contest was another proof that our youth is committed to social activity and advocates for the promotion of a healthy lifestyle.

The pilot project of the Belarusian Republican Youth Union "Mission to Live!" Was tested on the base of the Oktyabrskiy district of the capital and proved itself well. Its goal is to involve children of different ages in the creation of theatrical performances on the prevention of bad habits and the formation of a healthy lifestyle. Since the new year the project has become a citywide one and united all the educational institutions of the city. Theatrical productions were not accidentally in the spotlight. Lectures with an abundance of numbers and statistics are not as well absorbed as information submitted in an unusual format.

According to the materials of the BRYU of the Academy