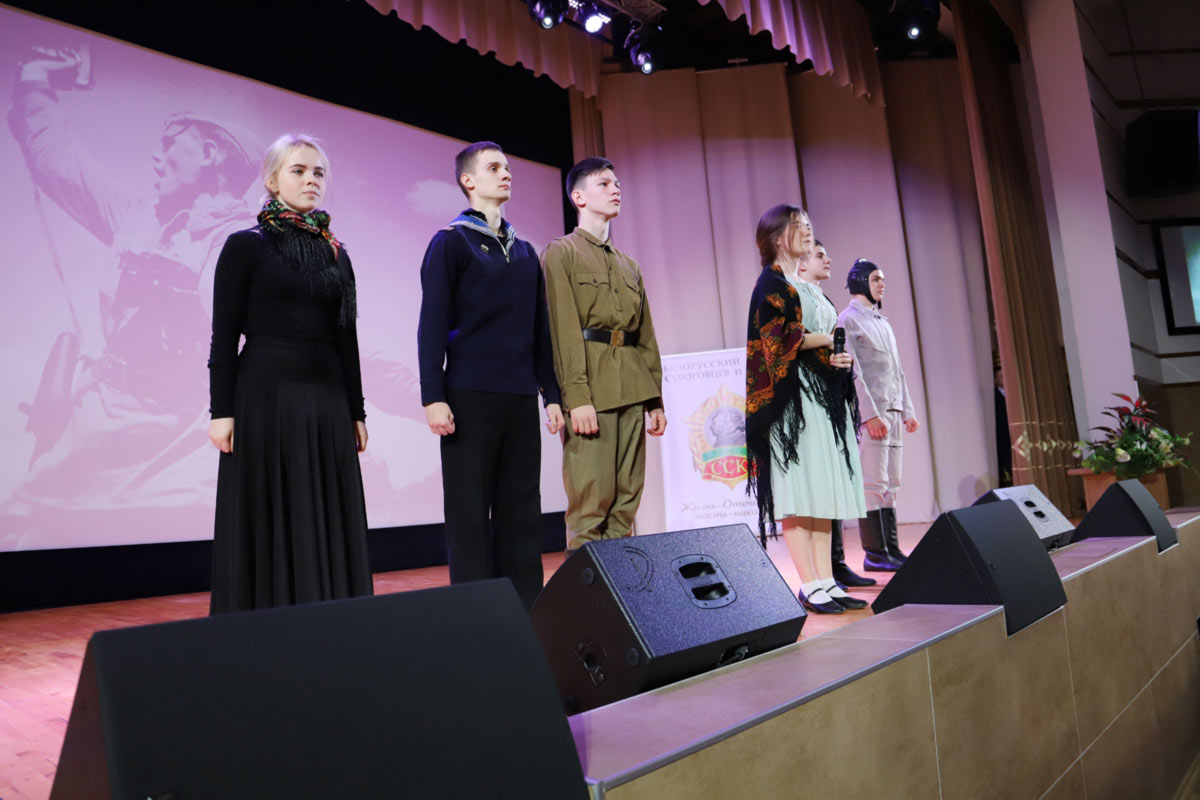 The history of the Great Patriotic War became the main theme of the 5th republican cadet intellectual-creative Olympiad "Patriot".

Young patriots participated in various competitions. Passed a blitz survey of captains on a wide thematic circle. Then testing on academic subjects, a competition of speakers, assignments on the content of films about the Great Patriotic War ... The Olympic Games were opened and completed by memorable musical theatrical performances. The cadet forum turned out to be not only fascinating, but also extremely difficult for all teams.

The favorite of the competition, the winner of past years - the squad of the Vitebsk cadet school is again in the lead, in first place. “Silver” was taken away by representatives of the Lyceum of the Ministry of Emergency Situations, and “bronze” by the Lyceum students of the Ministry of Internal Affairs.

General photo of the participants of the Patriot 2020 Olympiad