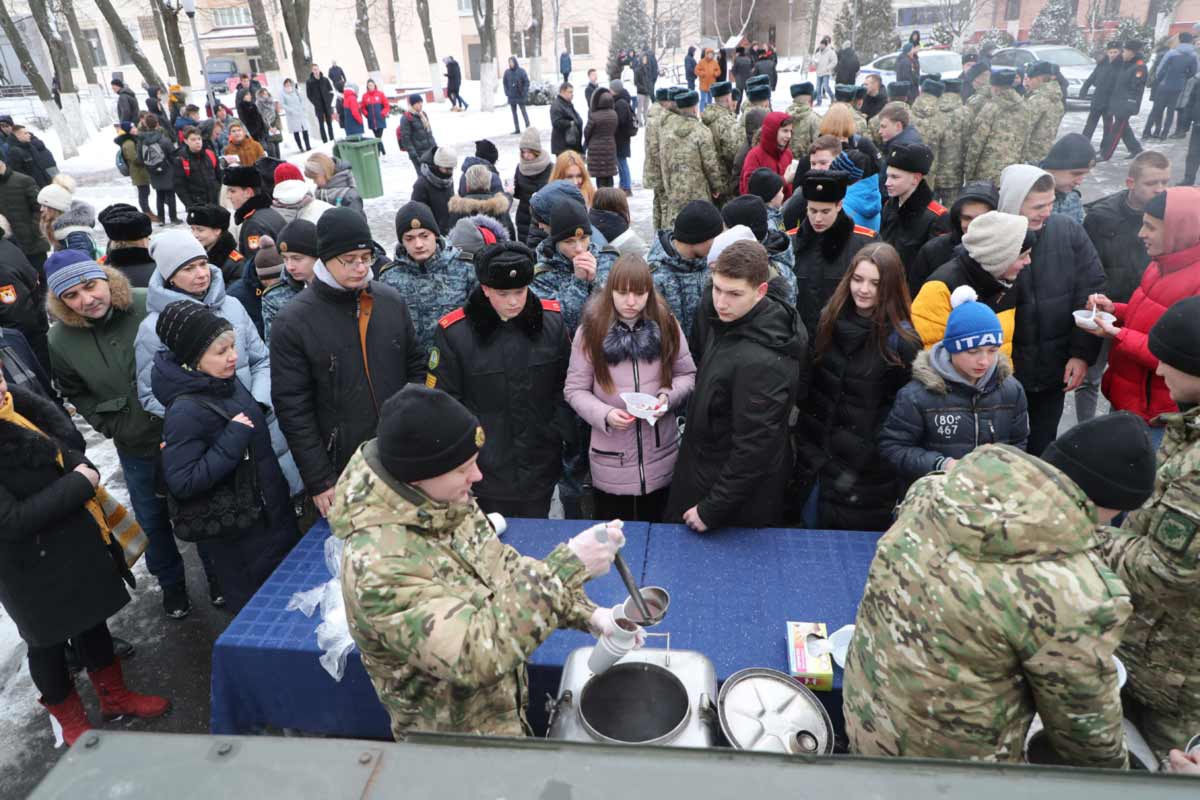 An open day with a bright and rich program gathered young people from all regions of the country at the Academy of the Ministry of Internal Affairs.

The interest in the Academy of MIA is the stronger, the closer the date of April 15 which is the last day when everyone who wants to study at cadet departments of the alma mater can apply to the militia department at their place of residence.

Natalya Lukashevich, student of the Brest Regional Cadet School, arrived with a whole group of students. About the visit to the academy, the girl said:

- Many students, incuding myself, visitied the Academy for the first time. We are here to learn about the militia professions, training process and living conditions. I am interested in operational-search activities, and I would also like to get acquainted with the Faculty of investigators in more detail, because maybe I will study there in the future.

Each future applicant has a story: some have already chosen a university, while others still need to figure it out. In this regard, it is easier for primary school students - a few more years to think. For all the guests, the Academy of MIA tried at its interactive sites to present not just the most interesting of the activities of law enforcement units, but examples, thanks to which it is possible to learn more about each profession.

Minsk militia department showed its special-purpose vehicles and technical means. Some expositions were organized by our teachers. They paid attention to different areas of law enforcement and the specifics of practical training of cadets. An exhibition of weapons, special equipment and protective equipment were in demand.

The hospitable atmosphere was created by the field kitchen. There were many people who wanted to try hot tea and porridge. Young people enjoyed talking, and then returned to the exhibitions of interest. The impressions were added by the demonstration performance of the special forces brigade of the Ministry of Internal Affairs - an exciting sight!

The meeting with the selection committee was held in the auditorium. Almost a thousand guests gathered, so not everyone had enough space - they listened standing.

The first deputy of the head of the Academy, Alexei Bashan, spoke in detail about entering the Academy and the specifics of training.  The conversation with the audience was long and detailed.

For those who wanted to know the Academy from the inside, an excursion took place. By the way, it was organized by freshmen. Despite the fact that they have only one semester behind them, they talked about the Academy and shared their first impressions of studying here.