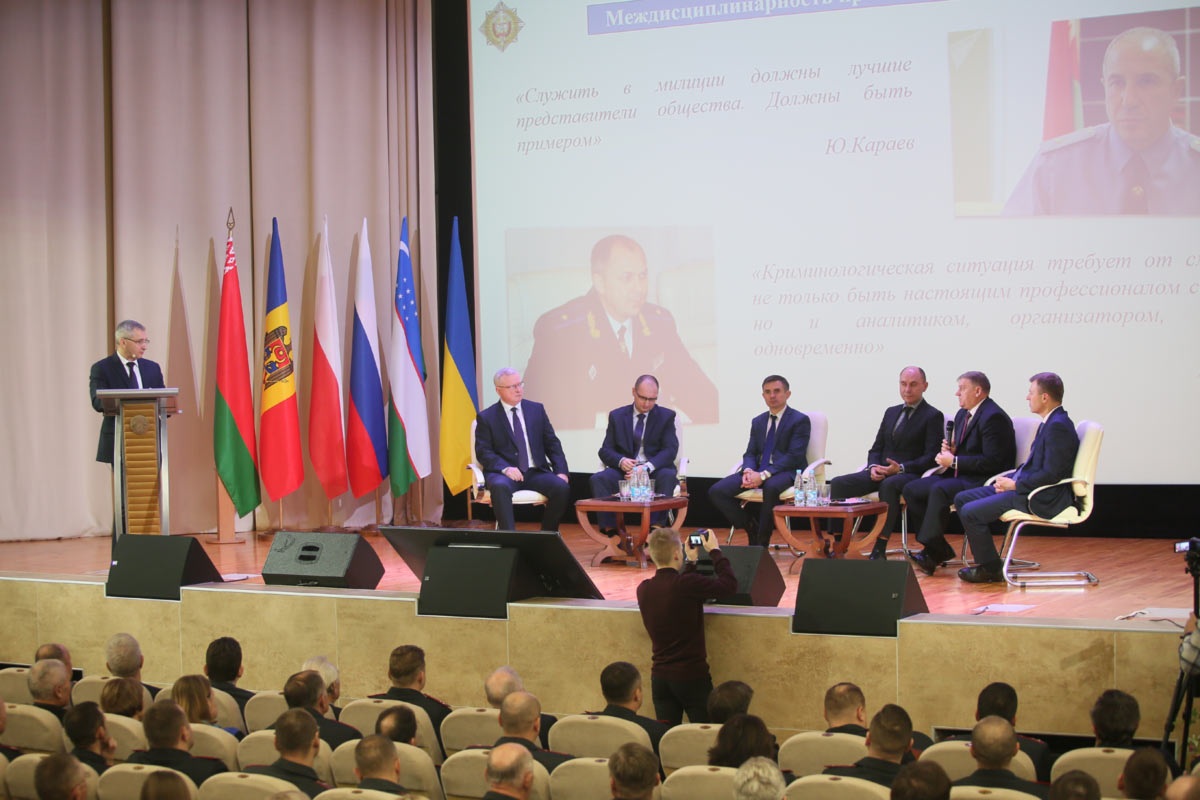 For many years, the Academy of the Ministry of Internal Affairs has been the main platform for scientific discussions in the field of training for the national security system.

Within the framework of the conference, an international meeting was held at the training center of the Academy of the Ministry of Internal Affairs. The participants focused on a wide range of topics in the field of specialized education and law enforcement. Problems and prospects in the areas under discussion were discussed with foreign experts by the Deputy Minister of Internal Affairs of Belarus Alexander Barsukov.

Opening the scientific forum, the chief of the Academy Sergey Doroshko, noted the high level of representation, among the guests were heads of higher education institutions, scientists and teachers from Belarus, Moldova, Poland, Russia, Uzbekistan and Ukraine. The conference brought together representatives of competent departments interested in improving the quality of training of specialists.

The head of the Academy of the Ministry of Internal Affairs of Uzbekistan, Bakhodir Matlyubov, addressed the conference with a welcoming speech. In his speech, he spoke about strong friendly ties between the two countries and active cooperation in the field of education.

The Chairman of the Higher Attestation Commission of Belarus Alexander Guchok expressed his gratitude to the militia university for close attention to the problems of interdisciplinarity both at the level of higher education and in the field of training highly qualified scientists.

The conference continued in an unusual format. Leading scientists held a popular science lecture, during which they examined in detail the concept of provocation from the perspective of cultural, philosophical, criminal law, operational search and linguistic aspects.

At the next stage of the conference, plenary session, a discussion took place, which was attended by keynote speakers: VAK chairman Alexander Guchok, deputy chairman of the Investigative Committee Sergei Azemsha, head of the Academy of the Ministry of Internal Affairs Sergey Doroshko, head of the main department for drug control and counteraction Trafficking in persons Gennady Kazakevich, head of the main department of vocational education of the Ministry of Education Sergey Kasperovich, rector of the Academy of Management under the President of Belarus Gennady Palchik.

The participants in the international forum discussed the priorities for improving the system of training qualified personnel for the system of ensuring national security, examined the features of an interdisciplinary approach to the training of managerial personnel, and touched on the state of interdisciplinary research and the topic of digitalization of higher education.

Under the leadership of the deputy head of the educational-methodical department of the Academy of the Ministry of Internal Affairs Sergey Kasyanchik, a meeting of the conference section on the topic of interdisciplinarity in the system of training specialists for law enforcement agencies was held. The discussion platform brought together the leadership and faculty of various departments and educational-methodical management of the university.

Another major event of the conference is the youth science festival. Cadets and students of various universities performed in the "Scientific battles" in the field of legal science. Whether the participants managed to convincingly and interestingly present the results of their scientific research to the audience, a separate publication of the academy's website will tell.