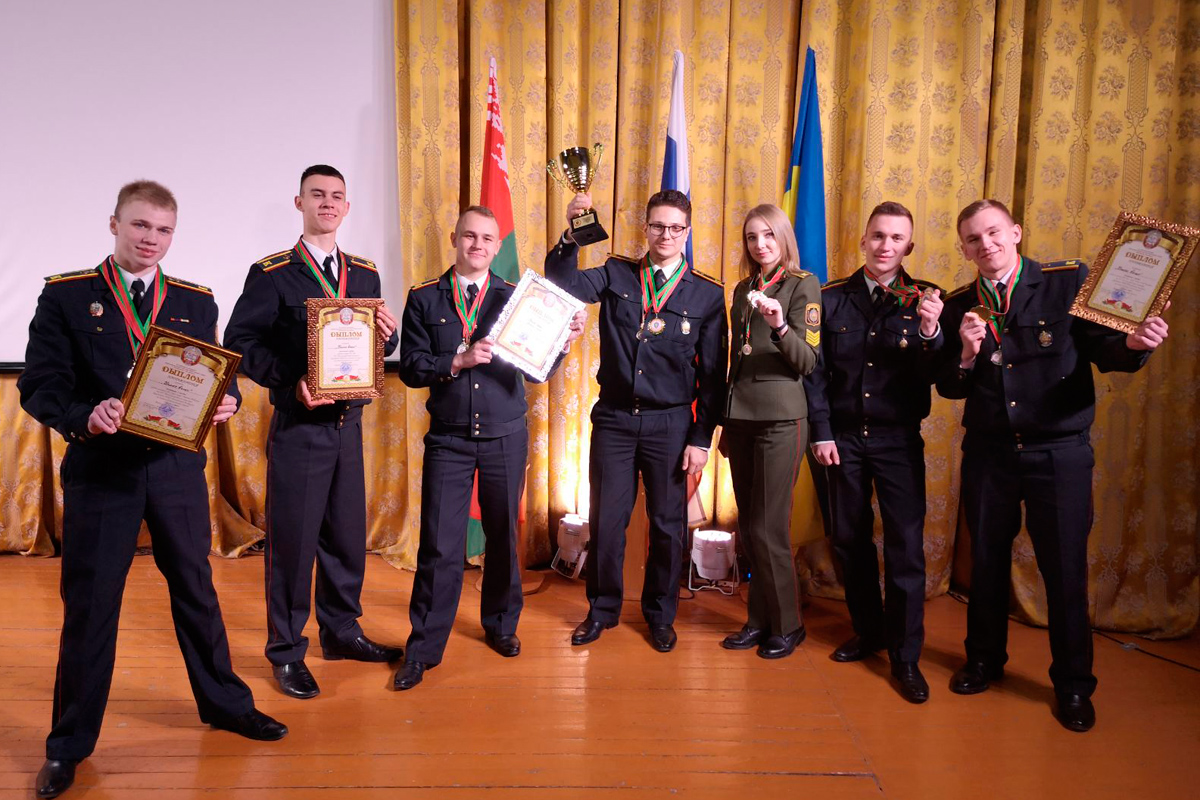 The Academy of the Ministry of Internal Affairs hosted the 15th tournament on intellectual games “Shield and Sword”. Students from Belarus, Russia and Ukraine fought for the winner’s cup.

The youth forum is held annually with the support of the Belarusian League of Intellectual Teams. The tournament traditionally has two main games, and for the best squads - two cups according to the results of the overall standings and among the teams of paramilitary universities. And also medals, diplomas, prizes ... And of course, a lot of emotions, good mood, friendly atmosphere and the same atmosphere, talking about the hospitality of the militia alma mater. That is how delegations of law enforcement universities of Russia spoke about the Academy of the Ministry of Internal Affairs.

So, this year cadets came from Belgorod, Krasnodar, Moscow, Nizhny Novgorod, Samara, St. Petersburg and Pskov. Some squads participated in the tournament for the first time, and therefore on the eve a short training session was held with questions from last year’s games. 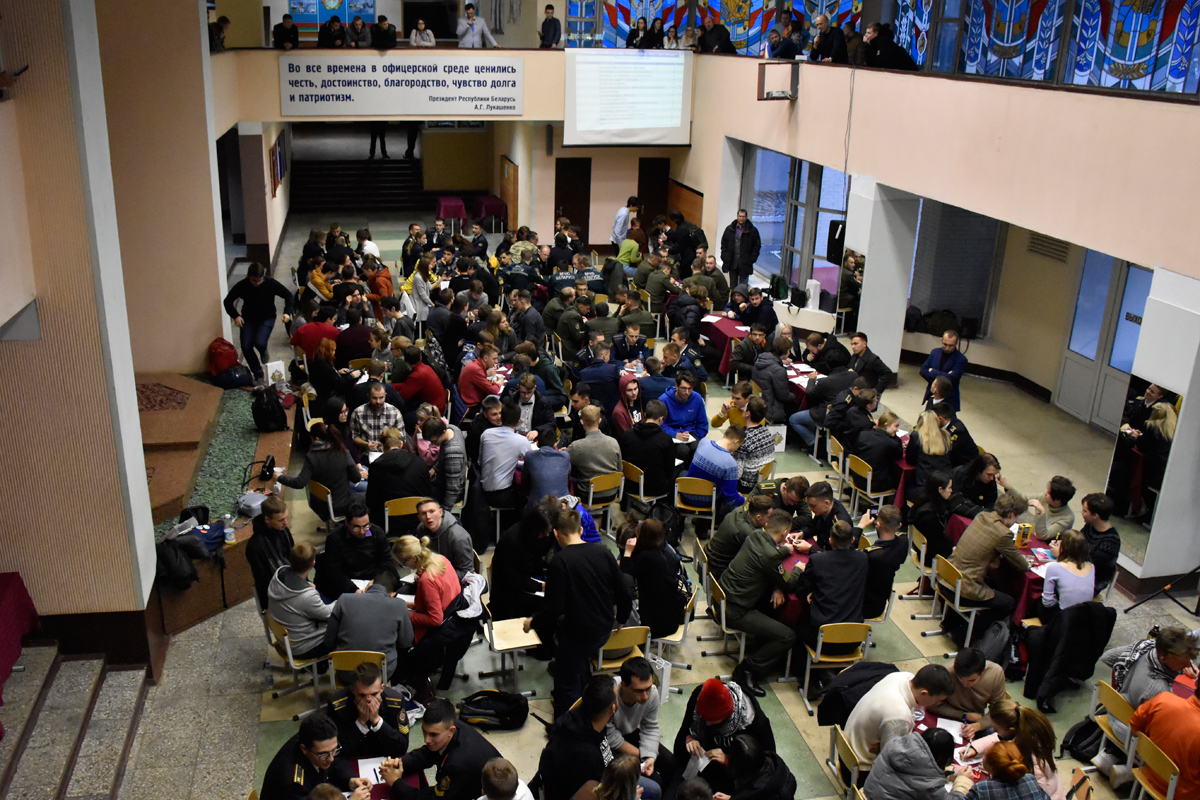 This year, the departmental base brought together 38 student and cadet teams, and this is almost 300 participants who entered the struggle for a ticket to the Belarusian student championship in intellectual games and the corresponding European Cup.

Opening the competition, the deputy chief of the Academy of the Ministry of Internal Affairs Alexander Brisyuk noted that this tournament is a visiting card of the Academy. For a long time, traditions of its holding have developed, but at the same time, approaches to organizing the forum are constantly changing and its geography is expanding. So, the competition will continue to develop and delight fans of intellectual games. 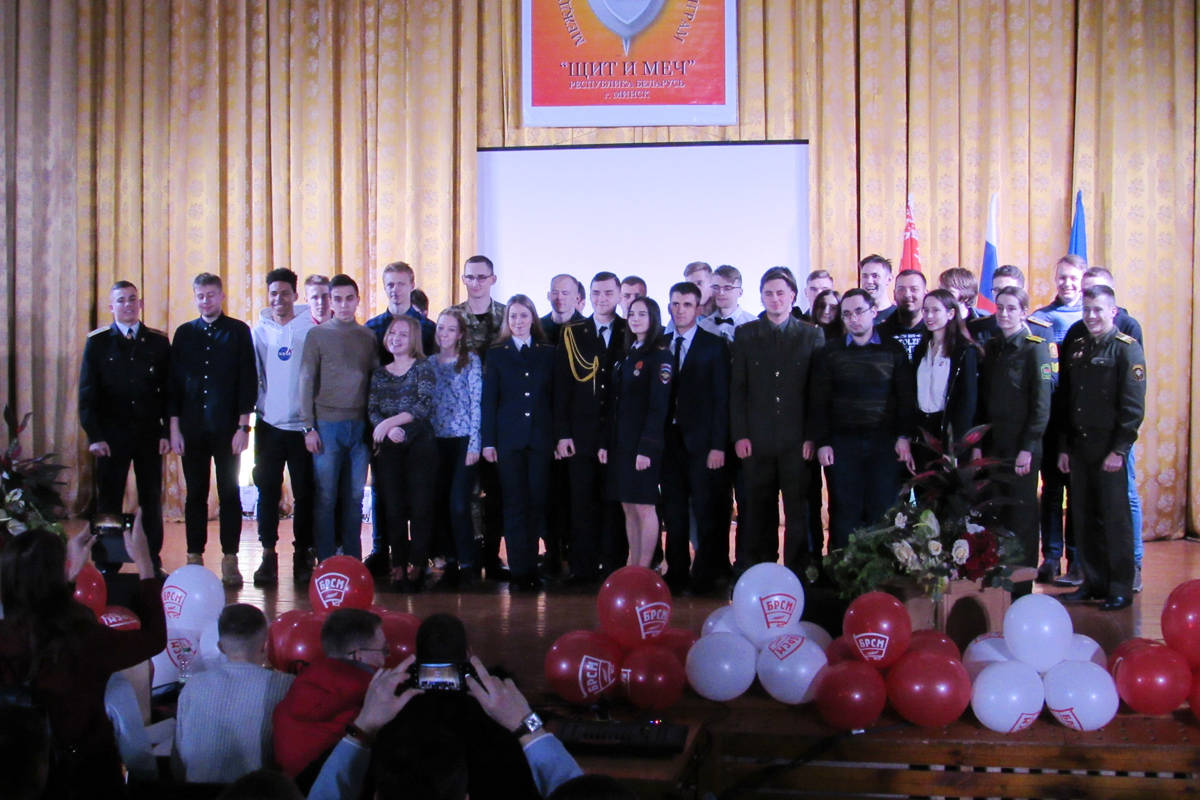 As before, the two-day competition was hosted by the Faculty of Investigators, where the tournament originated and grew to an international level. A vivid concert program and a show performance in hand-to-hand combat gave the start to the warm-up game "Media ABC".

From the first steps, our cadets confidently headed towards victory and did not slow down during the scoring games of the "Scrabble Quartet" and "What? Where? When?". 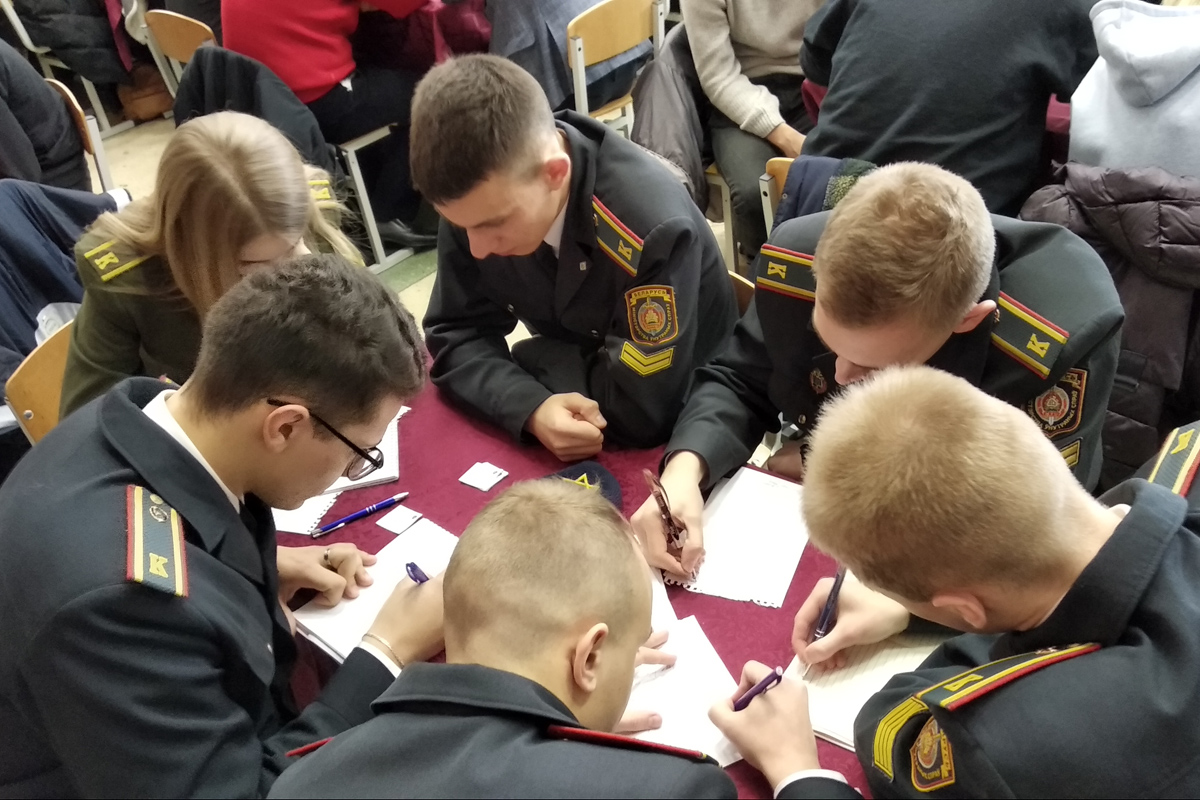 Among 14 teams of paramilitary universities, "Moscow Calling" cadets were the leaders. Following them is the team of the Academy "Smart things". To whom to give “bronze”, the organizers decided only on the basis of an additional round between the teams “Ice started” (St. Petersburg) and “Territory 02” (Belgorod). Fortune smiled at guests from the northern capital of Russia.

The game "What?" Where? When?" - the most difficult and significant in its results. In many ways, the victory in the tournament depends on her. Among the cadet teams, the best were "Smart Things". Silver medals were won by "Territory 02", and the bronze set was won by the Nizhny Novgorod team "Lumos Maxima". 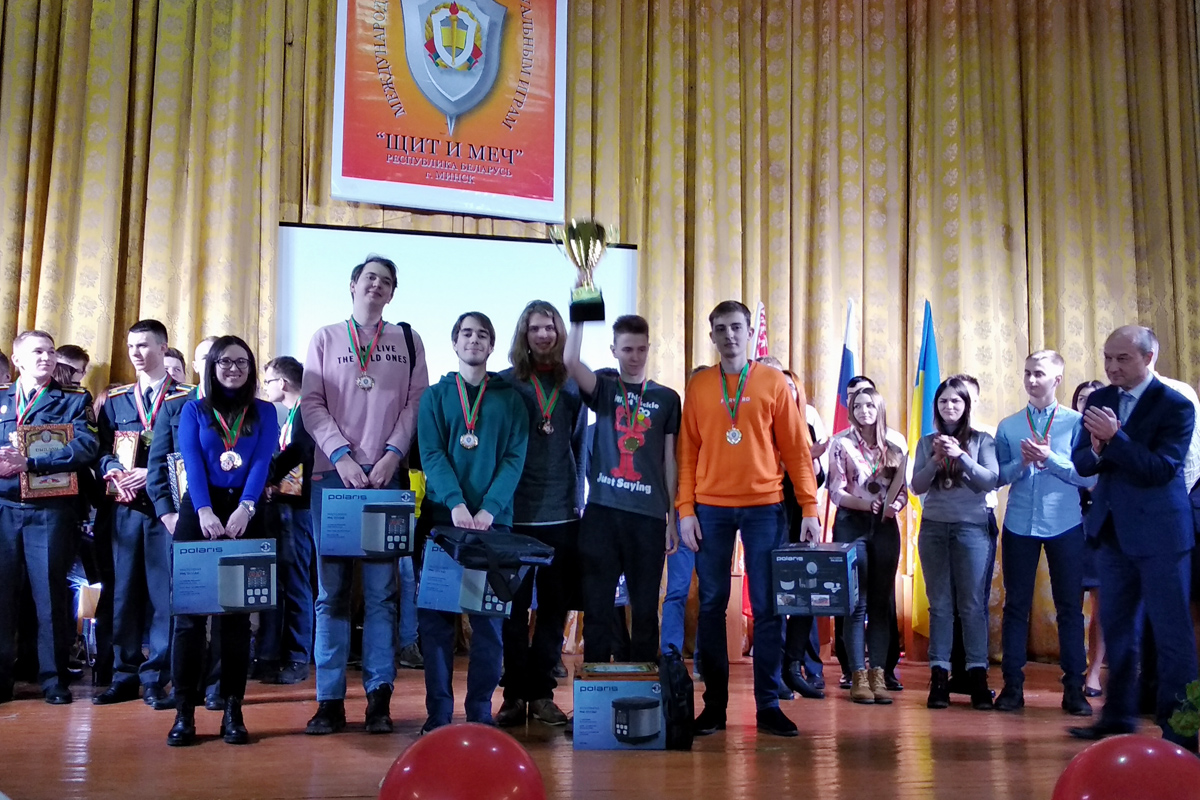 In this game, the “Chirvony month” team led the overall standings. Next to it was the "Estonian Express", and in third place was "Chmoki". After the final meetings, these three teams with the same number of points claimed the cup of the absolute winner of the tournament. And only the first place for “What? Where? When?" provided the national team of students of Kiev and Minsk with a champion title!

Among paramilitary universities, the “Smart Things” team became the owners of the cup - the fourth consecutive victory in the tournament!

The forum’s main presenter, director of the Belarusian League of Intellectual Teams, owner of a large “Crystal Owl” Sergey Buyan noted that the participants really impressed with the preparation this year. The intrigue was held at every game stage. Young people showed themselves one hundred percent, showed a broad outlook and erudition.

In two days, about 200 questions were raised, compiled specifically for the tournament, which had never been heard before. It was a real battle of intellectuals, which, outside the competition venues, combined the features of a friendly meeting and an unforgettable holiday of knowledge.