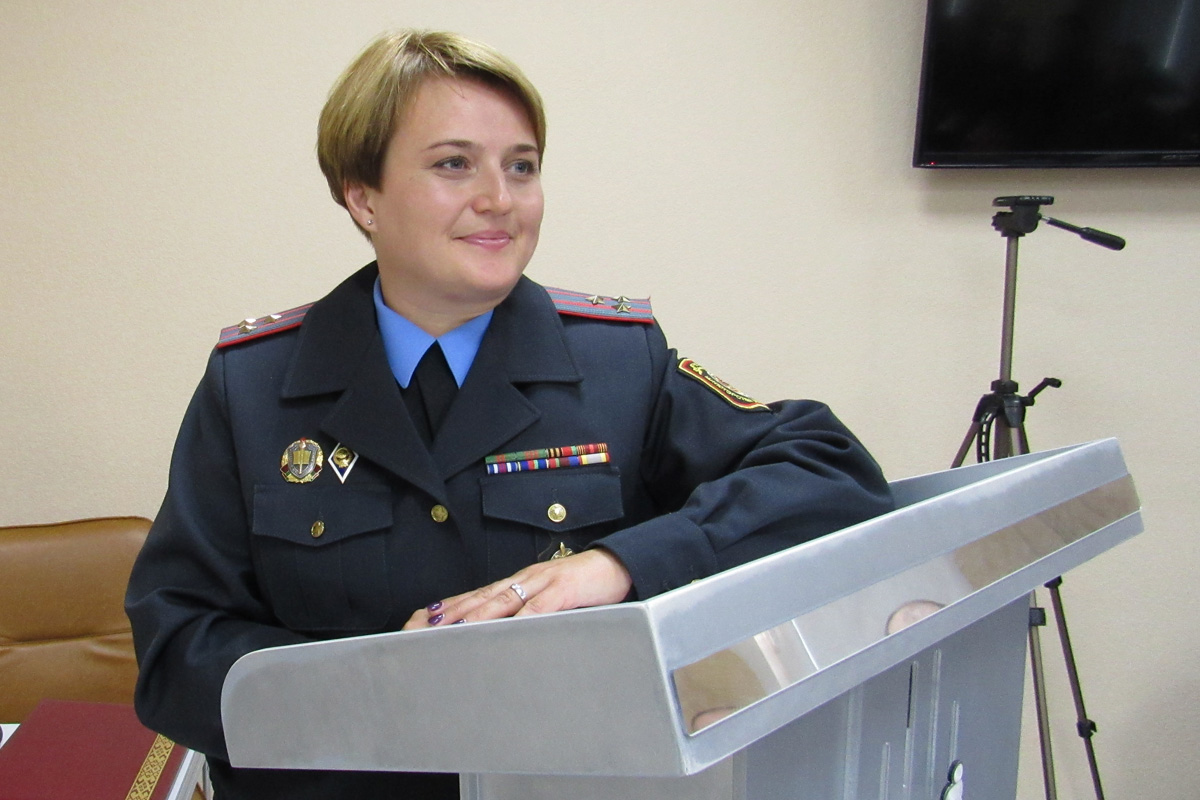 A special issue of the newspaper “On Guard”, dedicated to Teacher’s Day, introduces the teacher of the Academy of the Ministry of Internal Affairs. Elena Misun - officer, scientist, deputy head of the department.

... After graduating from the Philosophical and Economic Faculty of the Belarusian State University in 1999, Elena Misun worked in the Ministry of Defense, and a year later continued to serve in the Academy of the Ministry of Internal Affairs.

Having got to the department of management and computer science with the rank of lieutenant of militia, she immediately set the goal of being realized in the profession.

Soon she became a teacher at the Department of Philosophy and Ideological Work, where she grew up to the deputy head of the department and the colonel of militia.

Elena Nikolaevna managed to combine teaching, postgraduate studies and the preparation of a Ph.D. thesis on the topic "Professional adaptation of law enforcement personnel." The main empirical material for the work was received, observing the adaptation of cadets to training. Many recommendations of Elena Misun were reflected in the organization of the ideological work of the university.

About 12 years Elena Nikolaevna taught only seminars, thanks to which she gained considerable practical experience. Now the teacher is working with officers who entered the magistracy.

The main research interests of the officer are management and personnel policy issues in state bodies of the national security system. The colonel pays much attention to the nuances of forming public opinion about the activities of the militia.