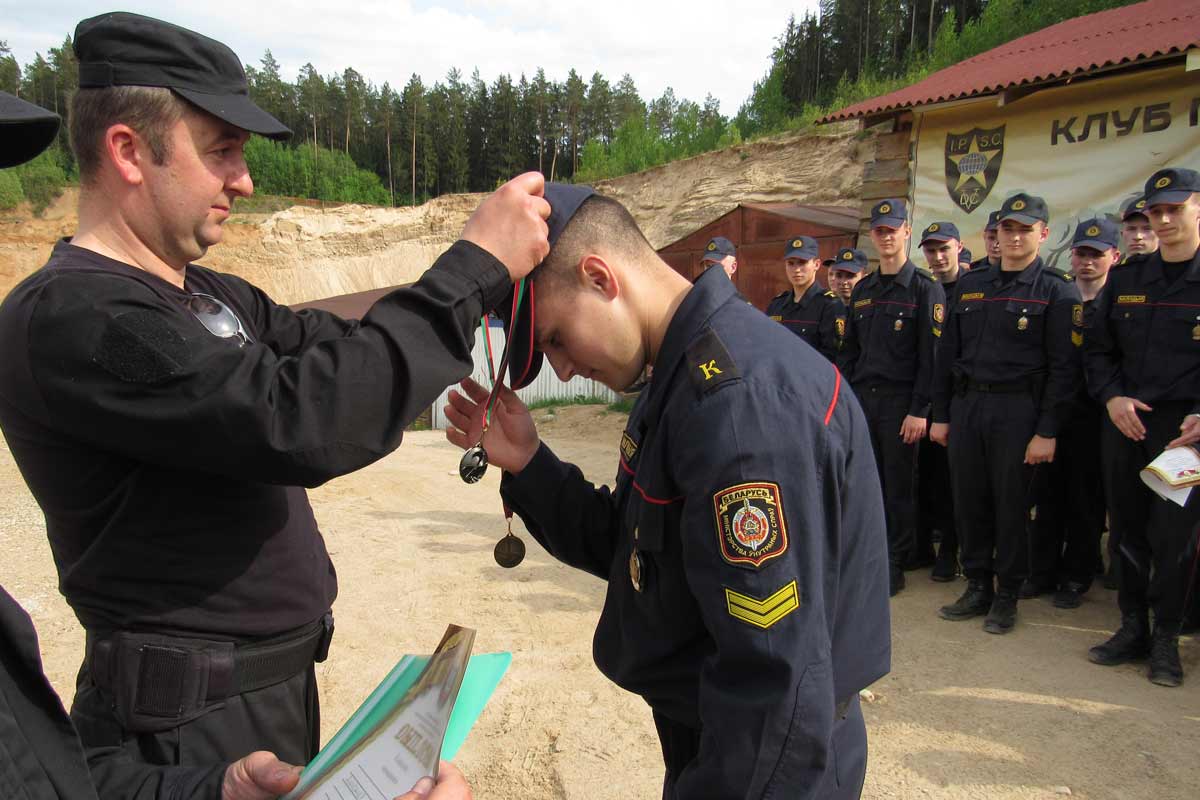 The Academy of the Ministry of Internal Affairs held a championship among cadets according to the rules of the Belarusian Federation of Practical Shooting.

University competitions in high-speed shooting with a Makarov pistol took place in the Smolevichi district of the Minsk region. The organizing committee was headed by deputy chief of the department of tactical and special training, police colonel Yury Seliatytsky. The chief judge was the chairman of the Belarusian Practical Shooting Federation Presidium, Yevgeny Shabailov.

For the victory, 10 teams of militia, investigative expert and criminal executive departments struggled. Each has four athletes. 2 "A" course FM, ahead of third-year students of SEF, located on the first line of the final protocol. In achieving a high result, the great merit of Yevgeny Kadlubovich, who in the individual competition was awarded a silver medal. The partners also successfully performed, taking places no further than the top ten.

The third team place in 2 "B" course FM. His representative, Alexander Sak, received the "gold" of the individual championship. In all exercises, he became a winner and twice a winner.

Cadet 3 "B" of the FM course Ilya Vyushin received a "bronze", thereby ensuring in the personal offset the presence of his faculty at all prizes in the standings.

Separately named the most accurate shooter - sophomore UIF Nikita Furs. In accordance with the rules, he could not qualify for a prize in the individual competition, but on the basis of all the exercises scored the highest number of points.