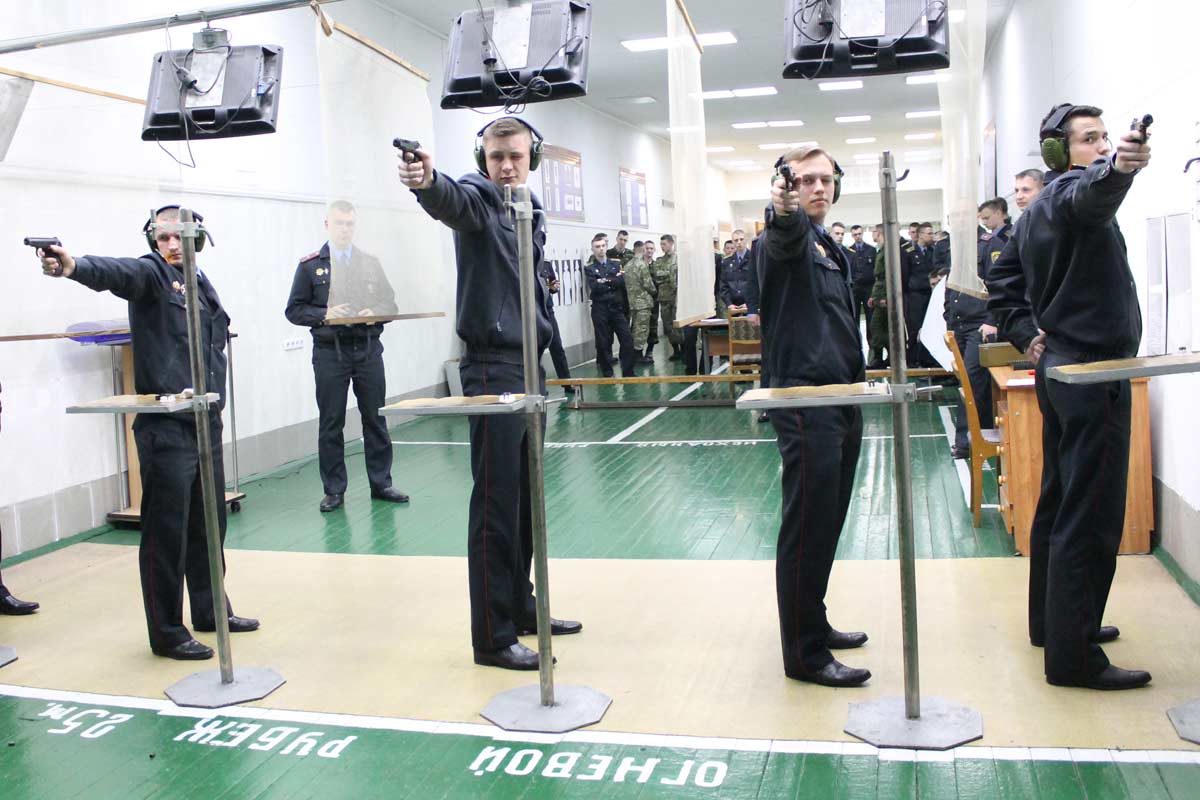 Department of Tactical and Special Training annually organizes primacy among future officers. Such competitions allow the children to demonstrate their professionally significant skills, and the most accurate shooters join the team of the university to protect the honor of the alma mater at major championships.

Competitions were held in the individual and team standings. The squad was made up of three participants, so the points scored by each were worth their weight in gold.

In the individual championship, the Faculty of Corrections second-year student Ivan Geroev won. His team, taking first place, became the hero of the day. The main competitor of the champion was the cadet 1 "A" of the  Faculty of Militia Aleksendr Moroz, who won the "silver" of the competition. But his team failed to break even into the top ten.

Among the squads, the owner of "silver" became the 3 "B" course of Faculty of Militia. Although none of the team has risen on the podium, but by common efforts they managed to score a lot of points on envy. By the way, only 1 point was not enough for the first place. A similar situation exists in the team 1 "v" of the Faculty of Militia course, which confidently took the third place in the standings. The first-year student of Faculty of Corrections Daniil Hamidi became the bronze medal winner.

As you can see, this time a young triple of winners was formed, who in the fight for medals will have to challenge the right to be called the most accurate marksmen of the Academy.