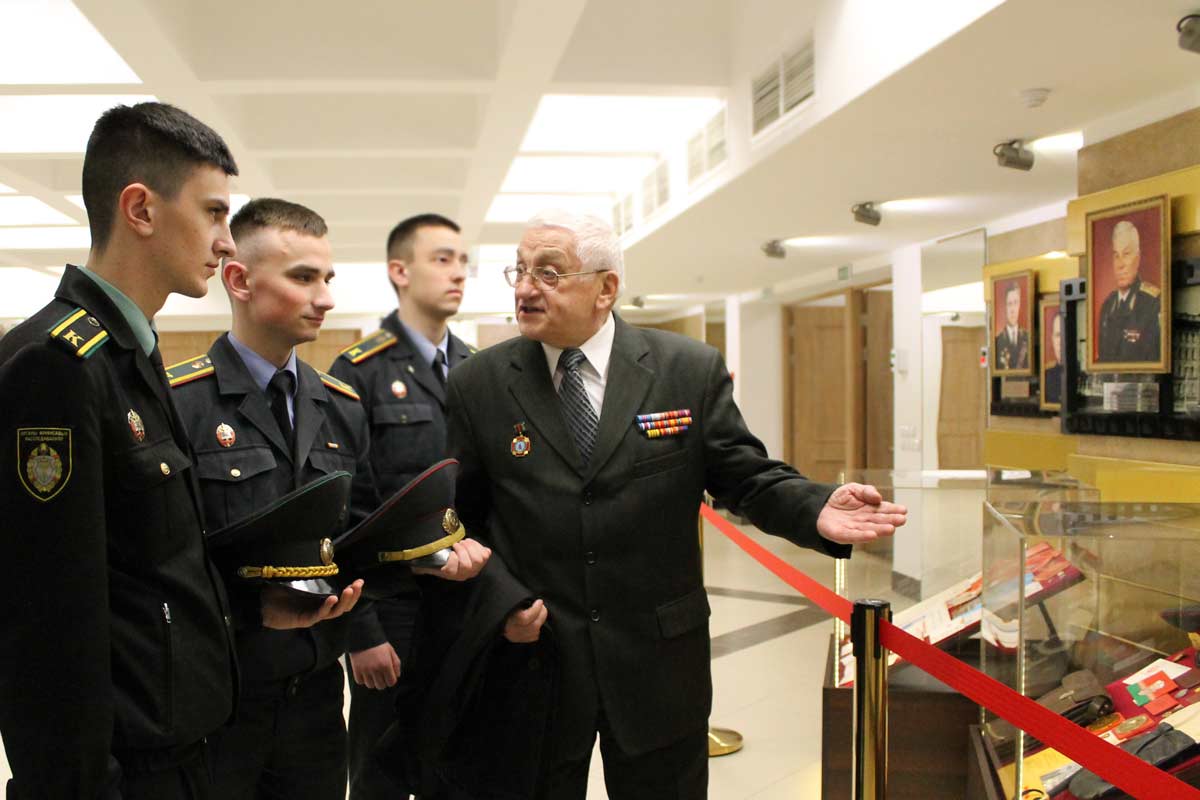 Today is the day when the terrible disaster in terms of its scale and consequences - the accident at the Chernobyl nuclear power plant happened.

On the eve of the Day of the Chernobyl tragedy, an alma mater of militia brought together staff and veterans who took part in the aftermath of the accident at the nuclear power plant 33 years ago.

“Elimination of the consequences” - is the phrase that contains a whole range of tasks assigned to law enforcement officers. In the 30-kilometer zone of the Chernobyl NPP representatives of the consolidated battalions of educational institutions provided access control for transport, guarding discipline in evacuated settlements, the prevention of offenses and crimes...

The Head of the Academy of the Ministry of Internal Affairs, Major General of the Militia Sergei Doroshko recalled the history of the Chernobyl tragedy and noted the role of militia officers in the aftermath of the accident.

- Speaking of terrible events, we remember those who stood up to fight the mortal danger. It had neither color, nor smell, nor taste, but ruthlessly took lives. And what did we know about radiation in 1986? Only something from textbooks on civil defense. We could not even imagine that this knowledge would be useful. Overnight, this became our terrible reality, - said Sergey Doroshko.

The meeting with the veterans was warm and solemn, but with a hint of sadness. Many who served in the Chernobyl NPP area in the summer of 1986 did not escape the effects of exposure... Employees and cadets of the Academy honored the memory of people’s loses with a minute of silence.

The center of cultural and educational work of the Academy presented a musical gift to the guests. The most talented youth passionately sang songs, and at the end of the performance on behalf of the entire cadet group they assured that they would never forget about Chernobyl and the act of bravery accomplished by the older generation. They also thanked the veterans for their openness and life experience, which they willingly share with young people.

Nikolay Alekseevich Sushkov, Nikolay Nikiforovich Sachishin, Dmitry Anufrievich Kolbasin told about the everyday life of employees in the polluted regions on the website of our Academy. By the way, on the eve the journalist of the First National Channel of Belarusian Radio Olga Shalyova talked to Dmitry Anufrievich, a professor in the civil and labor law department. Memories of Chernobyl will be presented in the next issue of the author's radio program “I Serve to the Motherland!”.