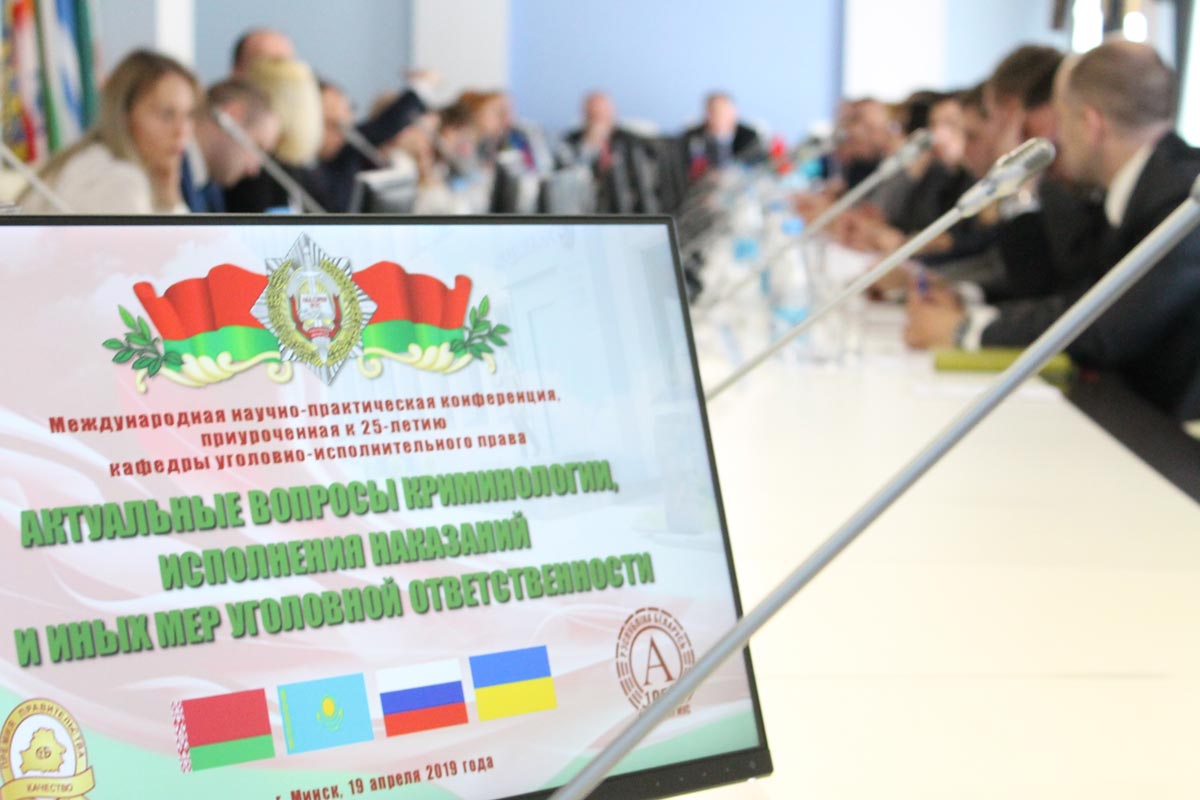 An international conference entitled “Current Issues of Criminology, the Execution of Punishments and Other Criminal Responsibility Measures” was held at the Academy of the MIA.

The Department of Penal Law of the Academy was the main organizer of the scientific and practical event.

Opening the conference, the head of the Academy of militia, Major General of Militia Sergei Doroshko, emphasized the significance of the current meeting in strengthening international cooperation in the field of education and science.

“The results of the conference will lay the foundation for conducting scientific research demanded by law-enforcement practice, and will also determine promising areas for the improvement of legislation,” said Sergei Doroshko.

The representatives of Belarus, Russia, Kazakhstan and Ukraine attended that forum. Scientific works were included in the conference collection published in the Academy of the Ministry of Internal Affairs.

Alexander Yaskevich, vice rector of the Academy of militia for scientific work, Oleg Savastey, colonel of militia, head of the criminal-executive faculty, and Nikolai Kiyko, colonel of militia, head of the relevant department actively participated in the discussions. Along with the main theme, scientists and practitioners focused on the criminological aspects of the fight against crime and the fight against corruption.

On the same day, a meeting of the leadership of the alma mater of militia with representatives of Russian universities (the Academy of Management of the Ministry of Internal Affairs, Academy of FSIN, Vologda Institute of Law and Economics of FSIN, Krasnodar University of MIA, Moscow State University named after Lomonosov, Samara Law Institute of FSIN) was held. Sergey Doroshko discussed with the guests issues of concern to the scientific community, as well as plans for further cooperation with educational institutions of Russia.