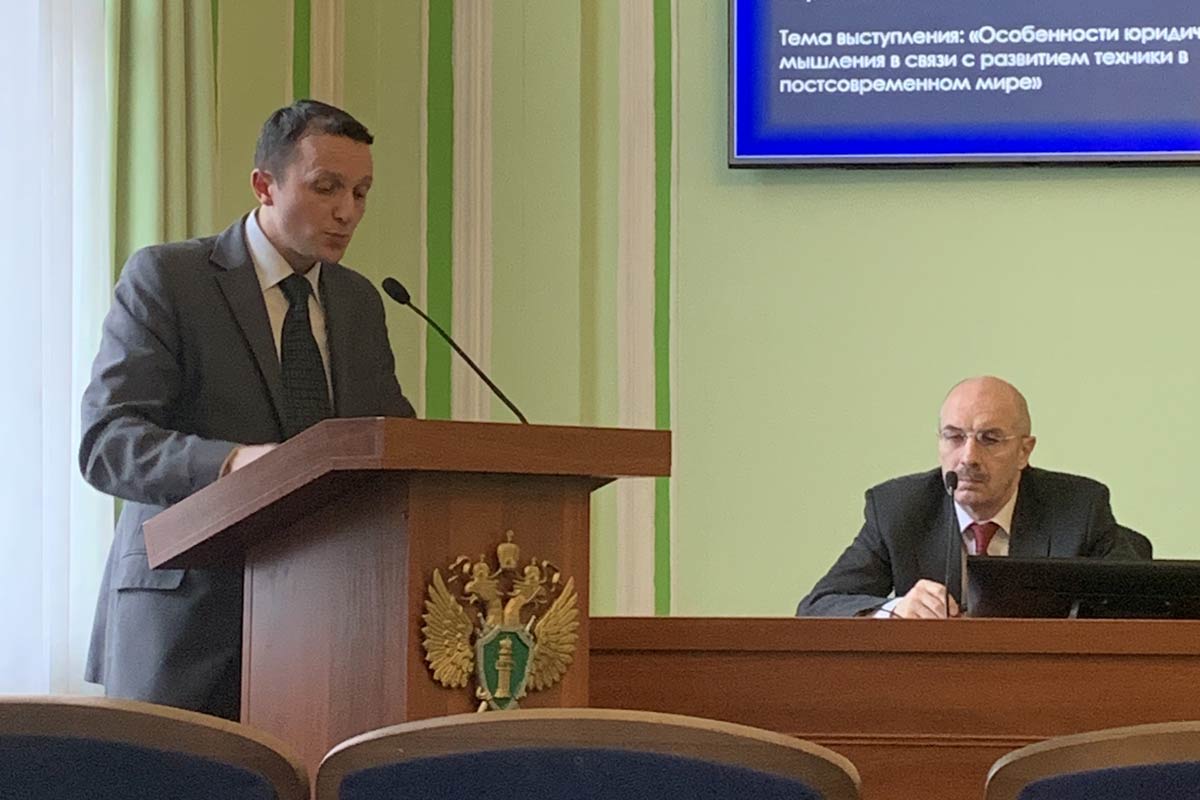 In the scientific community, it has become a tradition to devote scientific forums to the memory of outstanding scientists, both theorists and practitioners.

One of such events was the International Scientific Conference “XIXth Spiridon Readings” on the topic “Legal Thinking: Classical and Postclassical Paradigms”, which was held on April 5 and April 6, 2019 in the St. Petersburg branch of the University of Prosecutor’s Office of the Russian Federation. The conference was dedicated to the work of Lev Spiridonov, an eminent legal theorist and criminologist, who developed the concept of dialectical sociology of law.

The conference was attended by leading theorists of law in Russia and several neighboring countries. The Academy of the Ministry of Internal Affairs of the Republic of Belarus was represented by the head of the Department of Theory and History of State and Law, PhD in Law, Associate Professor, Police Colonel Vadim Pavlov. A scientist from the Academy prepared a report “Features of legal thinking in connection with the development of technology in the post-modern world”, which was met with interest by the conference participants and caused a lively discussion on the content of the stated problem.

According to the results of the conference will be published a collection of scientific papers.