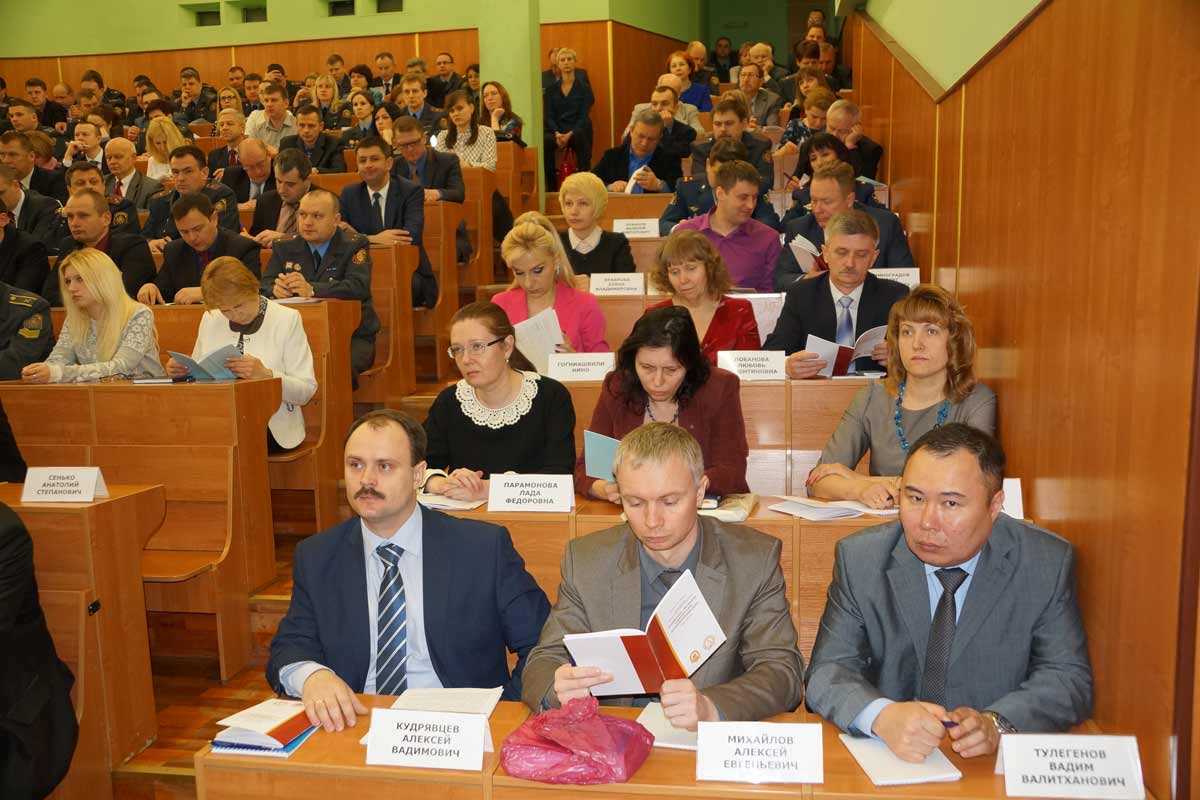 The conference "Problems of Combating Crime and Training Personnel for Law Enforcement Agencies" has become a visiting card of the Academy of the Ministry of Internal Affairs.

The International Scientific and Practical Conference, held by the Academy of the Ministry of Internal Affairs since 2001, has become a platform for experts to discuss the most relevant theoretical and practical aspects of law enforcement. The present event brought together representatives of more than 40 organizations and departments, as well as over 50 educational institutions of Belarus, Russia, Kazakhstan, Georgia and Ukraine.

Opening the conference, the chief of the Academy of the Ministry of Internal Affairs, Major-General of Militia Vladimir Bachila, noted that today there are more and more new types of crime, information technology is increasingly used in committing economic crimes, with the illegal trade in drugs and weapons. It is necessary by joint efforts of professionals from different countries to timely detect threats and develop effective levers against crime. To promote this, the scientific and practical conference, traditionally organized by the Academy of the Ministry of Internal Affairs, is also called for.

The first guest, who was given the floor in the plenary session, was the head of the Kirov Institute of Advanced Studies of the Federal Penal Service of Russia Colonel of Internal Service Vasiliy Ponkratov. He shared his experience in the professional education of the penitentiary system staff, accumulated in the educational institution he heads.

The report of the Vice-Rector of the Academy of the Ministry of Internal Affairs of Georgia, Sofia Kiladze, aroused a genuine interest among the gathered, who spoke about the complex of measures undertaken by Georgia in the fight against organized crime. Anna Aubakirova, the head of the Criminal Procedure Department of the Almaty Academy of the Ministry of Internal Affairs, acquainted the conference participants with some peculiarities of securing evidence in the criminal proceedings of Kazakhstan. Dean of the law faculty of the Vladimir branch of the Russian Academy of National Economy and Public Administration under the President of the Russian Federation Alexei Kudryavtsev in his speech described the state of penitentiary crime in Russia.

Within the framework of 12 sections, a wide range of issues were discussed: criminal law, criminological and forensic problems in the fight against crime, actual nuances of the functioning of the penal system, features of international, constitutional, civil and other institutions of law, etc. This exchange of views is useful and is important not only from a scientific point of view. It certainly will stimulate timely correction of the educational process, legislative activity and law enforcement practice in the field of countering crime.

Read more about the international conference in the newspaper "On Guard" No. 16 of April 15 this year.

Press Office of the Academy