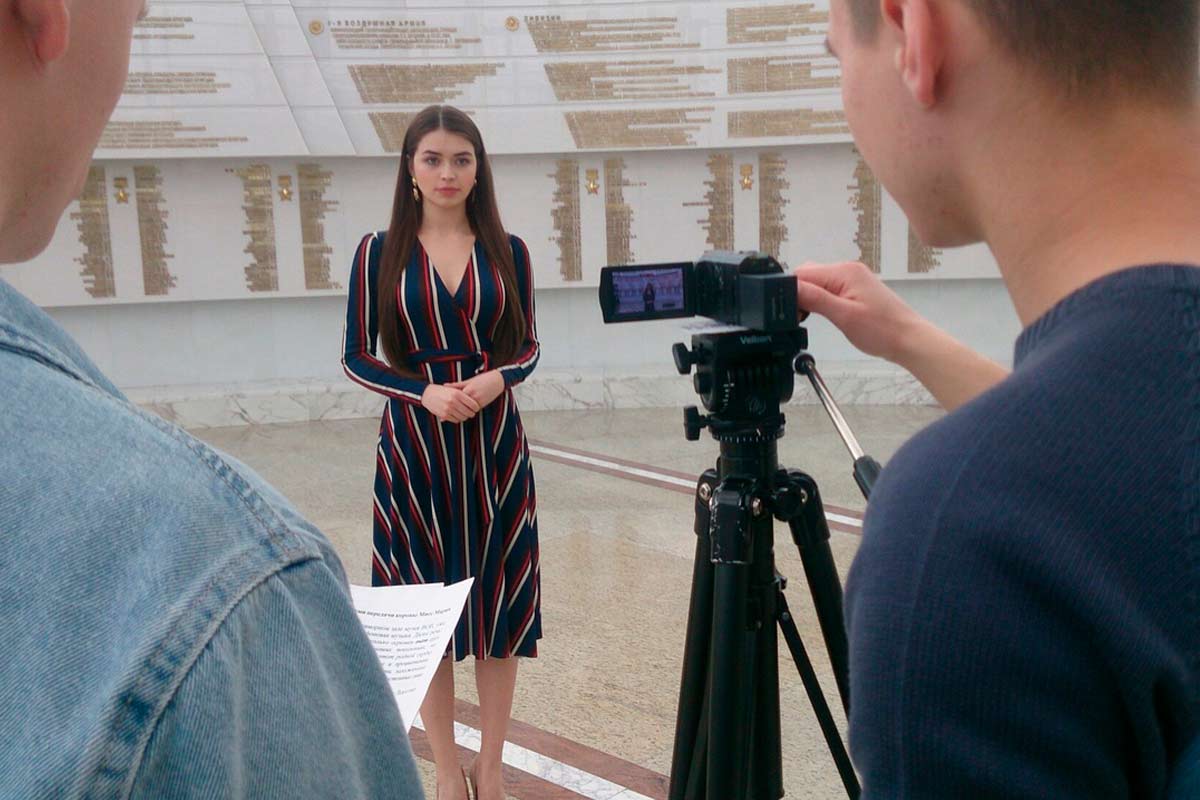 On the eve of the celebration of the 75th anniversary of the liberation of Belarus from the Nazi invaders, the university “primary” held a patriotic contest of short films “Winners”.

The competition was implemented in the framework of the project “My film about the war” and instantly attracted the attention of cadets. Future officers immediately began writing scripts, searching for heroes leading and filming. The work captured all cadet faculties. The faculty of militia  became the leader in the short films submitted to the competition. The competition commission of the Academy of the Ministry of Internal Affairs sent 12 works to the Minsk City Committee of the Belarusian Republican Youth Union to participate in the final of the competition.

The first year cadet of the faculty of investigators Anastasia Krivodubskaya shot the film “Memory is stronger than time” according to the stories of Lydia Volkova, a medical service lieutenant. The team of young fans of cinema 2 "A" of the course of the faculty of militia created a short film, the main idea of which was the demonstration of the entire destructive power of war to the audience. The children were united by the fact that their families sacredly commemorate the exploits of relatives who took part in the hostilities during the Great Patriotic War.