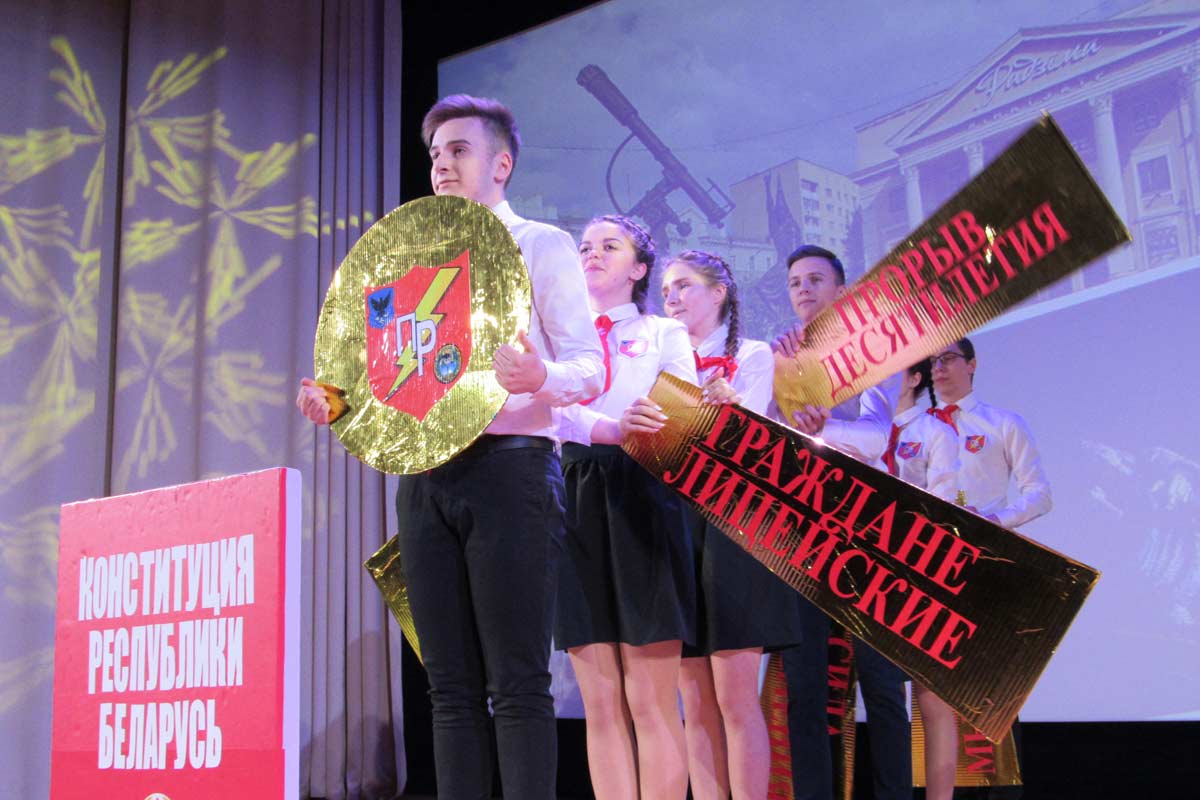 The Republican Legal Olympiad continues at the Academy of the Ministry of Internal Affairs. The teams of the Gomel and Grodno regions fought for reaching the final.

The second qualifying stage of the XIV Republican Legal Olympiad "Themis" was held at the police alma mater. Six teams representing the legal classes of secondary schools No. 13 Grodno (“Code of Honor”), No. 10 Lida (Equitas), No. 3 Dyatlovo (“Leader”), No. 2 Zhlobin (Peacemakers), No. 15 of Mazyr ( "Glorious Pantheon") and Mozyr State Regional Lyceum ("Polesye Rangers"). By the way, the Rangers are the "silver" winners of the 2017 Olympics and 2018, and representatives of the secondary school number 15 of Mazyr last year took the honorable third place.

Opening the event, the head of the Academy of the Ministry of Internal Affairs, Major General of the Police Sergei Doroshko, wished the participants an interesting fight, and the most prepared, of course, victories, and such as in sports, with a clear advantage. Sergei Ivanovich also reminded that the current Olympiad is dedicated to the 25th anniversary of the Constitution of our country and is included in the plan of the Council of Ministers to celebrate the anniversary date. This means that the task of young jurists to speak not only brightly, with a creative approach, but also in accordance with the main topic of the forum.

The current Olympiad ended with the victory of both Mozyr teams - Polesye Rangers (62.6 points) and Glorious Pantheon (58.7 points).

Grodno squad "Code of Honor" became the "bronze" medalist. From the finals it was separated by 2.7 points. However, judging by the mood of these guys, next year they will not miss their chance to win.

About how the teams - participants of the second Olympiad Day acted and how the creative and intellectual tests took place, in the next issue will tell the newspaper of the Ministry of Internal Affairs “On Guard”, and with it our site. The next, final, qualifying stage of the legal competition will be held on April 12, and we will know the full composition of the finalists of the Republican Olympiad.

Group information and public relations.
Photo by GIOS and Alexander Truskovsky, Faculty of Militia, 1 "B" course