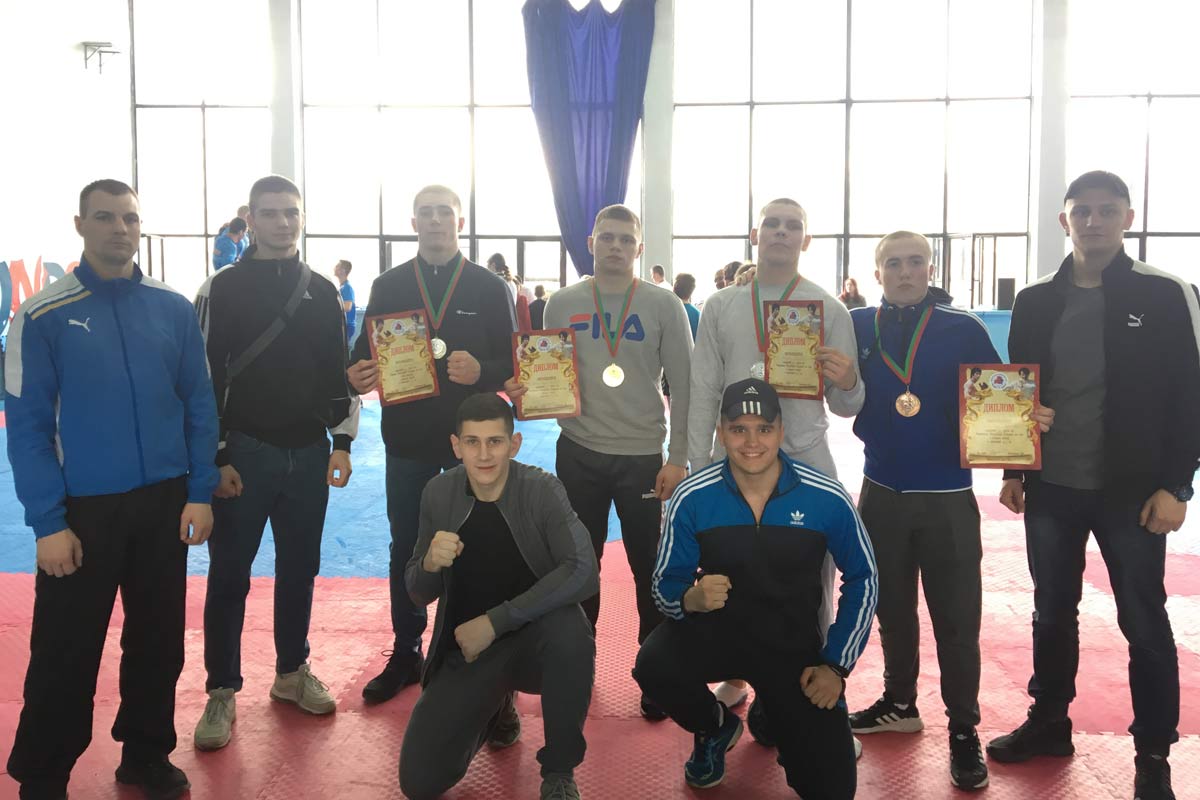 A full set of medals brought to the team of the Academy of the Ministry of Internal Affairs the republican championship in Chinese martial art and sport - wushu.

The competitions took place in Minsk in accordance with the plan of activities of the Ministry of Sport and Tourism and the Belarusian Wushu Federation. The championship brought together representatives of various Belarusian martial arts clubs. The cadets of the militia alma mater, who are part of the high school team in hand-to-hand combat, also spoke (the coach and the head of the team is Yevgeny Ivanovsky, militia captain of the Department of Professionally-Applied Physical Training).

Fights in nine weight categories were held according to the Olympic system with the loser being eliminated. Our athletes faced a difficult task, because the rules of wushu and hand-to-hand combat are different. However, this did not prevent the guys from winning prizes. In different weight categories, the cadets of the Faculty of Militia won “gold” (Andrey Koshirets), two “silver” (Vitaly Bykov, Vladislav Lozko) and “bronze” (Dmitry Oleinik).

Information and public relations group
According to the materials of Nikolai Tsyrkunov,
Department of Professionally-Applied Physical Training

faculty of militia sport and healthy lifestyle our university departments