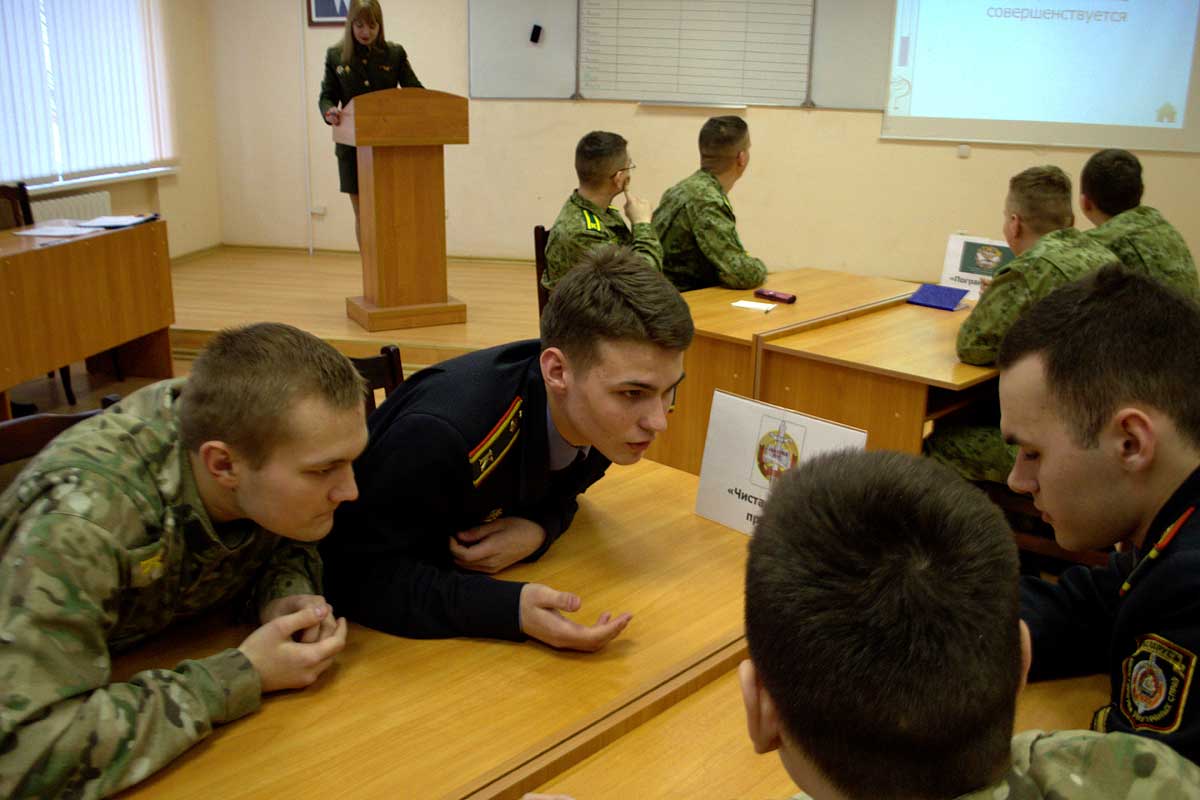 A team of militia alma mater took part in the interuniversity competition on the theory of state and law, organized by the Military Academy.

Intellectual competitions reminded sports under the motto "Faster, higher, stronger!". However, the participants of this event prefer the expression in the Latin version: “Citius, Altius, Fortius!” In the theory of law. Words inspire! Especially considering the fact that the whole country is waiting for the start of the II European Games. It is possible to fight and win not only at the stadium, but also in the classroom, so the olympiad movement is popular in the educational process.

The call to the cadets of the Academy of the Ministry of Internal Affairs was thrown by their colleagues in the law enforcement unit, studying at the faculty of internal troops of the Military Academy. On the initiative of Elena Sharkova, Associate Professor of the Department of Legal Disciplines, an intercollegiate Olympiad on the theory of state and law was held.

The cadets of the first “A” course of the Faculty of Militia Nikita Stulevich and Yegor Shastaylo, as well as freshmen of the Faculty of Corrections Nikita Sedlyar and Nikita Sumarokov entered the team of the militia Academy. The team prepared for the Olympiad under the direction of Alexander Grigoriev, Assistant Professor of the Department of Theory and History of State and Law, and Dmitry Voropayev, Senior Lecturer of the Department.

Competitions were held in the format of the famous TV program "Own Game". The participants were offered six topics from the course “General Theory of Law”, and within each topic - six more questions with nominal values from 10 to 35 points. It did not do in the game even without “A cat in a bag” - a question on a previously unknown topic. The teams took turns choosing the area of the question and its face value, after which they gave an answer within ten seconds. The winner is determined by the amount of points.

According to the results of the Olympiad, representatives of the Institute of Border Service rose to the highest step of the podium. The second place was taken by the team of the Academy of the Ministry of Interior, the third place - the cadets of the Military Academy.

Information and public relations group
based on the materials of  Dmitry Voropayev, Alexander Grigoriev,
Department of Theory and History of State and Law