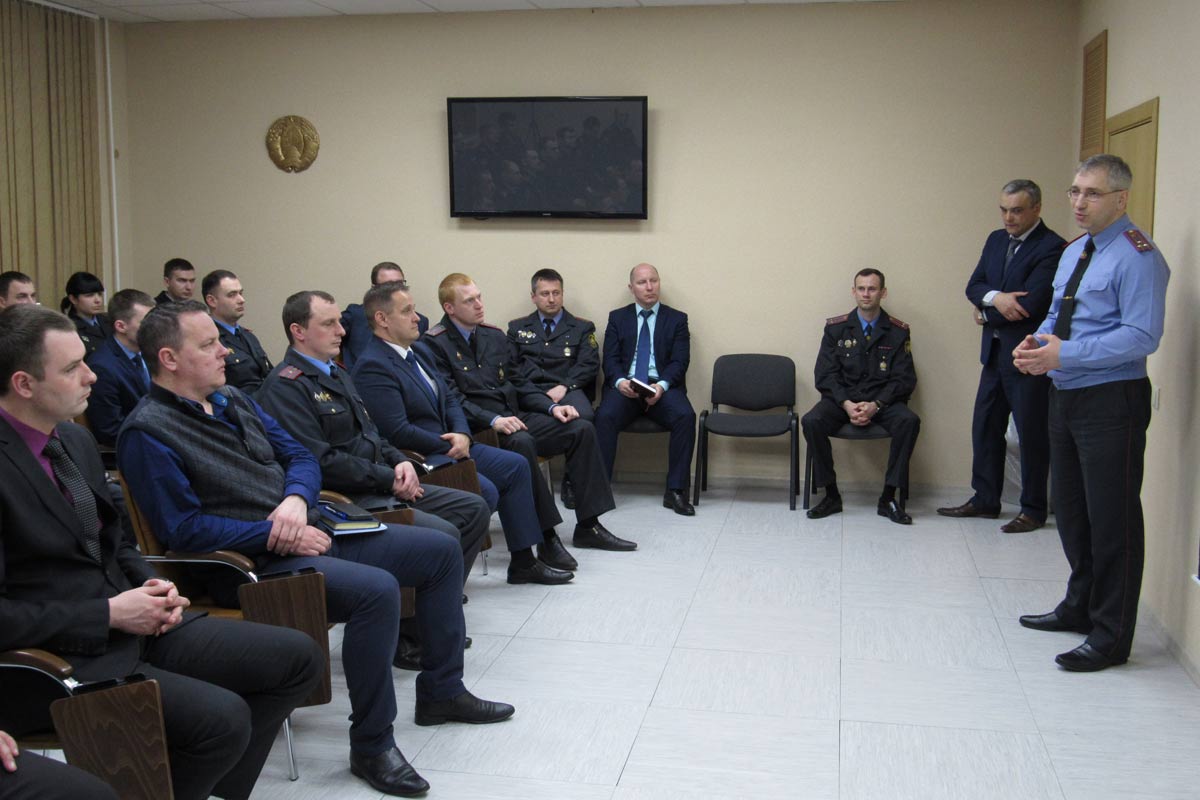 The Academy of the Ministry of Internal Affairs held a week-long refresher course for employees of territorial departments on combating economic crimes.

Such courses have a number of tasks and goals: improving the professional level of employees, deepening existing knowledge in the field of theory and practice, sharing experience.

The current courses on the subject of “Improving the activities of security officers, senior security officers of ECU LED” fully complied with these requirements. The Academy of the Ministry of Internal Affairs has long been successfully practicing an interdisciplinary approach to conducting classes, as well as interactive forms of education. Experts of the Academy program of these courses was drawn up just taking into account the modern educational process.

ECU staff in their work, it is important to be able to establish psychological contact with people of professional interest. To this end, the course participants were offered to divide into groups of five people, each of which subsequently held classes with elements of psycho-tactical training. Thus, each of the group members was able to try themselves in different roles (leader, performer, independent expert, etc.). The first part of the training was aimed at removing the excitement of the participants, creating comfortable conditions in the group. The second was held in the format of role-playing and business games. The specialists of the departments modeled various life situations that operational staff of the ECU, introductory and story lines encounter in their daily activities, and students offered their own model of communication with objects of operational interest. For realism in the role of prospective citizens, cadets of the Faculty of Militia and students of the Faculty of law acted, as well as creating the appropriate atmosphere (office of the head, cafe, apartment, medical institution, educational institution, etc.).

No less interesting was the final part of the training. All classes were recorded on video, and each employee of the economic unit of the police saw himself from the outside during the assignments, and the specialists of the Academy of the Ministry of Internal Affairs helped to work on the mistakes.

By the way, the inspector-psychologist of the Special police unit of the Internal Affairs Directorate of the Minsk Regional Executive Committee, militia lieutenant Natalya Sedko, who directly participated in each of the trainings, gave a professional assessment of the students' actions.

First Deputy Head of the Academy of the Interior Ministry, Militia Colonel Alexei Bashan said that the interdisciplinary approach to conducting classes is being introduced in the disciplines taught by the graduating departments not only at the first stage of higher education. This technique has shown its effectiveness in working with students of the faculty of advanced training and retraining of managerial personnel. Head of the third department of MDECU CM MIA Colonel of Militia Vladimir Barkovsky gave a high assessment to the course conducted.