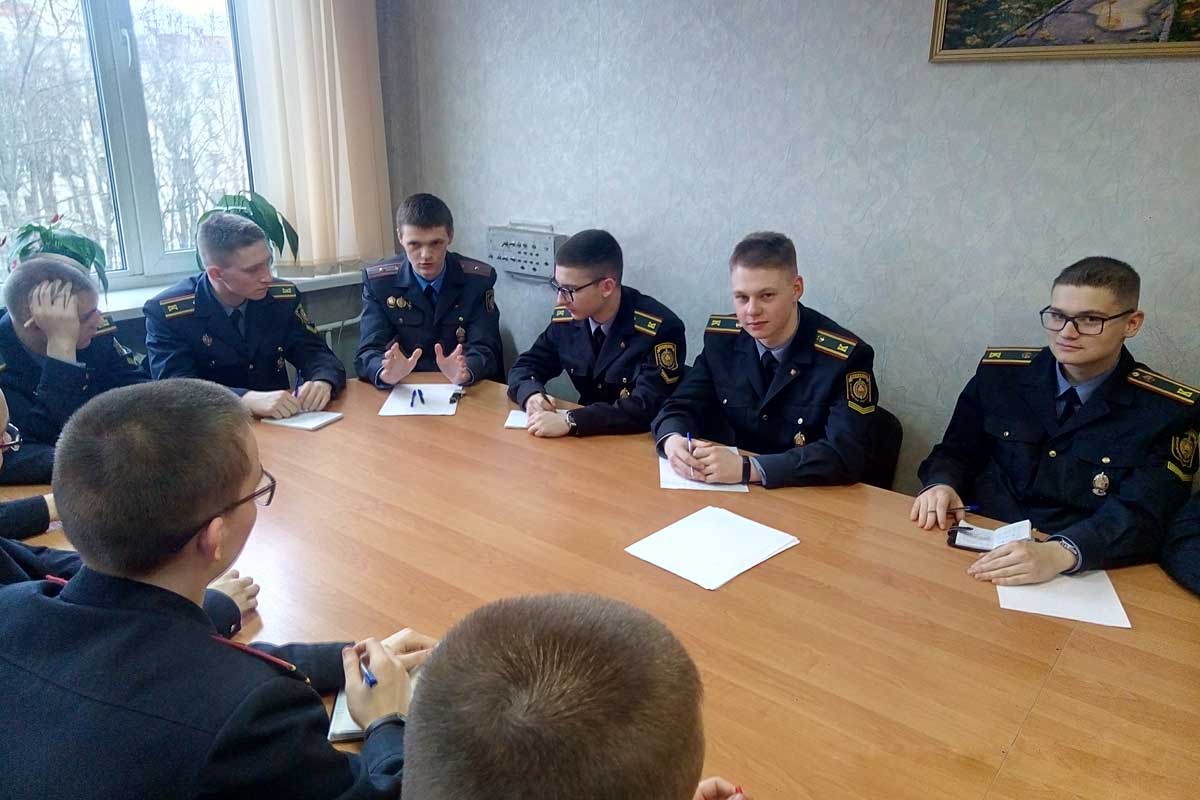 The participants of the next meeting of the scientific circle of the Department of Theory and History of State and Law discussed the nearest plans.

The reason for the meeting was the high school competition of students' research papers, which will be held in April - May. This event always occupies an important place in the work of the group, because according to the results of the competition, it is possible to draw the first conclusions about the prospects of the scientific career of the cadets. At this stage, those who are engaged in scientific work in order to achieve short-term goals, such as the high mark on the exam, are eliminated. Any course can encounter such a motivation, but it has its own positive result: students acquire useful skills and abilities related to finding and using information in the preparation of scientific work.

After the contest, the most interested, enthusiastic people in science continue their fruitful activities, allowing them to achieve really significant results. The cadets successfully participate in the republican competition of students' scientific works. The names of future scientists from the Academy of the Ministry of Internal Affairs regularly replenish the data bank of talented young people of our country.

The work of the Scientific and Pedagogical Faculty of the Academy is focused on the search for such as yet rough, uncut diamonds, which are just to become diamonds and sparkle in the horizon of the national legal science and practice. The path is long and thorny, but the result is worth it.

At the opening of the meeting, teachers of the department noted the main thing in the work being done. Then they familiarized the cadets with the terms and main provisions of the academy competition, discussed organizational issues, spoke about effective ways of processing significant amounts of information and methods for preparing texts. At the end of the meeting, the results of the next meeting were summed up and marked.

Information and public relations group
according to the materials of Dmitry Voropayev,
Department of Theory and History of State and Law