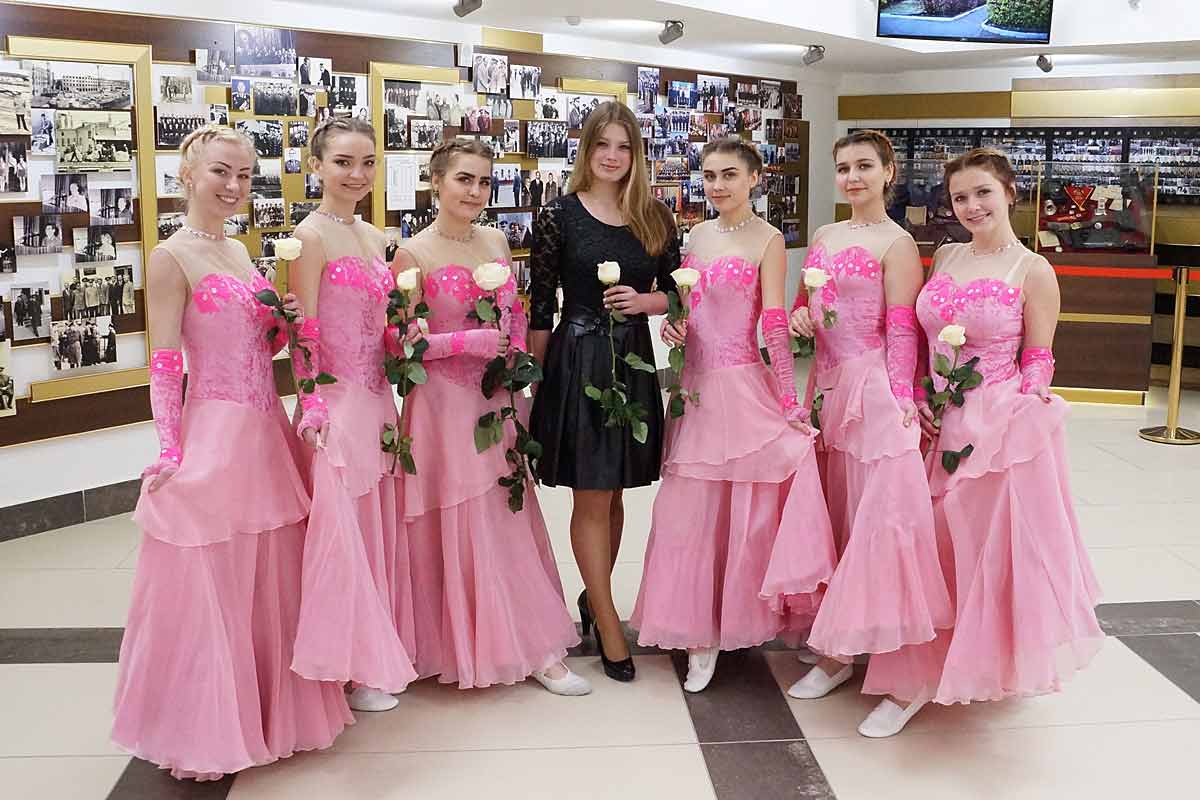 On the eve of Women's Day, the most creative employees and cadets prepared a gala concert, and the youth “primary” warmly congratulated the veteran of World War II Tamara Alekseevna Zavgorodnaya.

Festive meetings with congratulations to female students and female students took place at all faculties of the militia university. And the main event of the day, together with the cadets, prepared a center for cultural and educational work, inviting also young artists from Minsk gymnasium No. 23 and the vocal studios of the city. The concert turned out to be bright, informative, with touching and catchy numbers.

The organizers of the holiday tried to create the appropriate mood in the morning. A memorable surprise awaited the heroes, or rather, the heroines of the day at the entrance to the main building. Here they were greeted with music and songs. A little later, before the concert, near the assembly hall, all employees and cadet girls were presented with roses.

This week at the academy began festively (on March 4, the university noted militia Day) and ended the same way. The “primary organization” of the Belarusian Republican Youth Union led by secretary Antonina Borshun contributed to the creation of a wonderful atmosphere. Supporting the republican charity event “We choose to help older people!”, The future officers congratulated the veteran of the Great Patriotic War, formerly the head of the special library of the Minsk Higher School of the USSR Ministry of Internal Affairs (now the Academy of the Interior Ministry), senior lieutenant retired Tamara Alekseevna Zavgorodnaya. To fulfill the festive mission of their cadets delegated 1 "A" and 1 "B" courses of the Faculty of militia.