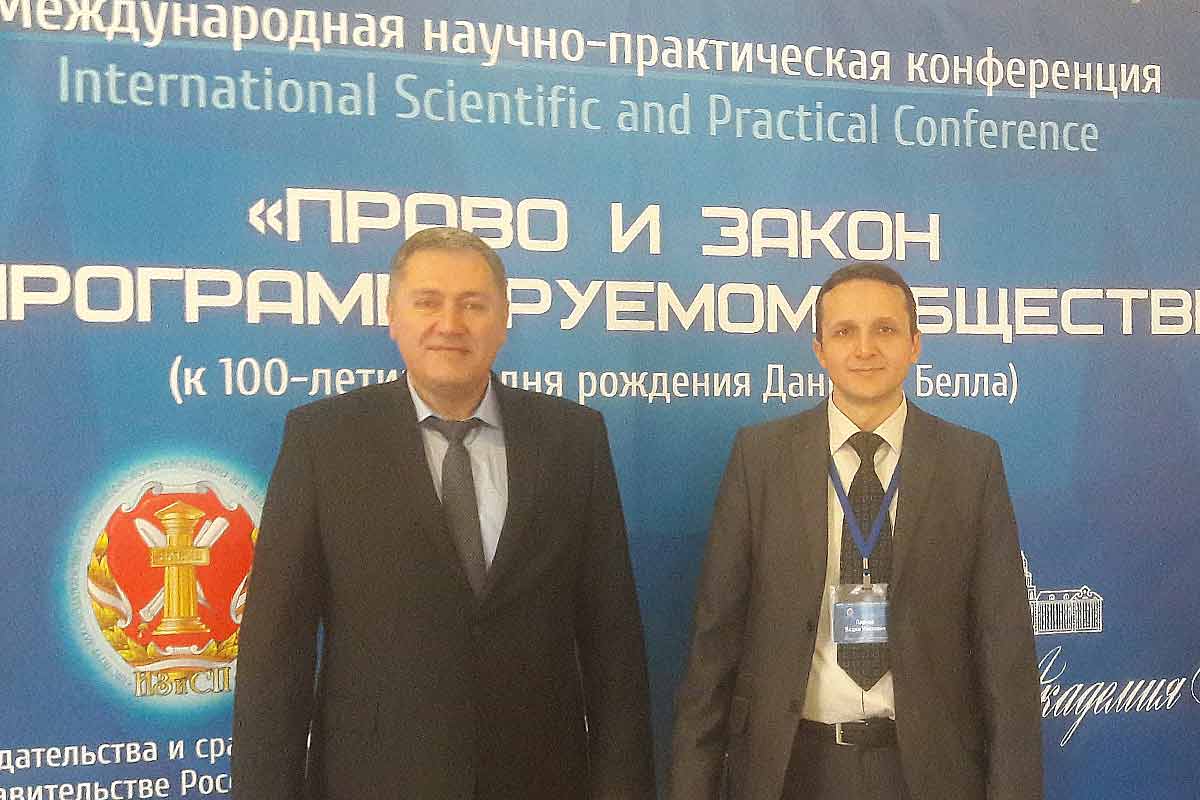 At the international forum, a scientist from the Academy of the Ministry of Internal Affairs of Belarus spoke on the topic “Techniques and people in the information society: to questions about priorities in legal regulation”.

The Institute of Legislation and Comparative Law under the Government of Russia and the Russian Academy of Sciences organized in Moscow an international scientific conference “Law and Law in a Programmable Society (on the 100th anniversary of the birth of Daniel Bell)”. The forum is dedicated to the memory of an outstanding scientist who, in the middle of the 20th century, predicted global digitalization and informatization of legal reality and problems that lawyers will face at the beginning of the 21st century.

The conference was attended by leaders of scientific organizations and educational institutions, leading scholars and experts in the field of constitutional law, general theory, history, philosophy and sociology of law, criminal law, process and criminology, administrative law and process, civil law and process and other sectoral and applied legal disciplines.

Within the section “Law and Law in the Conditions of Digitalization of Social Programming”, the Head of the Department of Theory and History of State and Law of the Academy of the Ministry of Internal Affairs of Belarus PhD in Law, Associate Professor Militia Vadim Pavlov. The scientist dwelled on the problems associated with the introduction of innovative technical tools in legal science and sectoral legal disciplines.