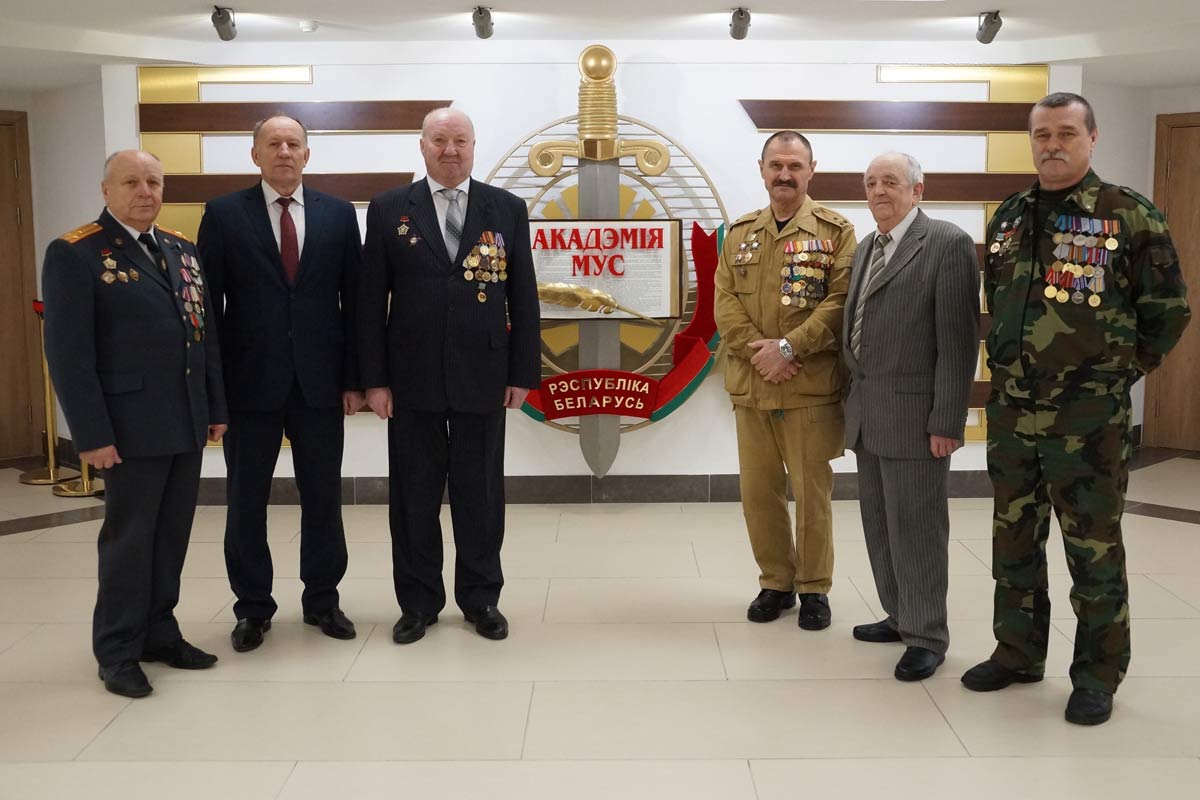 The Academy of the Ministry of Internal Affairs honored employees who had the opportunity to perform a duty in a foreign land.

Thirty years ago that day, the last Soviet soldier crossed the bridge of the border river Amudarya near Termez - the withdrawal of Soviet troops from Afghanistan was completed. The war lasted nine years and claimed the lives of tens of thousands of people. In total, about 30,000 natives of Belarus served in Afghanistan from 1979 to 1989.

Employees of the department of ideological work of the university on the eve of the anniversary of the withdrawal of troops from Afghanistan organized a large program for the soldiers-internationalists. The meeting began with a visit to the museum of the Ministry of the Interior, and continued with a meeting with the head of the Academy, Major General of Police Vladimir Bachila at the university. 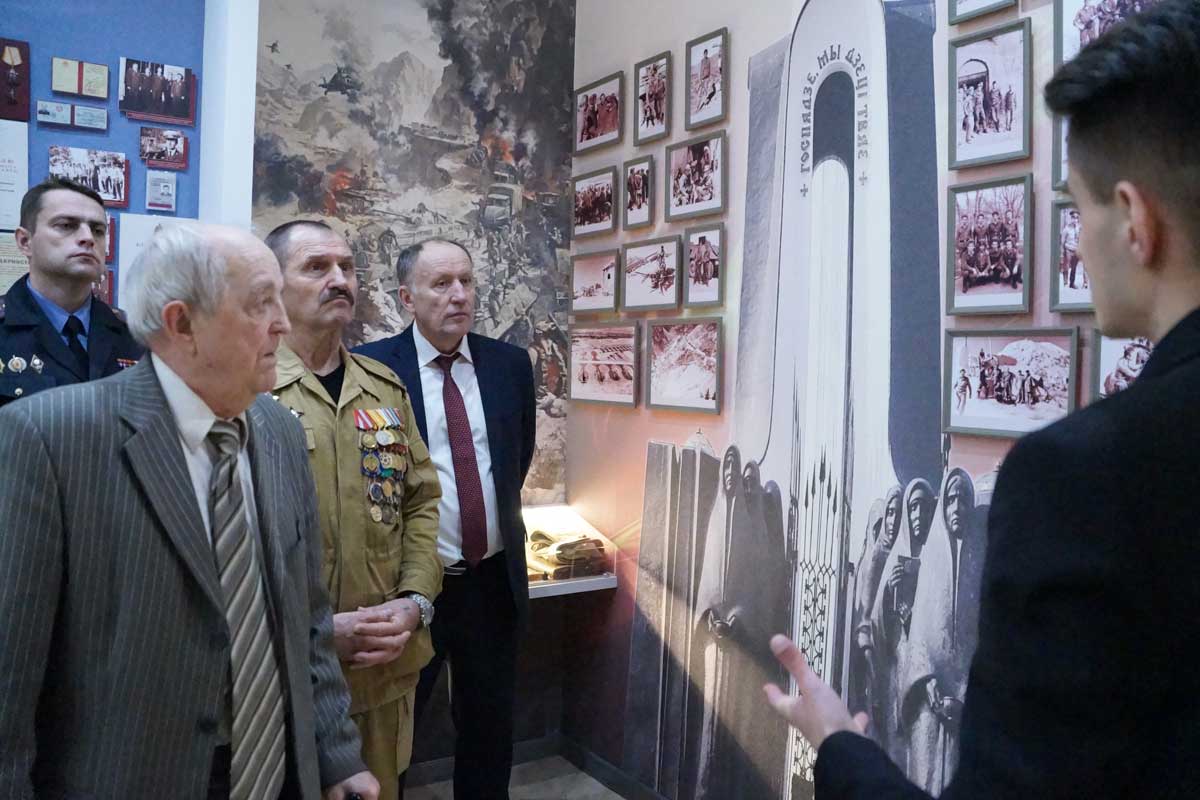 In the assembly hall of the heroes of the day, the staff and cadets of the academy were already waiting. Participants of the war were welcomed standing. Guest of honor - the director of the charity fund to help soldiers-internationalists "Memory of Afghanistan", retired colonel Alexander Metla.

... muted the light. Newsreels flickered on the screen. The events of those years caused special memories of the soldiers-internationalists. Their emotions were transmitted to the rest.

Vladimir Bachila said many warm words and good wishes to the participants of the hostilities in Afghanistan. The period of international service of these experienced people is known to the whole team. Their names and service records are sealed in the jubilee books of the university, they are dedicated to the memory page on the Academy website. The head of the university thanked the veterans of the Afghan war for their position in life, the inner core and years of conscientious service. He also stressed that dedication and selfless service to the Fatherland are an example for everyone, and especially for those law enforcement officers who are just beginning their police journey. 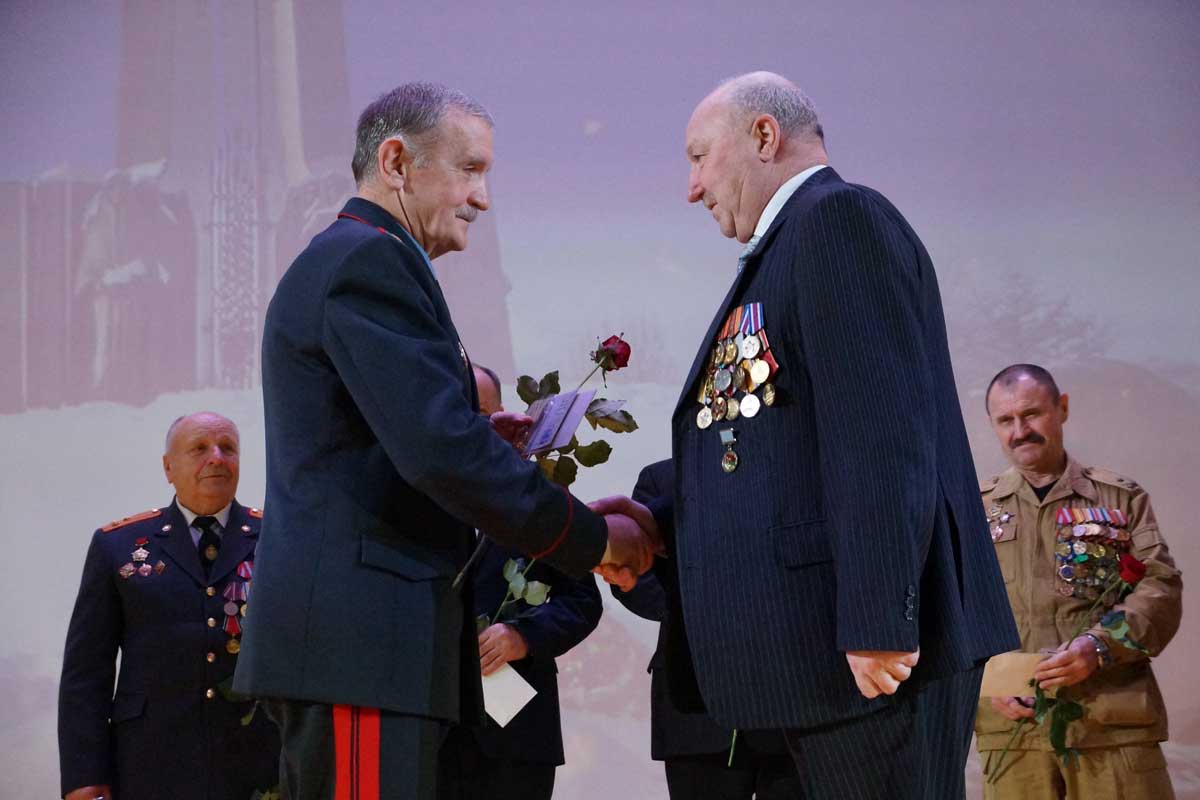 A musical gift to the soldiers who honored with their international duty in a distant country was the performance of the cadets of the militia university and the specially invited creative team of the USSR.

The soloists of the group accompanied each song with a real story: names, destinies, memories ... They honored the memory of those who, fortunately, were not destined to return "from behind the river" home, and those guys who died after the Afghan war. The premiere of the song “Not Lost” was played on the main stage of the Academy. 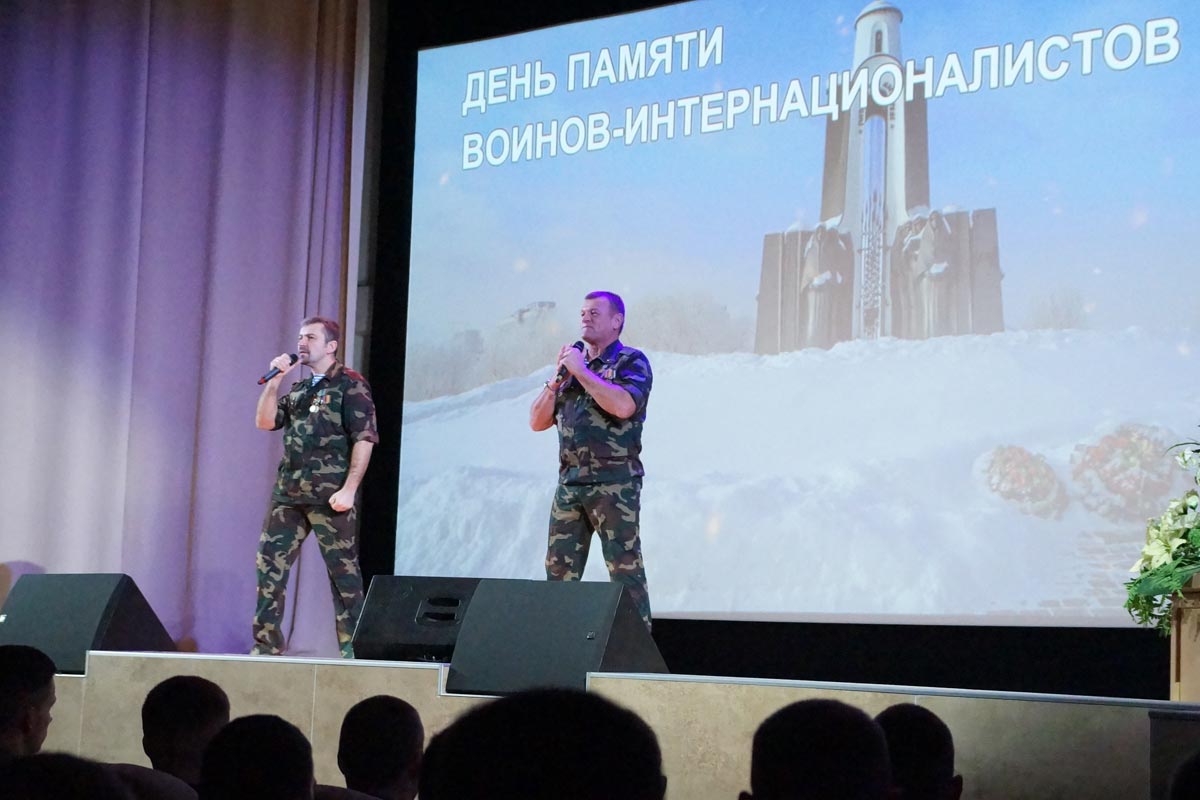 By the way, the leader of the team - a poet, a warrior-internationalist Alexander Zhadan, being the company commander, then still in the rank of guard captain, left Afghanistan one of the last. Two orders of the Red Star, the Medal "For Courage", two wounds and three contusions - such is the legacy of Afghanistan from Alexander Vasilyevich.

The military-patriotic songs were replaced by lyrical spiritual compositions about their homes, a village house with a cozy stove, a family and happiness. And the words of the chorus of the famous song “For that guy” were sung by the entire audience.

Vladimir Bachila awarded the participants of the “USSR” group Alexander Zhadan, Andrey Lemeshchenko and Igor Tychy a breastplate commemorative “Installing Adukatsy” Acadamia of the Ministry of Internal Law of the Republic of Belarus ”. 60 year ". In a solemn ceremony, the same badge was awarded to Alexander Metle.

Events to honor the soldiers-internationalists were held in all faculties of the university. At the investigative expert, for example, the invited Afghan soldiers, especially for the cadets, launched an exhibition of weapons, ammunition, equipment, household items and uniforms. 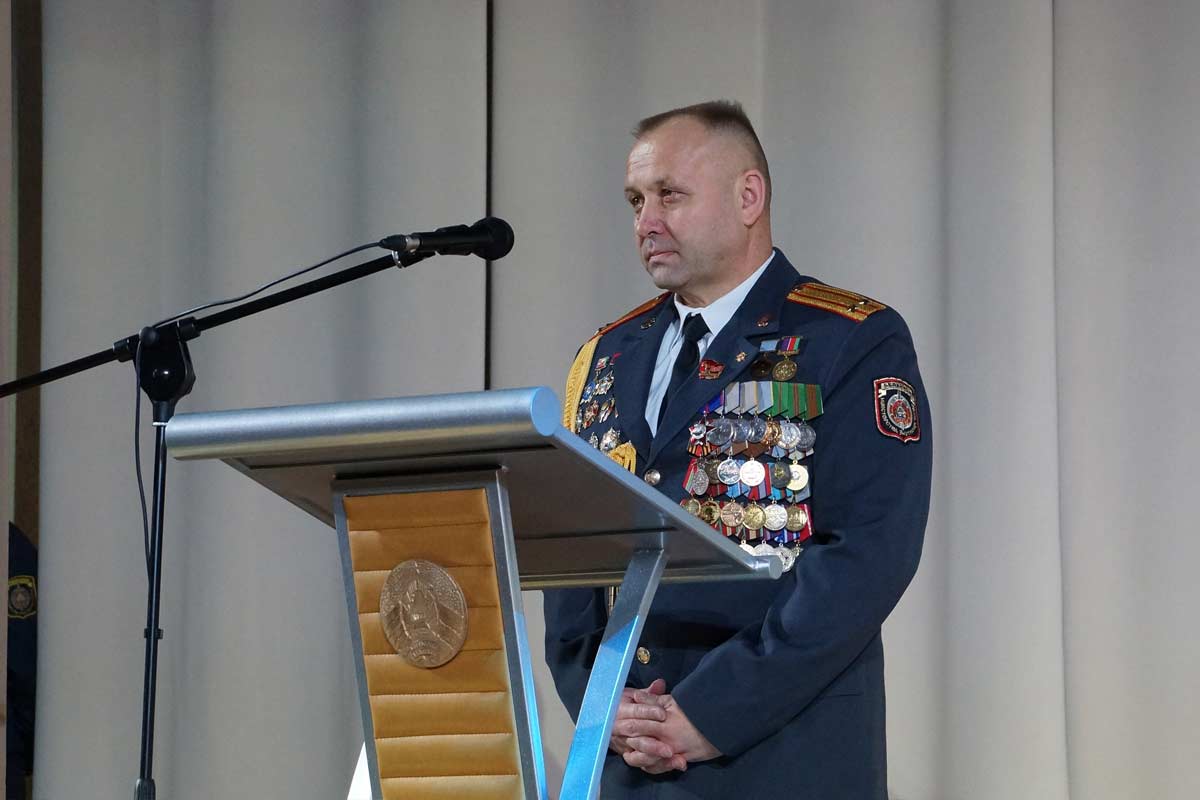 Yesterday, the deputy head of the ideological work and staffing department of the special police unit of the police department of the Minsk City Executive Committee, Sergey Davidovich, a member of the legendary Operation Magistral, which began in the autumn of 1987 and ended in the winter of 1988, was awarded a medal for two years of service in Afghanistan. "For courage" and "For military merit."

The officer, in simple words, conveyed the conditions under which he had to live and fight, how much he had to experience and endure ...