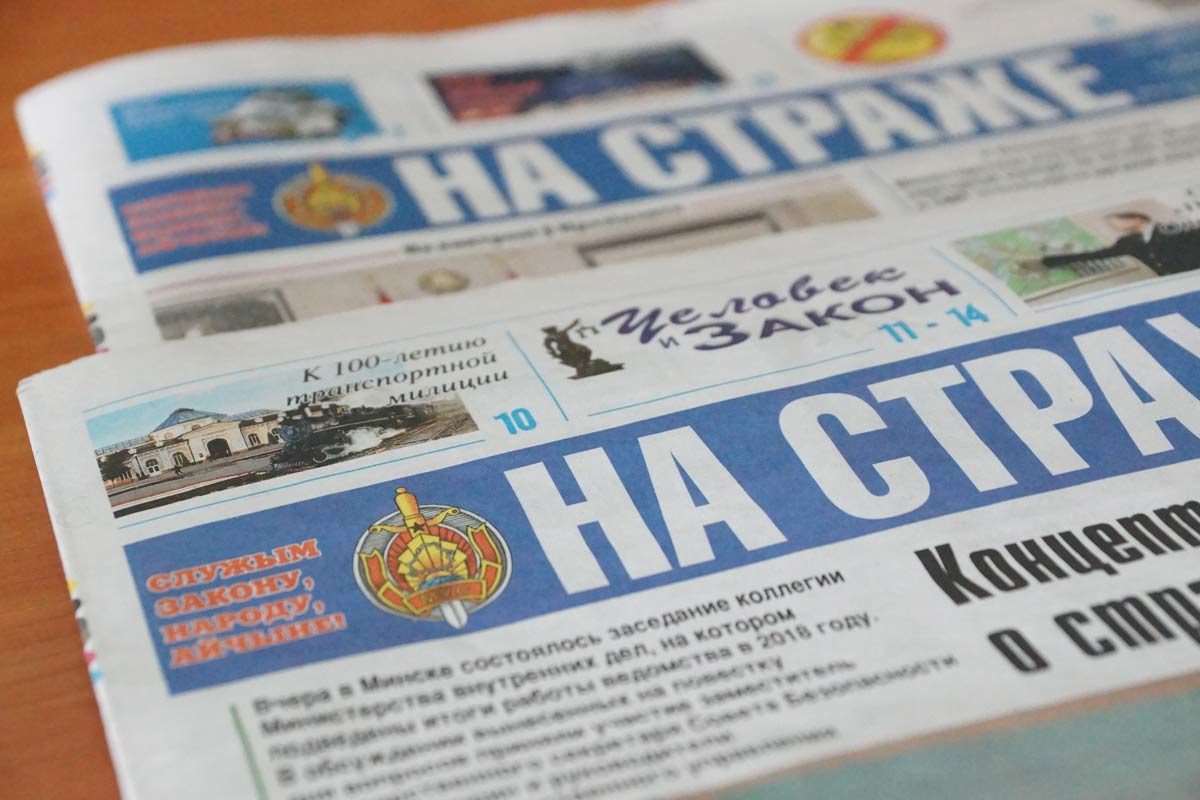 Today came the next issue of the departmental newspaper. Opens his publication on the results of the collegium of the Ministry of Internal Affairs and a number of tasks.

In the endless virtual space, children risk falling into numerous traps skillfully placed by intruders. To deceive the naive guys, criminals invented many schemes. On the threats lurking on the Internet, told the representatives of services to combat cybercrime, drug control, the Inspectorate for Minors.

Growing up in special conditions

Correct the difficult characters of teenagers are taken in the educational colony number 2 (Bobruisk): the specialists of the institution make a lot of effort to change the erroneous views of their wards. Read about this and many other things in the next issue of the joint project “On Guard” and the Department for the Execution of Punishments of the Ministry of Interior.

Century under the sound of wheels

On the eve of the 100th anniversary of the transport militia, the departmental newspaper continues a cycle of publications devoted to the brightest pages of its history. The latest material reflects the events of the 1980s.

Playing by the rules

Each subscriber of the departmental publications has a chance to become the winner of the promotional game "Winning subscription"! Hurry to drop the coveted envelope with the subscription receipts in the mailbox, but first read the rules of the raffle published in the “On Guard”.