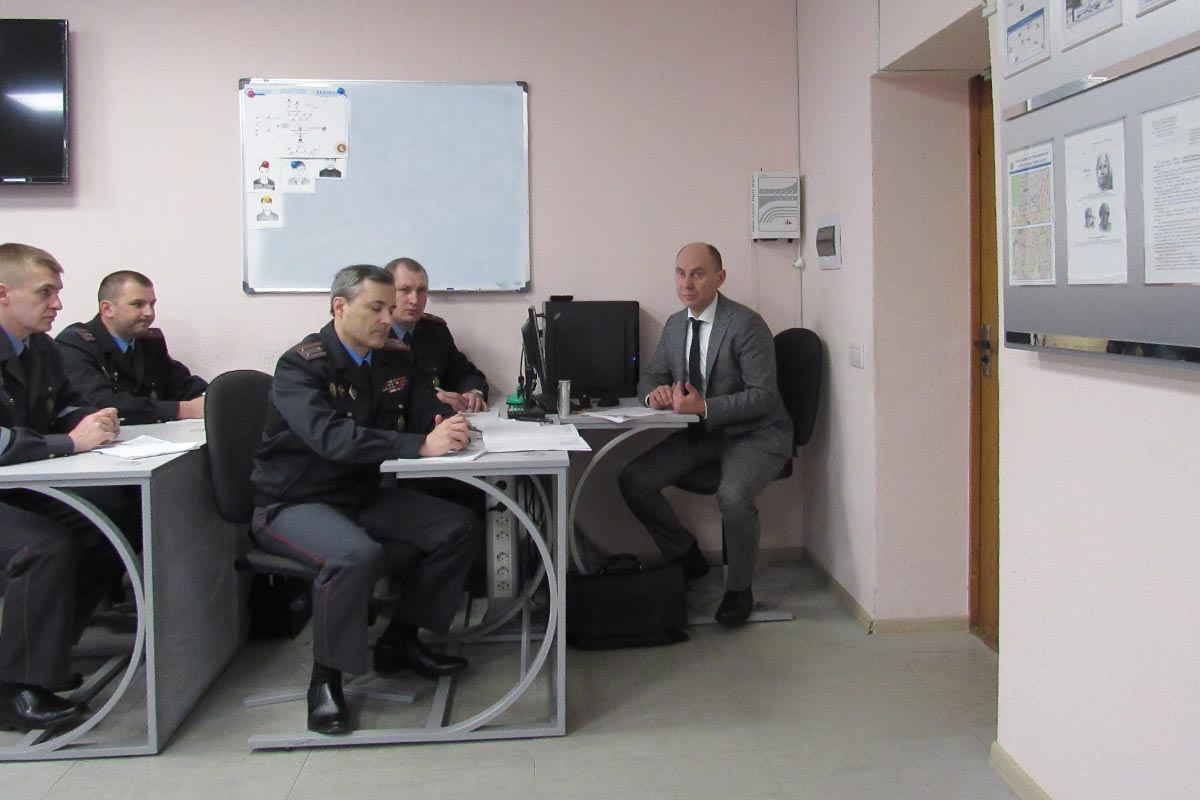 The head of the MDD&CHT CM Ministry of the Interior, police colonel Gennady Kazakevich conducted a training session with the heads of law enforcement units.

Today, at the Academy of the Ministry of Internal Affairs, the head of the main drug control and anti-trafficking department of the criminal police of the Ministry of the Interior, police colonel Gennady Kazakevich, conducted a training session on the topic “Organizing the detection and detection of crimes against sexual freedom and sexual integrity.” The problems raised were discussed by the heads of the drug control and anti-trafficking units, enrolled in the faculty of advanced training and retraining of managerial personnel. The management and the faculty of the operational-search department of the militia faculty also joined the discussion of topical issues.

At the training lesson attention is paid to the peculiarities of counteraction to crimes in the considered sphere, including the detection and suppression of the facts of sexual violence against children. Emphasis is placed on the need to improve professional knowledge in this area of ​​the fight against crime, which is included in the terms of reference of the drug control and anti-trafficking units. Gennady Kazakevich gave examples from practical activities and stressed the importance of interaction with employees of other law enforcement units and government agencies.

The training session also talked about the information support of operational activities, in particular, about the important role of a special computer program used by the police in many countries of the world. Recall that the courses with the participation of foreign experts, organized on the basis of the International Training Center of the Academy of the Ministry of Internal Affairs, were devoted to the features of its use.

According to the materials of the department of detective activity