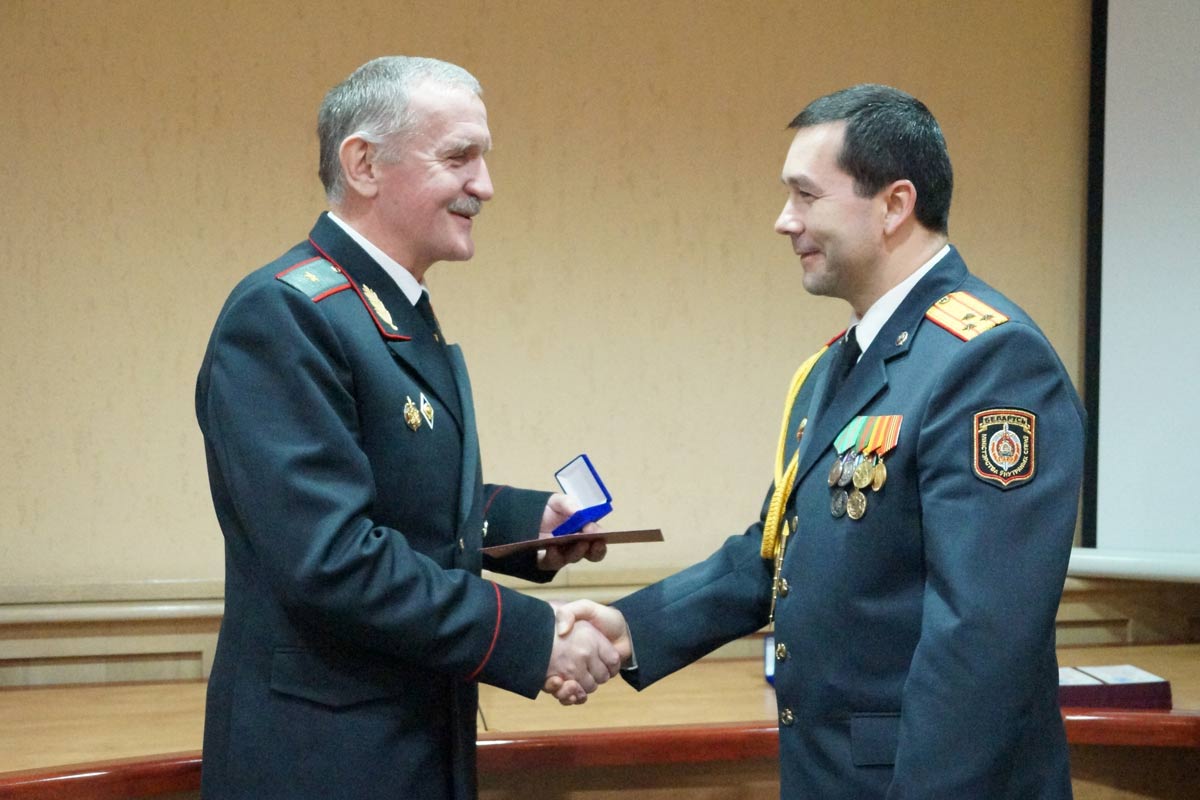 Students-masters of a militia Academy successfully completed a degree in law.

The past week at the Academy of the Ministry of Internal Affairs ended festively - with the release of students-masters. Following one and a half years of training, law enforcement officers received a master’s degree in law. Among the current graduates are representatives of various departments of the Ministry of Internal Affairs, the Investigation Committee and the State Committee of Forensic Examination.

By tradition, a solemn ritual of initiation to the masters. This year, the right to hold was entrusted to the chairman of the state examination commission, judge of the Constitutional Court of Belarus, candidate of law, assistant professor Sergei Chigrinov. Wishing the newly mastered masters, he wished them to effectively put into practice all the knowledge gained and expressed confidence that everyone would be able to achieve the desired heights.

On behalf of the graduates in the master's gown, a spokesman for the Chief Directorate of the Criminal Investigation Department of the KM CIA Lieutenant Colonel Sergei Dolnikov. Thanking the management and teachers of the Academy, he noted the importance of the knowledge obtained in the magistracy. The officer addressed individual words of appreciation to the supervisors who were close at each stage of the research work being conducted.

The culprits of the celebration received diplomas and breastplates about graduation from the hands of The head of the Academy of the MIA Major-General of the militia Candidate of Juridical Science, Associate Professor Vladimir Bachila. Congratulating the graduates, he stressed that the magistracy is the starting point for research activities and the academy will gladly accept new scientists into its ranks. The head of the Academy also addressed the cadets present at the ceremony. Representing graduates from various faculties who have just received a master’s degree, Vladimir Bachila wished everyone who takes his first steps in science not to stop there and take an example from senior officers who confidently achieve their goals.

Anastasia Voinova, GIOS of the Academy of the Interior Ministry. Photo by the  author