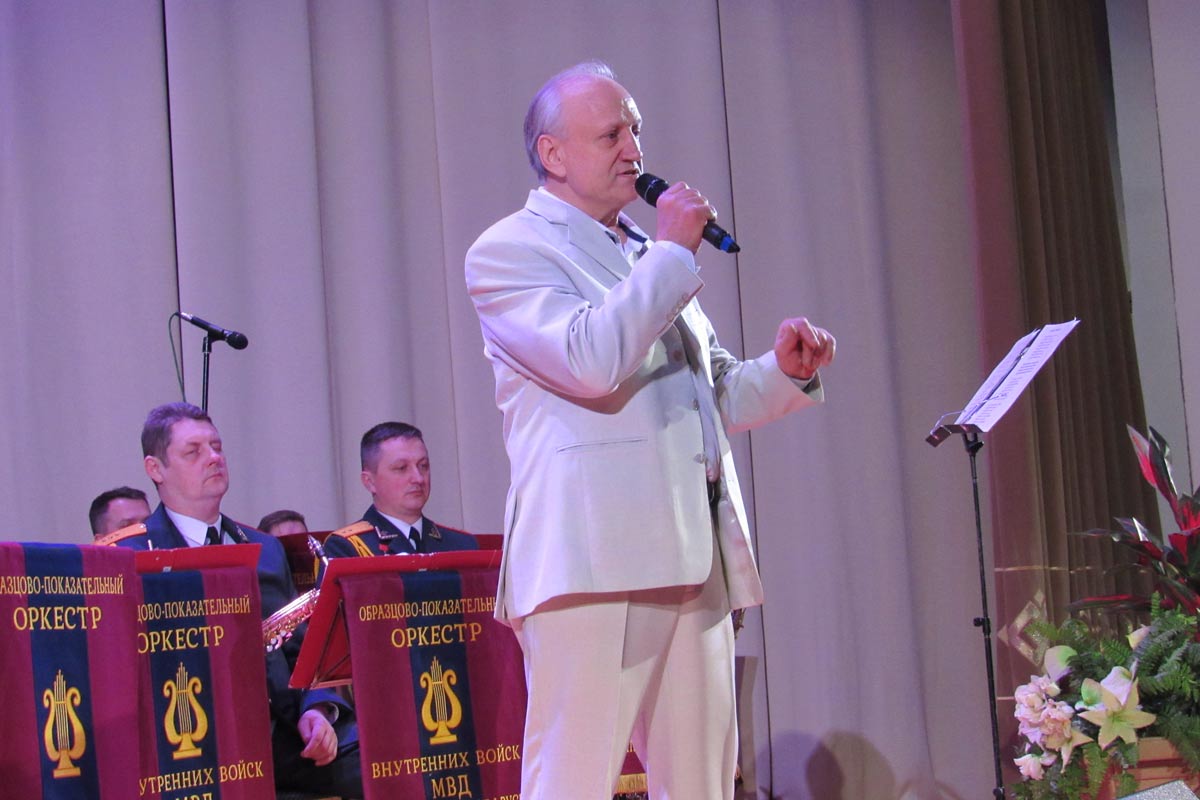 Today, in the main building of the Academy of the Ministry of Internal Affairs, a creative evening was held for a veteran of the internal affairs bodies of a retired police lieutenant colonel Konstantin Tsybulsky.

Songwriter, author and performer, member of the Writers' Union of Belarus Konstantin Tsybulsky is known to many. The future maestro was born in Minshchina in the small village of Zabolote in the Molodechno District. Therefore, the theme of a small homeland is especially close to the author. Love for the word manifested itself in the future police lieutenant colonel for a long time. Passion for sports, service in the police, creativity - Konstantin Petrovich managed to combine everything. And everywhere achieved success. Repeated winner of the republican literary contests and the Moscow International Film Festival "Law and Society", author of numerous collections of poetry ... Since 1997, in collaboration with well-known Belarusian composers, he has created many works performed by Belarusian pop artists. Songs to the poems of our guest sound in Belarus, Kazakhstan, Poland, the Baltic States, Russia.

Musical works are devoted to the Great Patriotic War, service in the police, maternal tenderness, love, dreams, peace, home side. By the way, the first song of Konstantin Tsybulsky, which he wrote with the national artist of Belarus composer Valery Ivanov, was dedicated to his father's house. Almost twenty years ago, it was performed by Anatoly Yarmolenko and the Syabry ensemble. Today, the song "Butts з zrub" - the card of the poet.

And the names of the songs speak for themselves: “Hourly roads”, “Syabram”, “Sertsa Vyski Maya”, “Budze Holy”, “Golden Mill”, “Planet of Love”, “Good People” and others. Today, the musical heritage of Konstantin Petrovich has long stepped over a hundred songs. 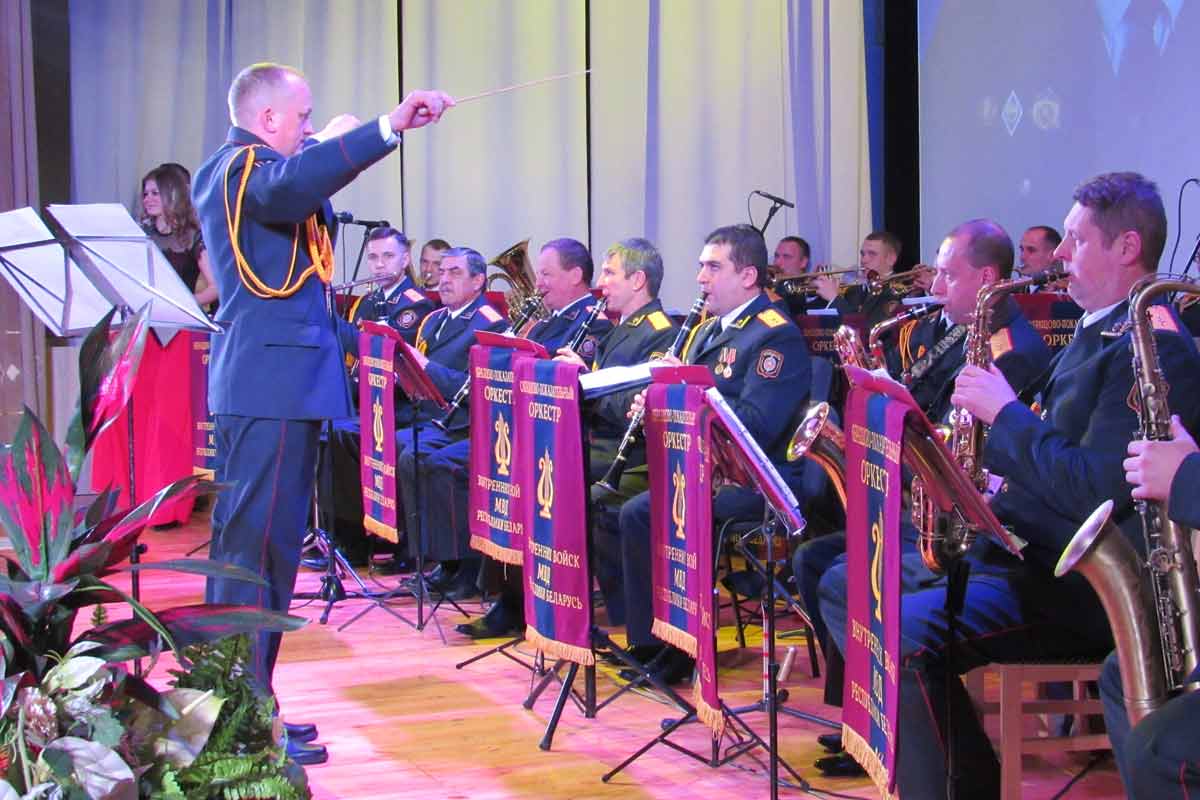 This evening, Anastasia Vasilenko, a participant in the Garmon FM radio project (Russia), and soloists of the honored team of Belarus of the Song and Dance Ensemble of Interior Troops under the direction of Major Anton Markelov performed with Konstantin Tsybulsky on stage.

The heartfelt poems, music, talented performance, sincerity and charisma of the author made the meeting special. And the final song "Shield and Sword of My Power" on the main stage of the university was performed not only by all the participants of the concert, but also by the Academy cadets.

By the way, this song was written for the centenary of the Belarusian police. The words of the poet Konstantin Tsybulsky and the music of the national artist Leonid Zakhlevny immediately found their listeners - the song was loved by many. At the creative competition announced to the sign date of the Belarusian law enforcement officers, the song “Shield and Sword of My Power” won the first prize.

The concert program ended with loud applause and the presentation of the maestro and all the participants of the evening with flowers and souvenirs from the leadership of the Academy of the Ministry of Interior.