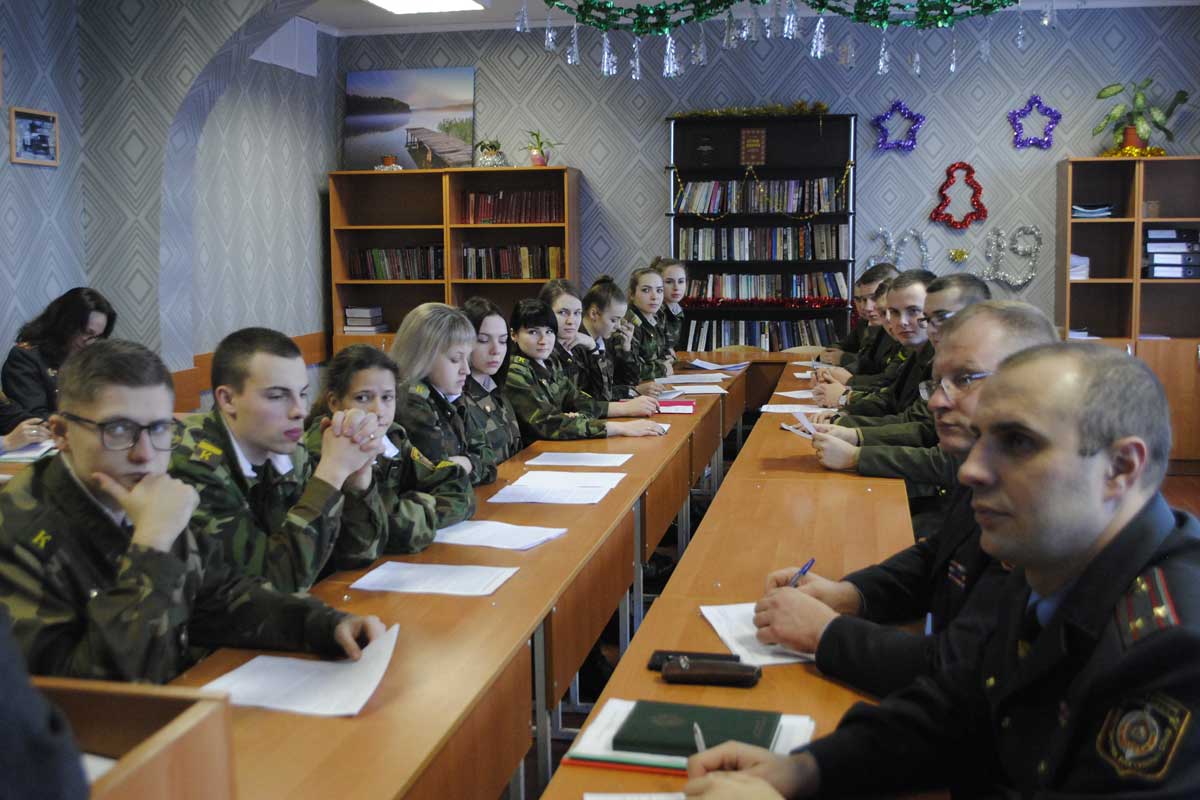 Topical issues of penal law, criminology and anti-corruption discussed at the penitentiary department of the Academy of the Ministry of Interior.

On the initiative of the Department of Penal Law on the basis of the Faculty of Penitentiary, the IV cadet scientific round table was held. The event was organized within the framework of the activities of a criminological research laboratory operating on a voluntary basis under the guidance of Doctor of Historical Sciences, Ph.D. in Law, Professor Valery Ananich. The forum is devoted to topical issues in the field of penal law, criminology and anti-corruption and is timed to the 25th anniversary of the department.

The scientific dispute was opened by the head of the department, police colonel Oleg Savastey. In his welcoming speech, he touched on the importance and significance of the formation and development of the cadet scientific community as a source of the formation of the competencies necessary for the qualitative performance of operational and official tasks.

The head of the department, PhD in Law, Associate Professor Lieutenant Colonel of Police Nikolai Kiyko and Professor Valery Ananich also spoke at the opening of the event.

A lively discussion of the forum's themes unfolded in two blocks: a number of cadets chose to study the problems of criminal-executive law, while others liked issues related to criminology and combating corruption. The experts were the leadership of the faculty and the faculty.

More than twenty participants discussed current issues, among them cadets from not only the penitentiary department, but also the police department presented their scientific developments.

Conducting such events gives a powerful impetus to the further improvement of not only scientific activities, but also the development of the scientific potential of the cadets of the militia university.