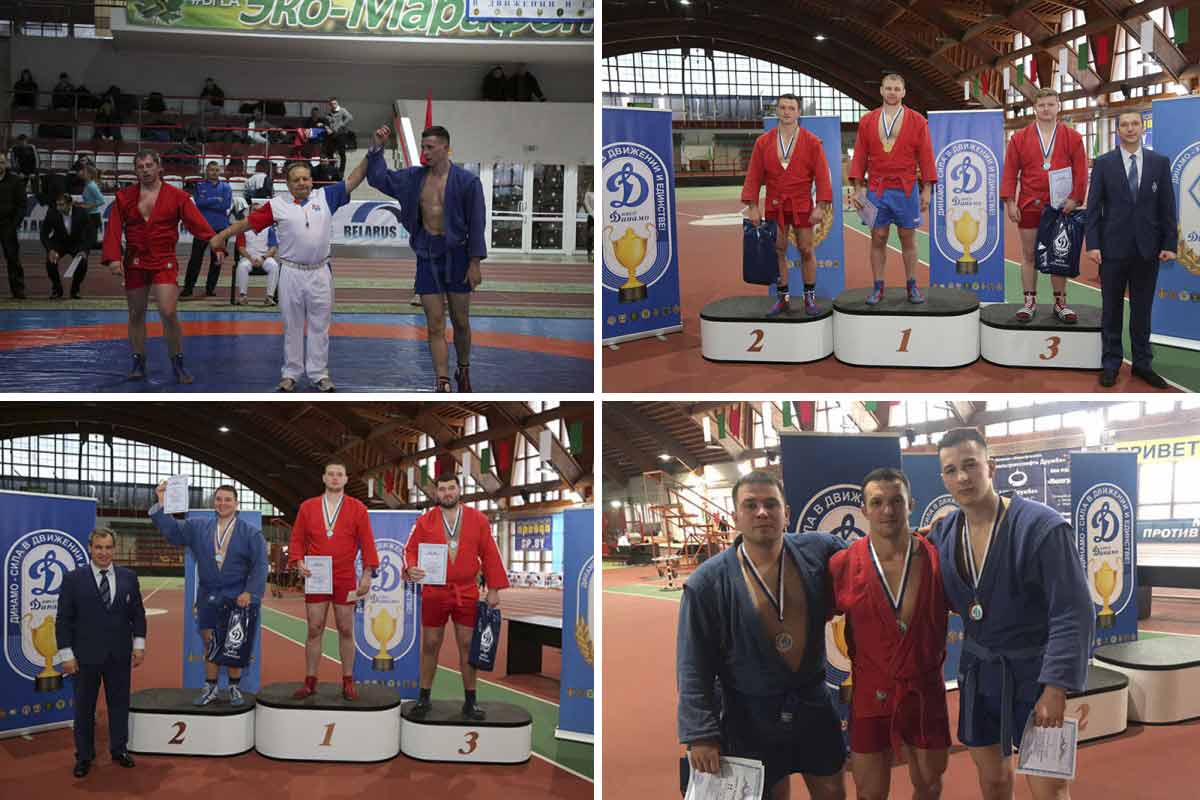 The BFSO "Dynamo" self-defense championship, held in Gomel, brought awards to representatives of the Academy of the Ministry of Interior.

During the two days of the competition, performances of the first round and preliminary fights in all weight categories were held. The third day determined the winners and prize-winners.

In the individual championship in the first round, the best equipment was shown by the teachers of the Department of Applied Physical Training of the Academy of the Ministry of Internal Affairs, senior militia lieutenants Maxim Kazachenok and Vadim Rudko.

To reach the final, at the second stage of the championship, in sambo, each participant had to hold several meetings. Our athletes showed an active and purposeful struggle. Pavel Novichkov and Maxim Kazachenok won the silver, third-year student of the militia department of the ordinary militia Roman Damiev won the gold medal.

The future officer for the first time participated in the BFSO Dynamo Championship. The competitions traditionally gathered the strongest wrestlers, which the cadet was helped by the accumulated sporting experience, including winning the Republic Championship, hard training and self-confidence.