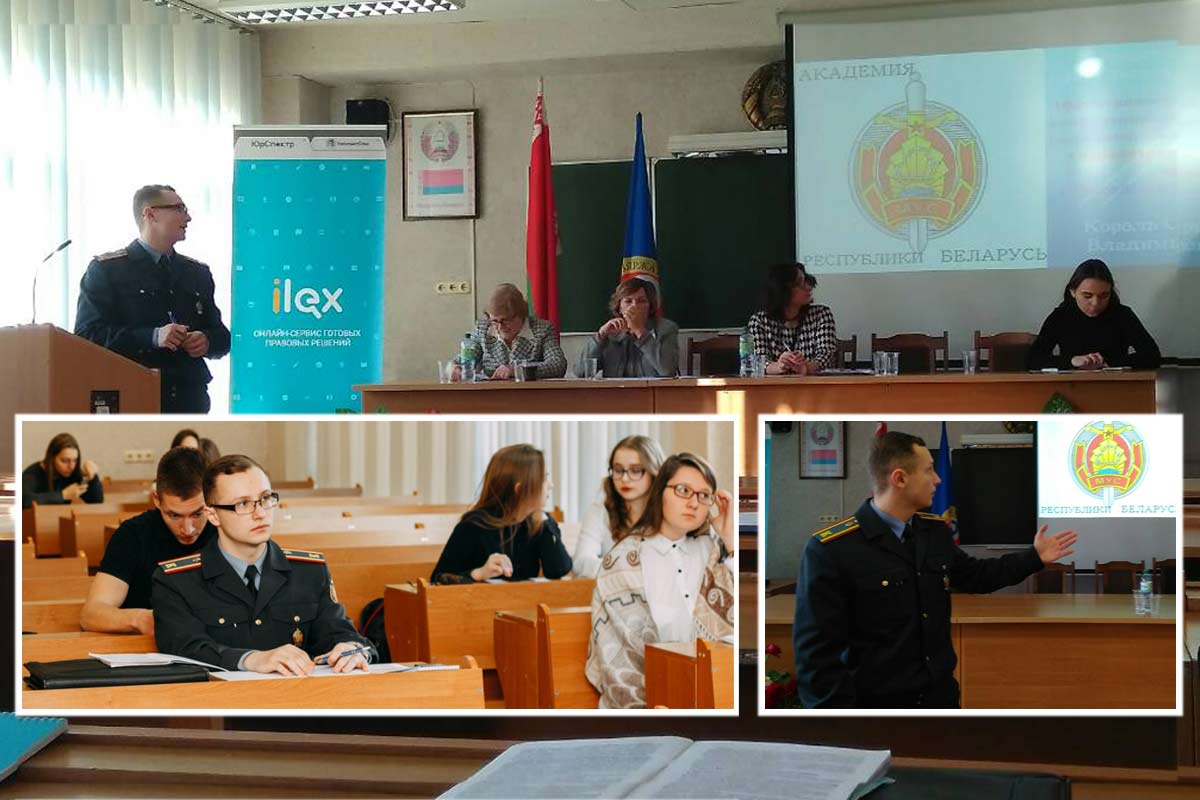 The cadets of the Academy of the Ministry of Internal Affairs are recognized as the best among the participants of the Republican scientific-theoretical conference in the field of law.

On the basis of the Belarusian State Economic University a republican scientific-theoretical conference “Belarusian law in time and space” was held, in which 200 students, trainees, undergraduates and graduate students took part. Cadets of the Academy of the Ministry of Internal Affairs, representing the scientific community “Operative”, which is organized on the basis of the Department of Operational-Search Activity of the Faculty of Militia, have joined the discussion of the problem.

In the section “Modern Problems and Prospects for Improving Public Law Branches of Law”, a first-degree diploma of the best report was received by cadet 4 “B” of the course of the militia faculty Vladislav Kravets (supervisor - senior lecturer of the department ORD, candidate of legal sciences Igor Shamatulsky).

In the section “Modern Problems of Theory and History of State and Law”, a second degree diploma was awarded to a cadet of the same course, Sergey Korol (supervisor - head of the department ORD, candidate of law, associate professor Alexei Tukalo).

According to the materials of the department of operational-investigative activity