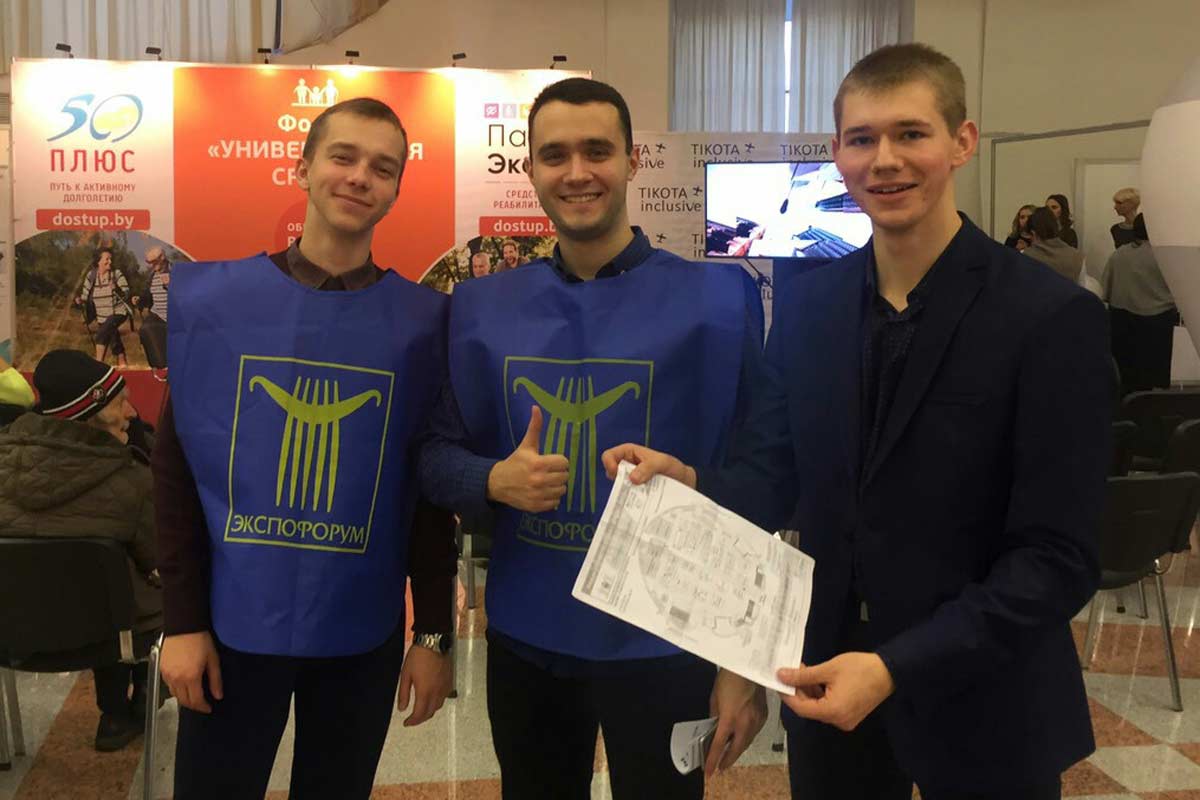 The Academy of the Ministry of Internal Affairs held a number of social events dedicated to the International Day of Disabled Persons. Volunteers of the militia department went first to the addresses of assistance.

Recently, the cadets of the first and second courses took part in the republican action of the Belarusian Republican Youth Union "We choose to help older people!" Future officers visited the veteran of the Great Patriotic War, Senior Lieutenant Retired Tamara Alekseevna Zavgorodnaya. In the past, she managed the special library of the Minsk Higher School of the USSR Ministry of Internal Affairs, as our university was then called. Now the police alma mater invites Tamara Alexeevna to concerts and all her significant events, and the volunteers have become regular guests at her home: they help with the housework, congratulate them on state, professional and personal holidays.

Tamara Alekseevna is always ready to share her memories, and cadets are interested in asking about the war years. A veteran talks about his service as a radio operator and coder in the southern task force to lead the partisan brigades of the Oryol region, as well as about his work as an inspector of the central headquarters staff’s encryption department in Moscow. The veteran has the medals "For Courage", "For Military Merit", "Partisan of the Patriotic War" II degree, "For Victory over Germany in the Great Patriotic War of 1941-1945", Order of the Patriotic War II degree.

At the Academy of the Ministry of Internal Affairs, it also became a tradition to visit the special home for veterans, the elderly and disabled people No. 1 of Minsk. Representatives of the 3rd and 4th "B" courses of the militia faculty went there from the university "primary organization" of the Belarusian Republican Youth Union. The guys asked the elderly what help was needed, and got to work. To fix broken things, to make a permutation or cleaning in the room - the cadets tried to fulfill each request.

At the end of November, an important social project was implemented in Minsk - the international forum Universal Environment - 2018 and the exhibition-fair for the older generation 50 plus. Among the volunteers at the event worked students of the Academy of the Ministry of Interior.

Following the BRYU activists, faculties and individual courses organized visits to veterans. The older generation welcomes such events and always gladly tells the children about their professional path, shares their wisdom in life, asks about the everyday life of the university, such as retired police officer Alexei Alekseevich Petrov, for example, who were visited by 2 В B ’students of the faculty the militia. For many years he dedicated to the work of the law enforcement officer, served in the patrol group, and then in the duty unit. He came to the Academy of the Interior Ministry as a weapons inspector. Here, in a police college, a veteran worked for 12 years.

Another important date did not go unnoticed. Our young people took part in the World AIDS Day celebrations. The faculties held thematic meetings with medical specialists, who described in detail about the disease. The cadets also gathered a lot of information from thematic videos and documentaries. And at the penitentiary department there was a whole dispute with the participation of future officers taking the first steps in science. In the meantime, the most creative guys directed their efforts to create posters dedicated to the day of the fight against AIDS.