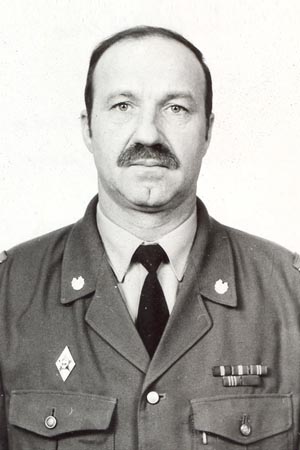 From August 1983 to June 1985, he performed international duties in the Democratic Republic of Afghanistan in posts: Assistant to the Chief of the Political Department for Komsomol Work, Deputy Commander of the Political Section of the Motorized Rifle Battalion of the 395 Motorized Rifle Regiment of the 201 Motorized Rifle Division. By skillful and independent actions contributed to the successful accomplishment of the tasks facing the division. For the courage and bravery shown with the participation in the fighting, awarded the Order of the Red Star.
For exemplary performance of official duties for the period of service in the internal affairs bodies, he was awarded medals "For Perfect Service" 3 and 2 degrees, jubilee medals.