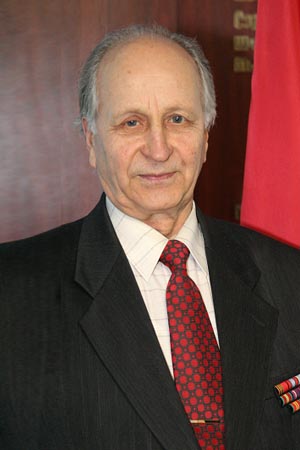 From October 24 to November 10, 1956, he took part in combat operations in the counter-revolutionary struggle in Hungary as commander of the division of 1 mortar battery of the 381 Guards Parachute regiment of the 31 Guards Parachute Division.
For more than 20 years (from August 1976 to November 1996) he devoted his services to the Minsk Higher School of the USSR Ministry of Internal Affairs, the Academy of the Ministry of Internal Affairs of the Republic of Belarus. He made a significant contribution to the training of specialists for law enforcement and patriotic education of youth.
During his service in the internal affairs bodies he was awarded medals "For Irreproachable Service" of 3 and 2 degrees, "Veteran of Labor", jubilee medals.