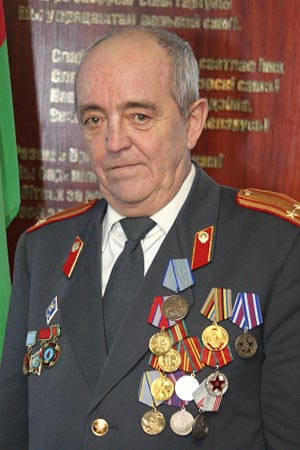 He was in the Democratic Republic of Afghanistan from September 1980 to March 1981 as part of the special task unit of the Ministry of the Interior of the USSR "Cobalt-1", was among the first volunteers from the Minsk militia, who had died to fulfill international duty. In the indicated period, the system of rendering assistance to the Ministry of Internal Affairs of the USSR to the Ministry of Internal Affairs of the DRA only began to be adjusted and the first "cobalt" was particularly difficult. Being on a foreign trip, Skoblya SM. in a difficult situation acted resolutely and boldly. Repeatedly participated in military operations to destroy the rebels. During one of the operations on combing the terrain, I found a rebel trying to hide and destroyed him in a firing shootout.

For conscientious fulfillment of the international debt, courage shown was awarded the medal "For Courage".