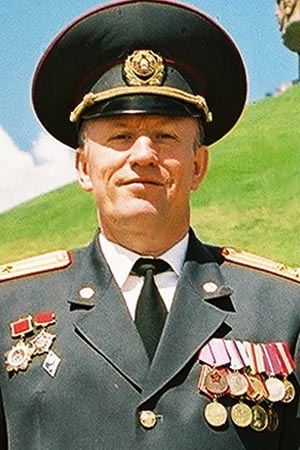 Colonel of the militia in reserve

From September 1986 to July 1988, he was in the Democratic Republic of Afghanistan as an adviser to the Central Committee of the Komsomol under the Central Committee of the Democratic Youth Organization of Afghanistan.
During his stay in Afghanistan he made a great personal contribution to the military-patriotic education of youth, the recruitment of the armed forces of the republic, the formation of youth battalions, the creation of a system of initial military training in educational institutions, and the conduct of military education among young people. At the same time he showed high professional qualities, he did not lose his self-control in critical, difficult situations.
For showing courage in fulfilling an international duty in the Republic of Afghanistan, he was awarded the Order of Friendship of Peoples, medals for the Internationalist Warrior from the Grateful Afghan People, 10 Years of the April Revolution of the Republic of Afghanistan, For Labor Valor.