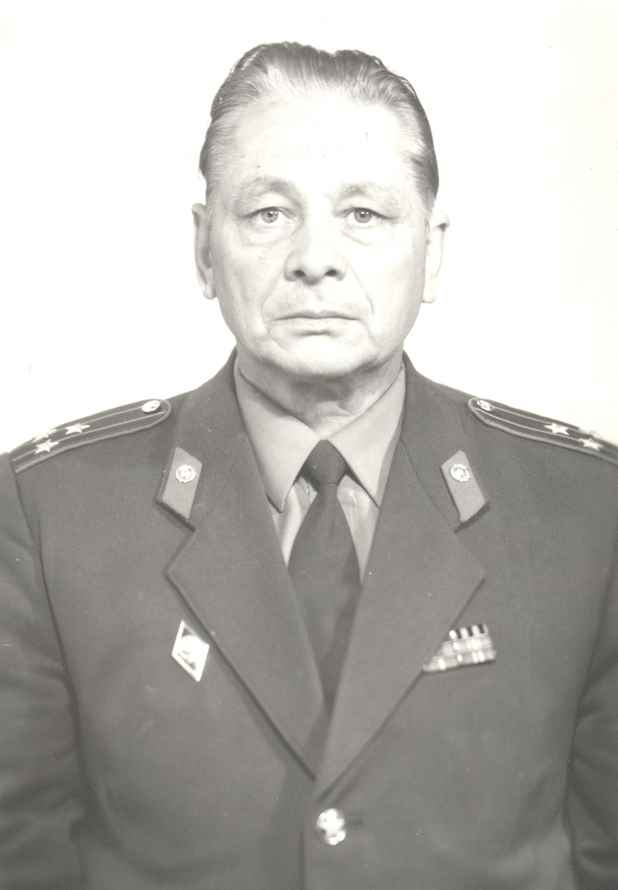 He was born on February 8, 1926. In the past, he was a senior lecturer at the Department of Administrative Law and Scientific Foundations of Administration in the Internal Affairs of the Minsk Higher School of the Ministry of the Interior of the USSR, Candidate of Juridical Sciences (PhD in Law), colonel of the Militia.

An ordinary fighter of the 121st Red-Partisan Brigade of the Mogilev underground RC KPB.